I have just received my X Carve with great excitement.

Unfortunately on the step “Mounting the Terminal Block”, it became apparent that the holes in the terminal block do not align with the tapped holes on the X carriage. It looks to be about 1mm off centre, but that is enough to prevent screw advancement.

You can see the misalignment below (the other screw has already been threaded partially into the other tapped hole).

I recommend that the Inventables crew compare their current batches of terminal blocks to ensure that some small measurement change hasn’t created a systematic problem in your kits when fixing to the X Carriage. 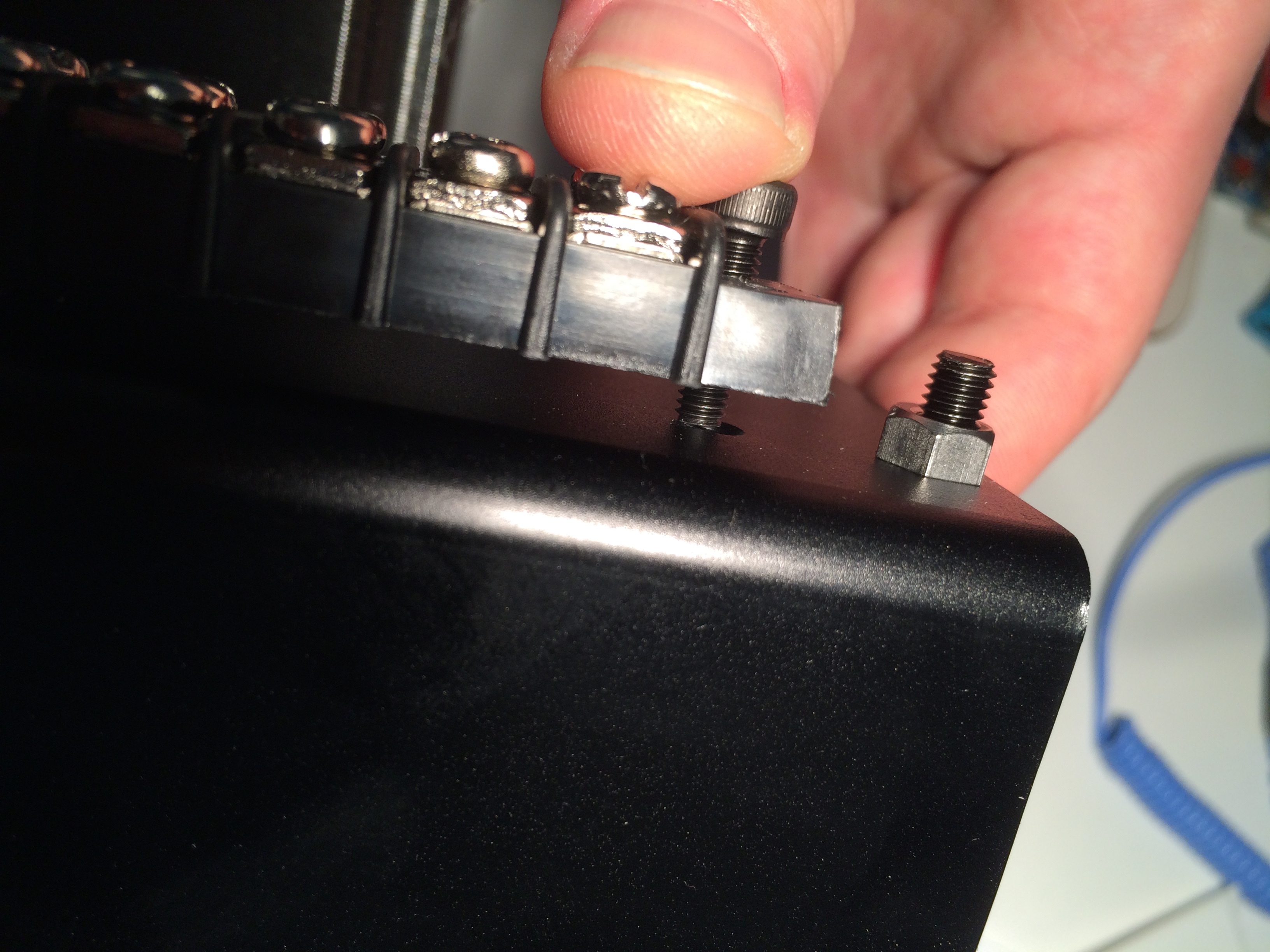 Yeah mine was off too. Just a tiny bit but plenty to cause the screw not to work. Seems like there are variations in their suppliers as new stock comes in as I had this problem and now dealing with an irregular movement as the X carriage slides.

The terminal block is obviously made of a poly substance and as such variations do occur, especially when sourcing components from multiple manufacturers as Inventables does.

You hit the solution on the head, ream one hole out just a bit. I did the same. It’s not a function specific part other than being secured to the assembly.

@DavidLovely, sounds like you need to bump the potentiometer up just a bit on the gshield. Also a common issue. Do a bit of searching on here, there’s alot of info about it.

@JkWestphal this is without the electronics, not even to that step yet. No belts or anything just hand movement on the X Carriage feels like a bike going down railroad ties! More info discussed here: V-wheel "indenting"

Also prob be best when/if they change suppliers they test fit the new part as to put a small warning on the instructions as with the different types of stepper motors they have come across from other suppliers.

mine was off to and i ended up cracking it when i tightened it down. i was able to flip it around and used the other holes which fit better.

Yep, drilling it out one side with a 5.5mm bit seemed to be the right balance between creating enough room but not cracking/weakening the block.

Bah. Mine has the same issue…

I’ll ask for a new one. I’m not drilling new holes in my machine.

With a new part you may find the same issue. What I am suggesting, and idid myself is to enlarge the hole in the terminal block. Not drill another hole in the machine itself. If you dont feel there is enough material on one end to make it work, take a little less out of both ends.

I agree with @jkwestphal, small issues like this that will be much faster to resolve on your own and keep moving forward. This was my first “whaaaa?” moment during install, but not the last.

I happened to see this same terminal block at Lowes for about $6 in case anyone needs a backup.

Mine was the same, took it to the drill press and enlarged the hole in the terminal block. Too easy… Took all of 2 minutes.
Why would you go to the trouble of asking for a replacement ?

Asking for a replacement is not “trouble” in my view.
I have to wait for a V-wheel from Inventables in any case. By the time a replacement terminal block arrives, the wiring on the X-carriage should be the only thing left to do. I am in no hurry to get this thing up and running.

Fun fact: I got a bag with 19 V-wheels and 1 extra Smooth Idler wheel. That was my first “Whaaaa?” moment.

I’m finally assembling a machine received back in what…May I think? [shame!]

My only “whaaa?” moment so far was trying to use an M5 nylock nut that just bloody didn’t want to thread…finally looked at its inside in good light up close beneath the bifocals (yep, eyes suck) and it had no threads. Made it thru their supplier’s QC smooth as a baby’s butt.

If that’s the worst that happens this will be the easiest built kit (in terms of assembling like they say it should), ever. So far highly impressed with the bagging organization and instructions, and attempting some of the other good user-suggested mods (spade solder-on terminals for the screw blocks w/ heatshrink, etc) as I go.