I definitely need to find small bits with a longer loc. Maybe tapered ball end mills would be good. 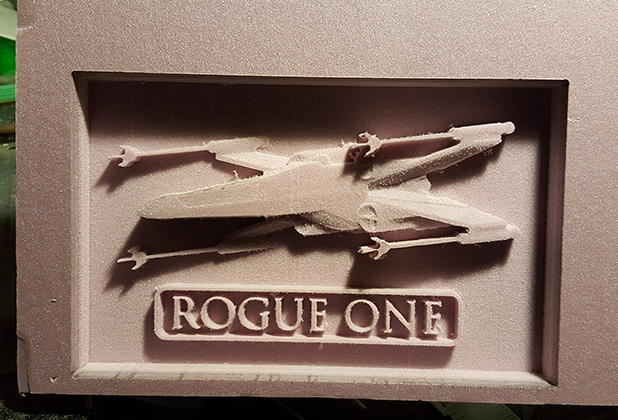 Tapered ball nose are great bits, much more durable then tiny ball nose and you can get some nice long ones.

What are you using for your design software?

(Sshhh, he is the master of Aspire)

I made a full 3d model of the xwing and did a non uniform scale at an angle that made the whole model less than .75" thick. Any cad/modeling program could accomplish the same thing. I lost a lot of detail in the Z so in the future that would have to be exaggerated as well as using more appropriate tooling. Overall, I think it could work for certain things.

Aren’t we all lol

I think a BN would do wonders for the detail maybe some tilt and fade to round off the sharp edges.

Yes. I used a 1/16" endmill as it was the bit with the best reach I had. I think in the future, I would process it twice: do the scaling and then take some of the details and extrude + and - on the Z to add some features.

Playing with the smoothing may help out as well. Im just learning Aspire so take this for what it is LOL. Did you trace this from a bit map? Im asking because im trying to find some Disney Models for a toy box I plan to build for my son.

no, I built a full 3d model first.

Now that’s awesome! You should make it bigger, slice it up and have it coming off the wall about 8". That first cut does that model no justice… What software is that? 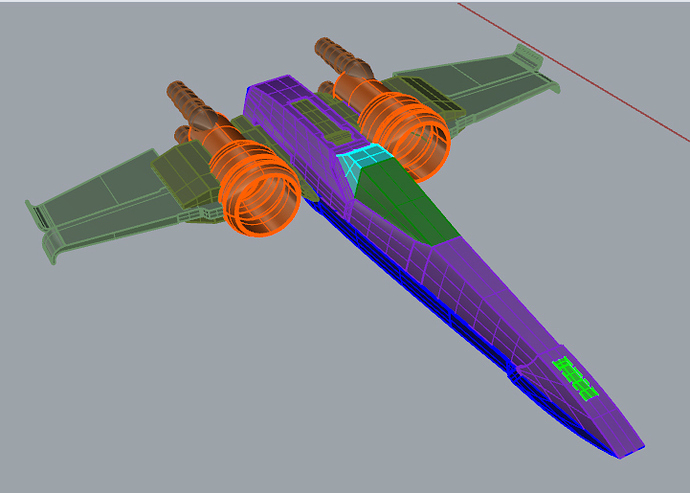 I’ve been using Rhino since the 90’s when our shop switched to it. I’ve convinced a few companies I’ve contracted for to invest in it over the years. It’s great software.