I thought about painting it, but I kind of like the colour. I do think I’m going to replace the power cord eventually. I’d like it to be longer so I can feed it through the drag chain. Hopefully I can find a good replacement that has shielding so I can reduce interference with the other electronics. For now I’ll have to grab some zip ties and attach that cord to the outside of the chain.

Yes! I’ve been just picking away at mounting this for the last couple days. Not that it takes that long, I think the whole installation maybe took 30 mins, but I had some hold ups getting the right shim.

I’m hoping to get in there tonight as long as I can get my computer up and running again as I just upgraded from XP to 7.

Quick question to those of you who have installed the Dewalt mount, did you have to use different screws to mount your delrin nut, as in different than the ones used with the stock mount?

The stock screws were way too short, lucky I had some spare 20mm screws (they were almost too long, but worked out). I can’t remember if the mount came with new screws or not, I could have lost them as I got it a while back.

I’m pretty sure my Dewalt mount came with a bag with all the screws I needed.

That could be true, I had the screws for closing the mount, but I must have misplaced the nut mounting screws some how, funny how that happens! Thanks!

I received extra screws as well.

Well then, I wonder where mine made off to! Was length were they? Maybe they will show up one day.

I was wrong. The 611 mount only came with the mount closing screws and the Delrin Nut screws.

Hmmm that’s strange, I just looked at the product page and it lists that it comes with new mounting screws for the delrin nut. Maybe yours ran away too!

That’s right, I have a total of 5 screws that came with it. 3 for closing and 2 for Delrin, but none for V-wheels

Oh that’s what I thought you originally meant.

I was wrong. The 611 mount only came with the mount closing screws and the Delrin Nut screws.

I had read the above as you didn’t have screws for the delrin nut, it’s been a long day.

Everything is looking good on my end, still haven’t cut anything, but I got my computer up a running (that was a process and a half). Had some technical difficulties, turns out the screencast software I found is a huge memory hog and something that should have taken 15-20 mins took about 1hr and 30min!

All is good now, though I doubt my screen cast turned out 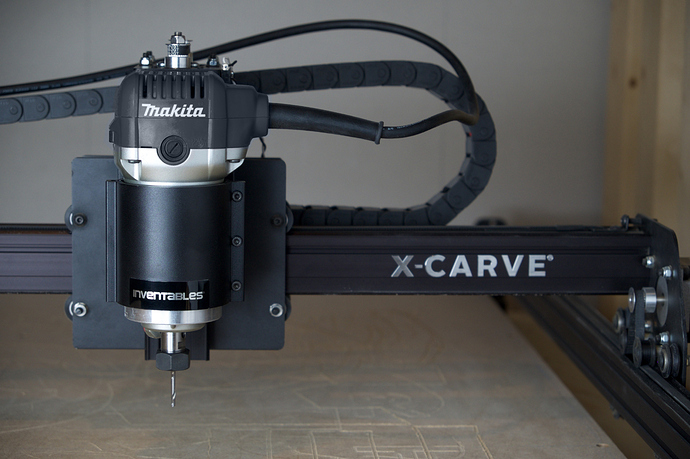 Thanks. Literally just 5 minutes in Photoshop

Mine’s silver, at least the Makerslide is. The rest is boring black.

I like the black rails, but I am putting some accents on it. I purchased some purple expanding wire looming. But hey it’s all personal preference! 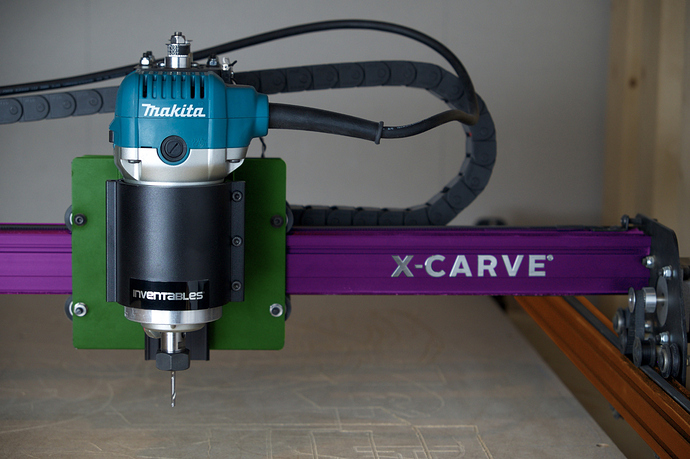