Any Walking Dead fans on the forum?

They reached out and asked what you could make on the X-Carve or Carvey that would be cool. Anyone have any ideas?

Huge fan! I’ll see what I can come up with.

Love the show, but can only watch what’s on Netflix since I don’t have cable. Starting from Season 1 again just to see little details while I wait for Season 6 to get released.

I don’t have the materials or design programs to do it, but I bet a lot of TWD wallpapers would make awesome lithophanes. Maybe @picengravertoo can provide some input about them? 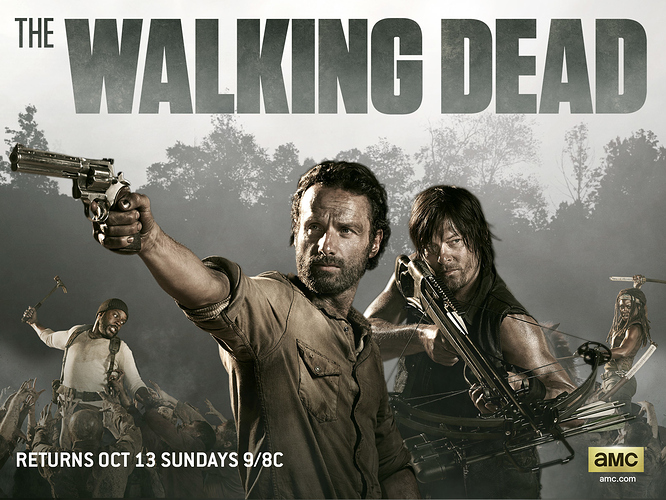 Interesting. What about props?

Not necessarily a prop, but it would be fun to make a zombie head. With the right software to design slices from a modeled head (like an MRI), you could cut the slices and glue them together and use a Dremel or similar to clean it up.

Ever since I saw the picture below, I’ve been tossing around the idea of making something’s head out of slices like that and mounting it on the wall. A set of zombie heads would be interesting and fun for Halloween… 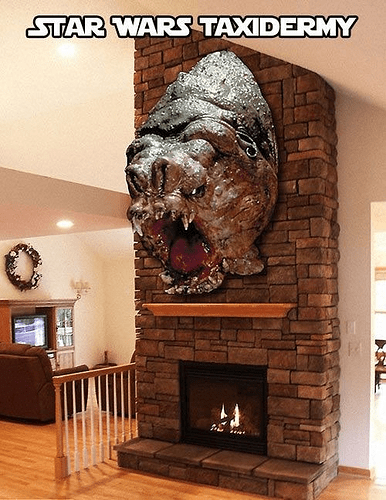 prepping this file to cut into hd urethane board 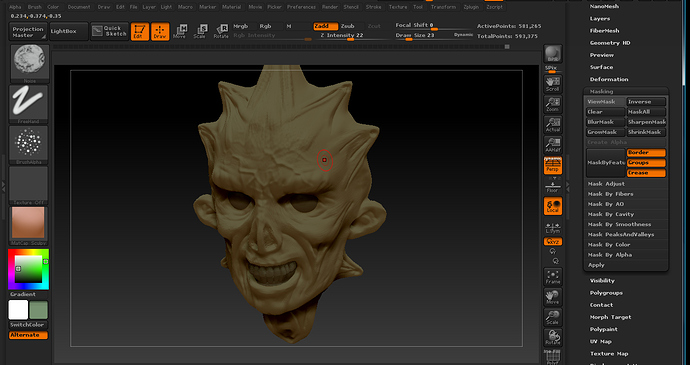 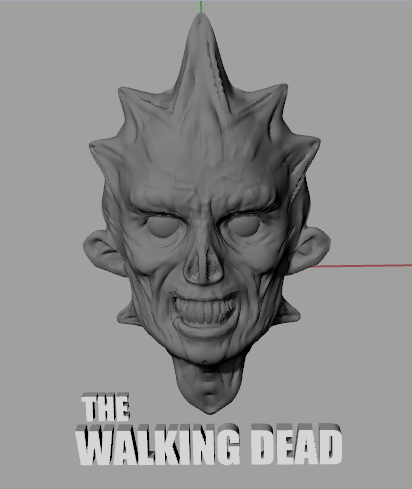 @JDM - please keep us posted on your progress, I’ve been wanting to tackle carving some wooden masks for quite some time, I have an STL file but haven’t had the time to experiment with how to cut it…

Which program is this?

Hey,
I think we could make a wood or Plastic carved sign or crosbow holder with the Design from the daryl dixon vest wings.

Because Everyone connects it with TWD when he sees the wings.

For example with the Text: fight the dead, fear the living. 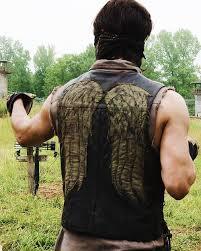 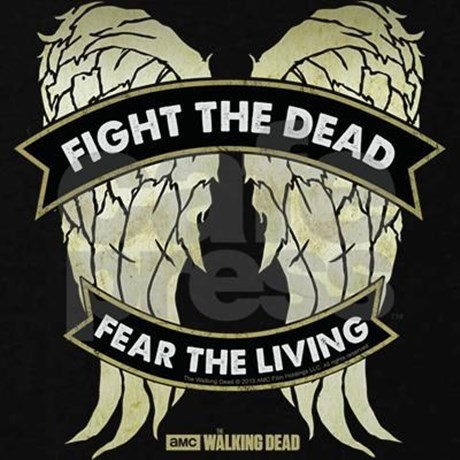 A carved book, wich hides a survival pack, with a knife, rope and so on.

I am in a creative phase i think

King County Sheriff, a prop for decoration, or as a wall-sign.

Carved in Aluminium with a brass inlay for example. 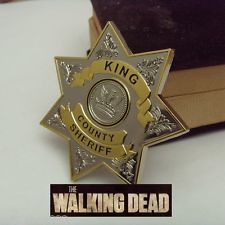 One shot per zombie kill could get you pretty wasted in no time for some of the shows. Probably need 5 shots per main character death to help you cope with the sadness

with the rate they take down zombies probably have to do a 10 zombies to 1 human ratio and a Main Character will take 5 shots. Not a game for binge watching a season on Netflix

What about a Daryl vs zombie shooting game?
A small rubber band powered crossbow, firing foam or table tennis balls at a row of spinning or falling zombies in a stand a bit like duck shoot.

I have an idea. I love the series and I think the iconic Walking Dead items would be something like the “Walking Dead” logo carved into a wooden sign surrounded by Rick’s revolver, Darrel’s cross bow and the Handle of Michonne’s sword protruding out from behind the words and beyond the frame of the wooden sign.

Hard to describe in words but I can see it clearly in my mind.