There's Always Room for Another Type of Failure

Unfortunately it caused me to lose an entire day of free “EASEL Pro”. This V-Bit was pretty much brand new having been used only about 5 times. Feeds and speeds were typical of previously similar projects … before anyone starts screaming that…

I mean, I would expect the tip to break off prior to the entire V-Bit sheering from the shaft. 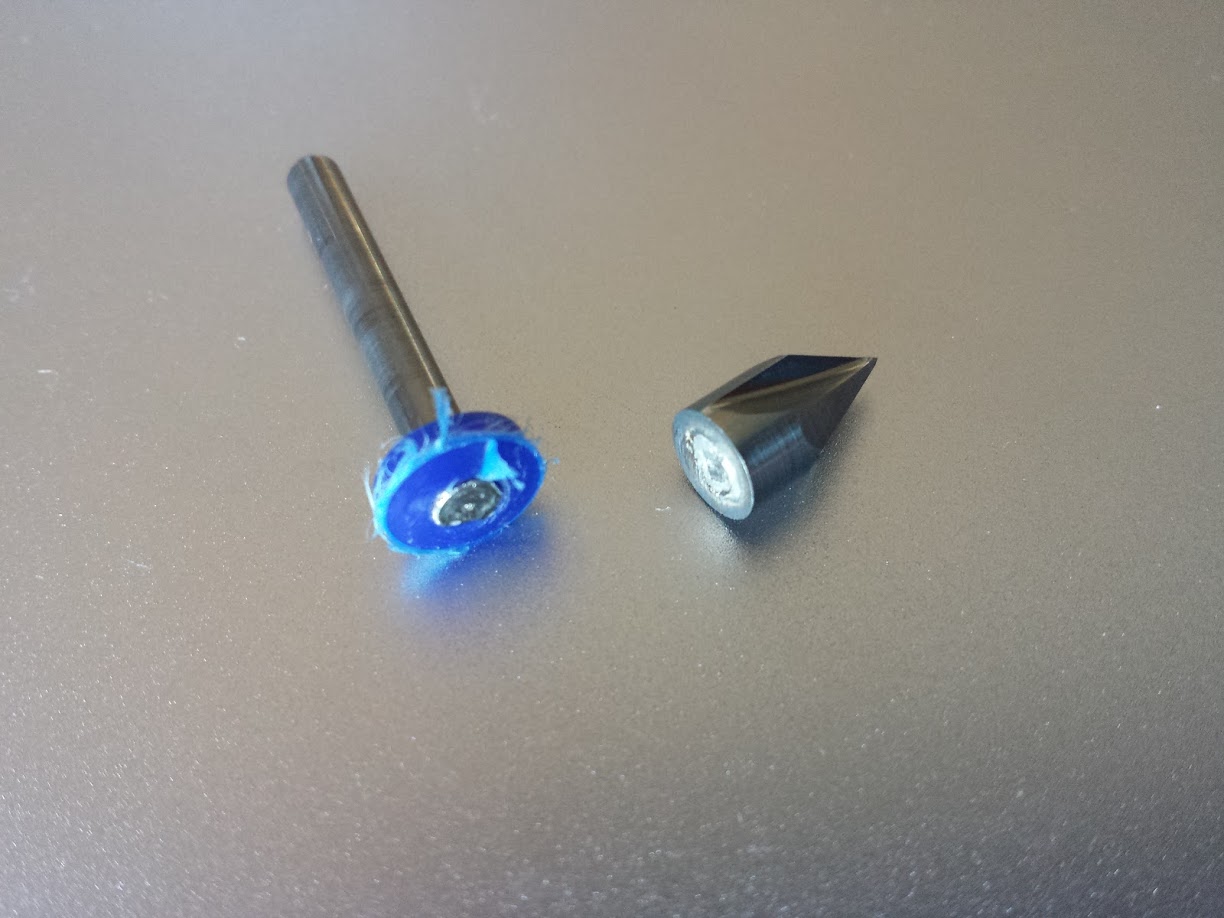 Is that possibly a solid carbide cutter brazed to a 1/4 shank?
Looks to have failed at the junction.
So how did it ruin tour project?

It is the Inventables’ V-Bit so I am almost positive that the entire tool is not carbide.

Only time will tell if the project is recoverable; It was a very shallow carve so there was never any chance of the router slamming into anything. Luckily, it is something for me and not urgent. This was just my only 60 Deg. V-Bit, and a strange mode of failure.

Sorry to hear about this bit breaking! If you’d like, you can contact our CS team at help@inventables.com and they can help determine what went wrong.

I am sure it is a metallurgical thing where the actual V-Bit was brazed to the shaft. I have others on the way and I will be back at that same project soon.

What happened to the plastic depth collar?

My only guess is that the V-Bit was sitting upright somehow, at least for a pass, and the plastic ran into it. Well, that or the shearing of the V-Bit to shaft did not occur instantly, and there was some plastic deformation which might have allowed the V-Bit to spin around the on the shaft until finally breaking off.

Those are just guesses because when I found it the machine was just doing its thing as if nothing had happened and the V-Bit cutting head was sitting on its side in the middle of the carve.

Like I said, it is just an interesting failure that I have not had previously, and I, like most people who have owned their machines for a while, have found very interesting and “fun” ways to crash and/ or break things regularly…