This week's signs - and texas is shift us to the right!

So 2 signs this week and I learned how texas is shifting us all to the right… (relax this isn’t political, it’s simply geometry)

My wife is a veterinarian and I was making a sign for their hospital (a specific no parking sign) but figured I would put their logo on the sign, and once I got the logo into carvable form figured I looked at it and thought it would make a cool sign on the front desk by itself: So my wife’s animal hospital, which is part of VCA (well now that is part of Mars Inc - yeah the candy guys, they bought VCA and Banfield). Anyway, I took their logo and put the hospital name inside the logo and carved it (I use VCarve Pro from Vectric and CNCJS). I carefully CAD’ed up 2 stand legs on the back to create the desired angle and cut them out on the x-carve. Put it on the table. Damnit, whoever made the logo didn’t bottom align the words with texas (was it too much to ask for the letters to be height matched to the graphic?) So now I am cutting out feet that attach at that angle and wrap under so they are different heights (they fit into a pocket on the back - imagine a V lying on it’s side) and I have to use a japanese style furniture saw to cut the legs off the back and replace with the new ones. this is the problem when I don’t design my jobs in CAD overall (this would be a painful sign in a regular CAD program) but a cad program would have rendered that whole 3D assembly noting that texas was lower than the leg bottom. For those who care that is 1x12 poplar - unfinished. I will probably water-seal it just so it is cleanable for those accidents that happen at an animal hospital. 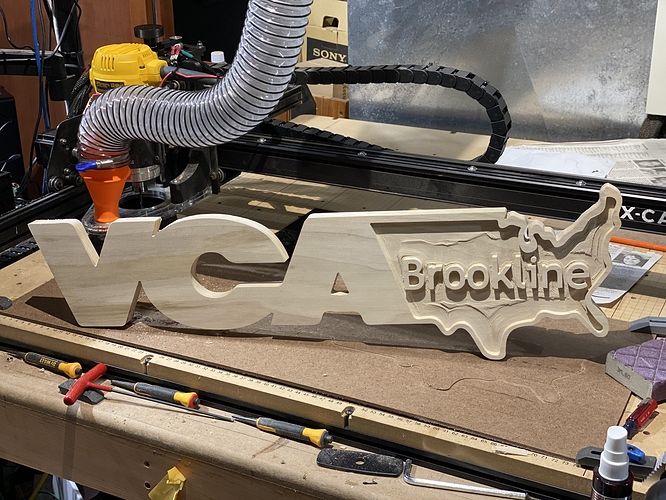 Then my hospital boss (I am a physician) saw this and wanted one for our division (hospital medicine - known at my hospital as HMED). We just got new furniture on our suite (it’s a big suite since my group is 123 doctors! when I joined we took our annual team photo in front of fireplace, now we can barely fit on the front steps of the hospital). Anyway, unlike the VCA logo, our logo (our hospital just merged with a few others is a folded origami bird [or at least I think that’s what it is]) and since I was making the logo from scratch for our group I made sure that the bottom was flat and the logo pointed out the side of the H. There was a strange problem that a few of the paths didn’t cut on the bottom level of the pocket. I’ve had this before where specific paths didn’t mill. I wasn’t expecting a mirror finish, but that’s like .02" or some thing. 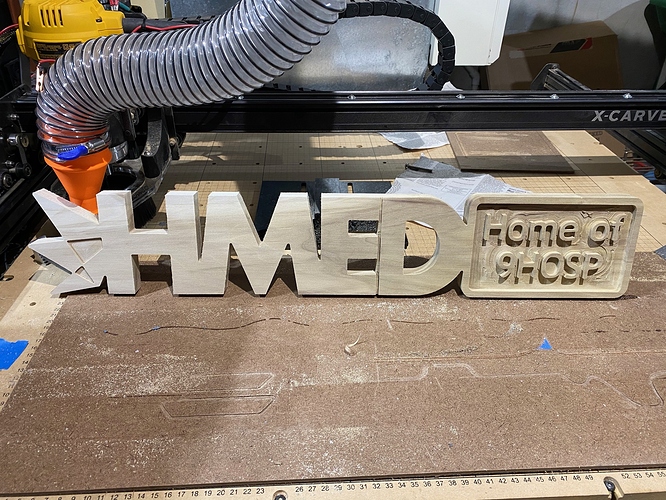 And before someone goes on a tech rant, yes we use pagers, yes we are a very high-tech hospital that is more than capable of using phones (we have our own fairly large iOS dev team in fact) in place of pagers, but pagers have some technical advantages over phones in certain situations. You can actually in our paging system use a cell phone instead, but there are plenty of places in the hospital where they don’t get wifi or cell service and are unpageable versus the pagers are able to penetrate way into the building (when we offered the cellphone alternative like 5 out of 1800 doctors switched). I worked a medical emergency in the boiler room once which is way underground - no wifi and no service, but my pager worked!). The biggest advantage of pagers is when your battery depletes you just slip another AA battery in for another month’s worth of charge, versus charging a phone. Because you simply CAN’T BE UNPAGABLE! even for a minute Also not thrilled to expose my expensive iPhone to ionizing radiation in the CT scan suite, but the hospital’s pager? - fry away!

Here is my solution: 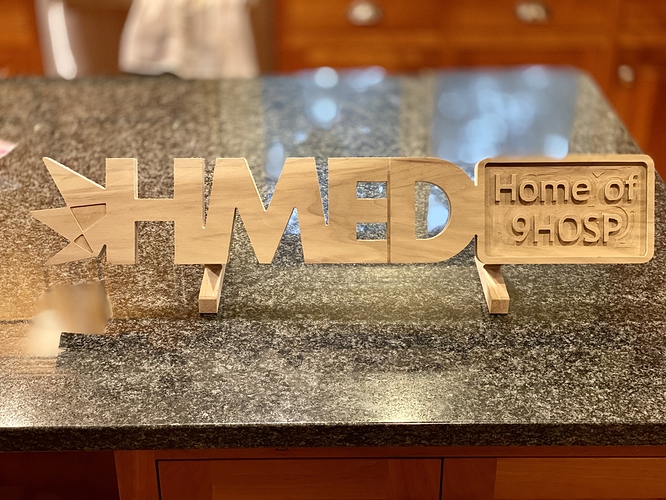 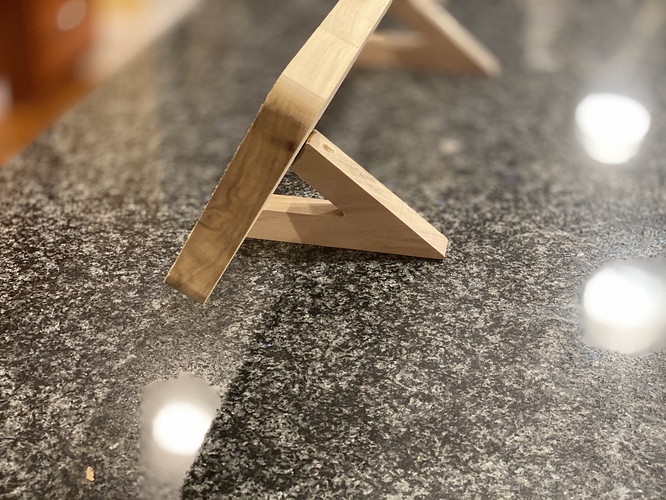 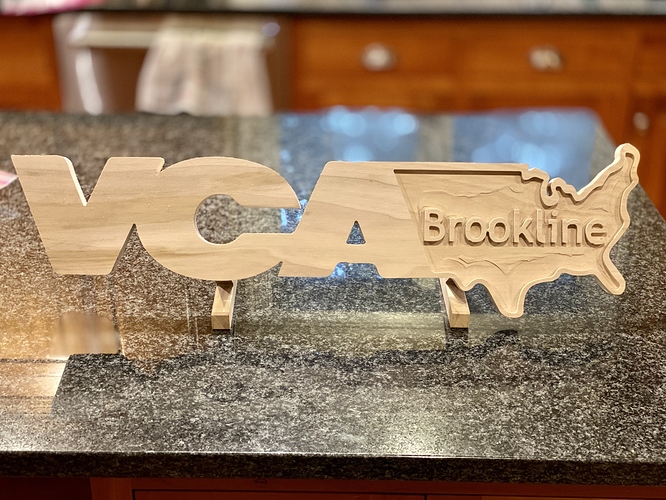 I dropped into CAD to get the angles/height correct. Didn’t want the sign too high so it would tip and didn’t want Texas or Florida to touch.

Well they lasted precisely 1 grab by my wife… luckily I have CAD! The CA glue sheared off. These are solid! As they are glued on the sides and the faces! 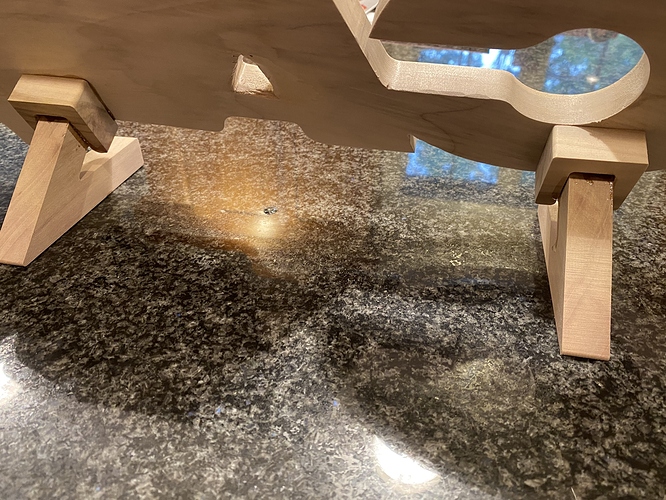