Thought I'd almost got it

Wondering if anyone has any ideas what might be causing the slew in this image? The wheels all seem fine, and the tension on all belts is about 3.5 pounds at an inch, no slipping that I can see… I have noticed that the right y motor seems a fraction of a second slower to react than the left one… maybe that’s it? 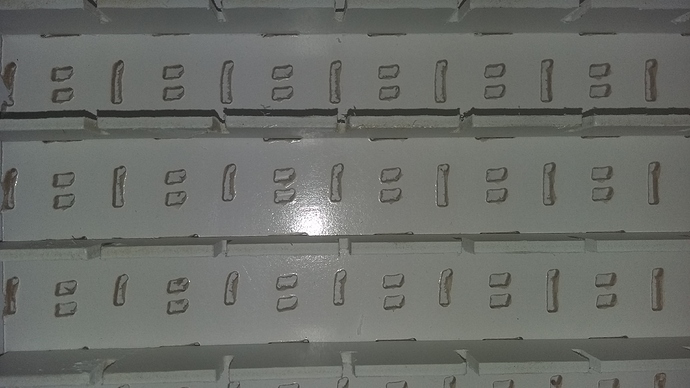 Did you try increasing stepper currents a little?
You can search this forum if you don’t know how to do it.

Here is one example discussion.

Thanks Guys, I've adjusted the pots a couple of times & removed most of the problems I was having. Because it was a pain to disassemble everything to get at the pots (I've mounted it into a cooled enclosure, mounted on the side of the machine) and because the "current too low" and "current too high overheating" symptoms seemed somewhat similar, I guess I was trying to find a better way then just trial and error. I've gotten the machine so it runs perfectly at high speed, under no load, but the…

Did you check all of the set screws that hold the pulleys onto the stepper motor shafts. Just a thought. I constantly have to retighten those.

I'm new to the forum as I recently acquired my X-Carve. I used to own a Shopbot PRT-96 that had a heavy steel Y-Axis and Z-Axis gantry and used a 3 HP router for a spindle. The PRT-96 had stepper motors were keyed and used a rack and gear instead of a belt. When I was looking at the Pulley connection on the X-Carve Stepper Motors, I was surprised to see that the shaft was smooth and didn't have a key or at the very least a flat spot on the shaft. Stepper Motors create a lot of torque. To test…

check all of the set screws that hold the pulleys onto the stepper motor shafts.

Are these older stepper motors? I always thought the current stepper motors all came with a flat spot on the shaft (see picture below); 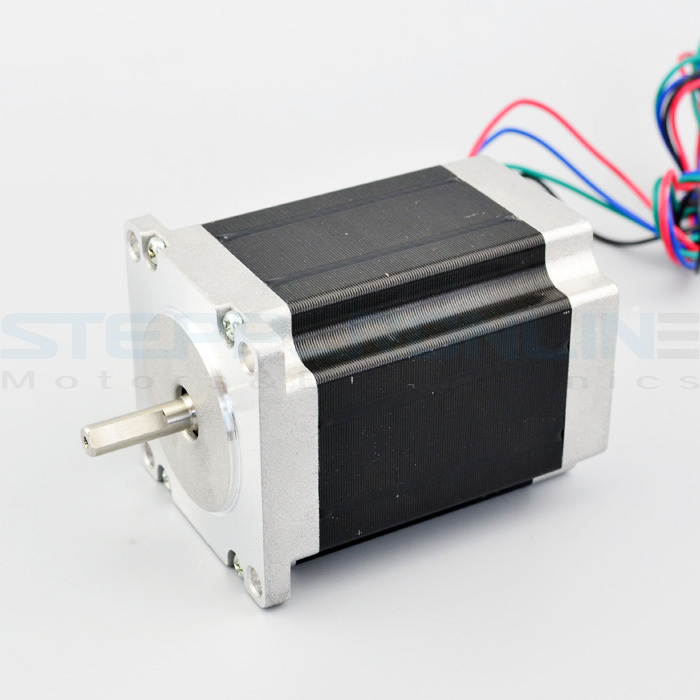 The new x-carve comes with pressed on pulleys.

Unfortunately Inventables doesn’t allow you to order 269oz. stepper motors. Maybe I will add a dab of epoxy to the pulley before I install the motors…

Thanks Phil, I’ll look into this, but I’m not aware of a straight forward way to achieve this that won’t break the bank.

However I don’t really consider using DP420 as jerry rigging. It would create an incredibly strong bond.

Thanks. I know. I should have gotten some loctite a long time ago. I have been putting it off. I feel like contact between the flat on ths motor shaft and the set screw. Is not enough engagement to keep that set screw from shifting on shaft. So I was thinking about trying the grinding a small grove in the shaft with a dremel technic. Plus some loctite. Also upon re tuning my machine. I think I stripped the hex head on my set screw. Does anyone know the size for the GT3 9mm pulleys?

Mine use M4 set screws, I swapped them out with m4 x 8mm hex head bolts. Your pulleys may be different, it all depends on the manufacturer.

Thanks guys, I’ll give the pulleys some lock tite, see how we go. The job is actually a sheet of these holes 610mm wide, and they are all in roughly the correct place, just slopped out. This leads me to believe it’s not losing steps, but is just sloppy somewhere. I’ll bump the juice up a bit on the Y motors as well.

Sorry, I haven’t read the entire forum. But thanks.

Prob in breach of clause #2 above!

Just a wild guess - but could you test to check that both motors energise properly? Disconnect one, run the other and vice versa.

I had this same phenomenon and found that one of my y-axis motor shafts had broken. This meant the one side was dragging the broken side. The shaft broke inside the stepper so it looked normal and the belt was just tight, it just didn’t transfer holding or moving torque to the belt. I did have nena 17s at the time, but this is still possible even in the nena 23.

Turns out the left Y motor pulley had no grub screws at all. Seems weird that that motor seemed as though it moved first though… anyway, I have just loctited them all and I’ll see what happens when I get it all back together. All motors are energised btw. Anyway, I’ll check back in soon to let you know how it goes. Thanks for your help everyone.