As I gather the parts for the great rebuild/upgrade, I have the wide Makerslide here for the Y-axis. I have seen a few approaches to the Y-axis gantry like a single plate, double plate, etc. My crazy idea (or at least one I have not seen yet), is possibly to use an additional pair of X Carriage Extrusions. My hope is that they would make the machine very stable since they seem to be quite sturdy. Since its purpose-built for wide Makerslide, it’s easy to order most of the components to get it running square and true. The biggest drawback I can see is the need to engineer the interface to the X-axis Makerslide, which could be beyond my skill set.

I thought I would start a thread to see if anyone had a similar thought, or even had implemented a similar solution and was willing to share their experience. Conversely, if you think this plan is destined for failure then I encourage that feedback as well.

I thought about it. Ended up going with the double plates. Still have a brand new carriage sitting in a box. To experiment with. But the plates worked out so well I left them.

I made use of the extra 2 rails after my upgrade 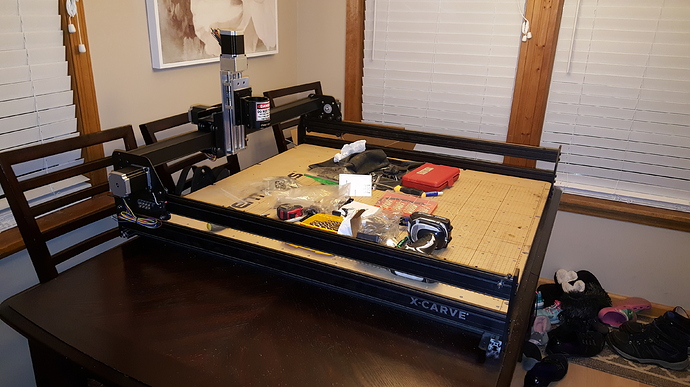 that looks like the one I made for work (mine are 1/2 plate aluminium). was going to make braces to connect the two rails but it is super strong like it is. someday I might make a dust cover and connect them with that. but it would be more for ascetics than strength.

Is the cat litter for traction in the snow you wish you got?

I did the original single plates on my y axis upgrade (it starts getting pricey after awhile) for my 1000mm and I have to say it doesn’t look as cool as Bobs, but it’s super stiff. I don’t think you need the second set in my opinion. 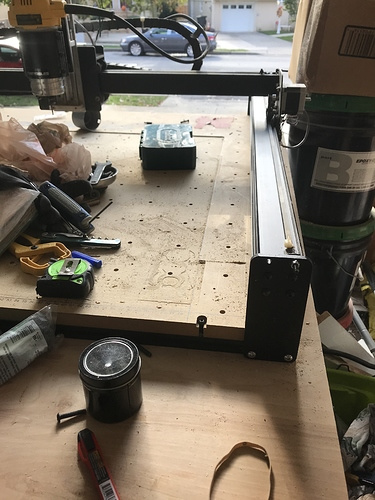 Not necessary at all. But instead of losing cut area you gain cut area.

Did you drill mounting holes in the original Y end plates for the second rails or did you switch to alternate end plates? I have those extra rails too and was thinking of doing the same thing.

I don’t see anything in the picture, but did you do anything to tie the two rails on each side to each other? The main stiffness issue for me is the torque rotating around the X axis when I do a plunge which distorts the Y rails the X axis rides on, but without tying the Y rails together I don’t think this would help with that.

I plan on putting in some plates to tie the 2 y rails together eventually. I used someone else’s file for the end plates with 2" lift and extra set of holes. I had Charlie at Triquetra make them for me because I didn’t trust my machine or myself enough for aluminum yet and would have cost about the same to do it myself after purchasing materials and an aluminum bit and potentially messing up and wasting material. 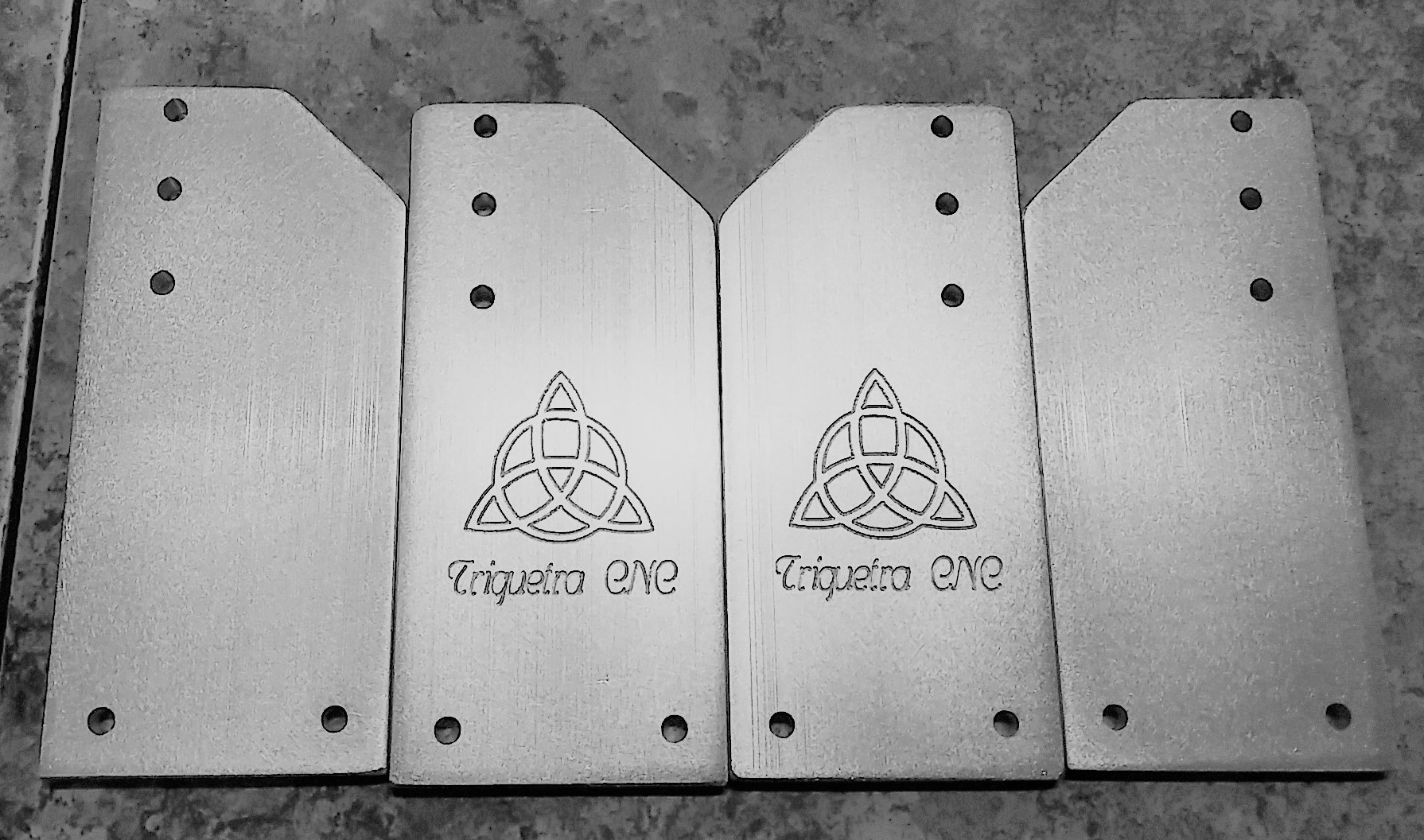 Y Axis End Plates for X-Carve With 1 or 2 Inch Overall Increase of Z Axis Height Lift plates are often out of stock. If they are out of stock when you want to place your order, I will get them made and shipped the next day. If there will be a delay...

I tied the two rails together with a brace made of 1/4" aluminum. The brace is attached to both rails and the extrusion under the edge of the wasteboard. I put two on each side and it is rock solid. (old pictures before the new z-axis was installed) 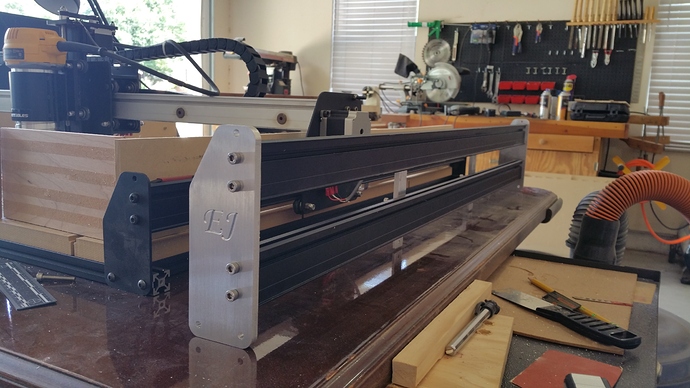 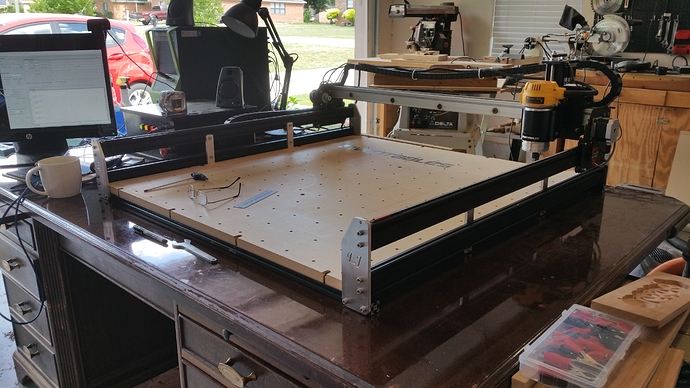 Definitely has the cool factor

Pretty sure yours are the plates I used. What did you use to connect the 2 rails in the middle?

I cut some 1/4" aluminum with 5mm holes to mount to the rails.