I have just tried to do some nesting of multiple copies of the same simple part and am getting some unexpected tool paths.

If I try to maximise the material and squeeze in as many parts as possible, the cut paths partially overlap and Easel cuts all the outside paths first and then all the holes.

If there is enough space between the items so the cut paths do not touch it cuts each part separately, the hole first and then the outside path.

Add just to add to the issue if I make the holes a ‘fill’ instead of an ‘inside cut’ it then does all the holes and then all of the outside paths.

Here is a link to the project I have been using to test. 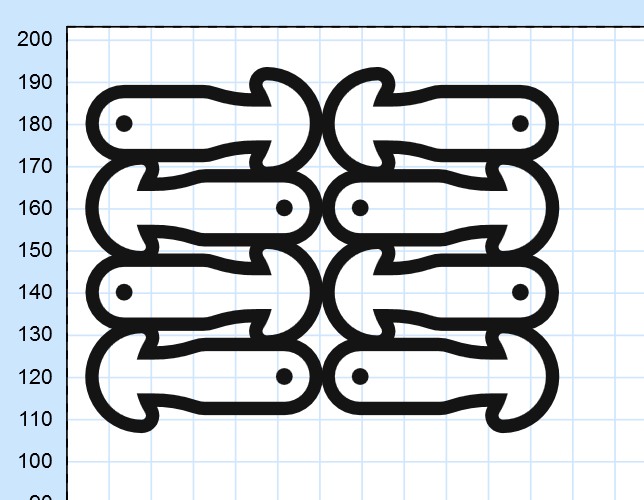 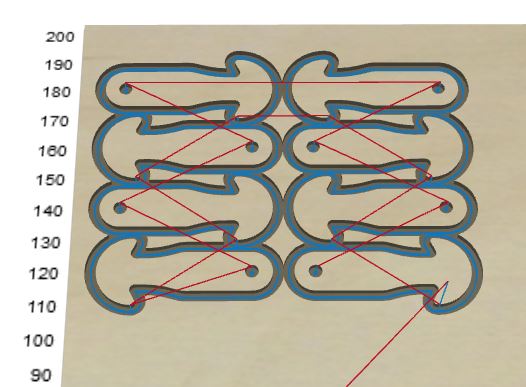 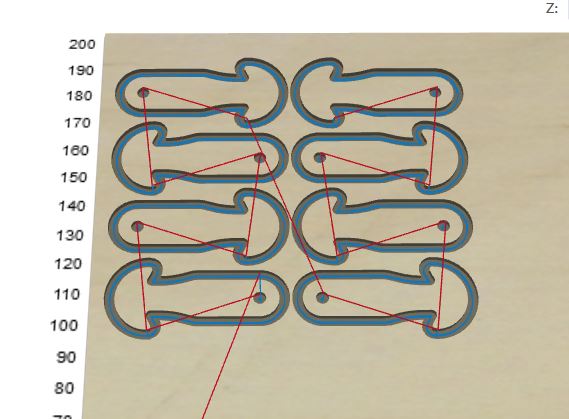 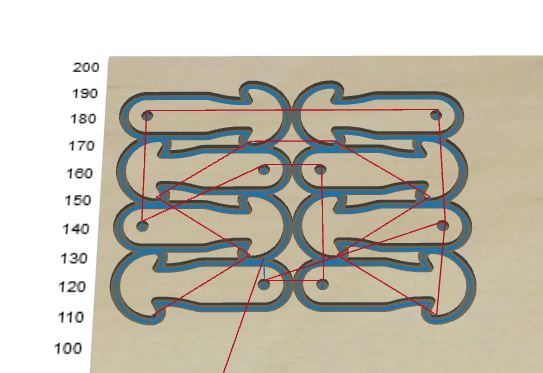