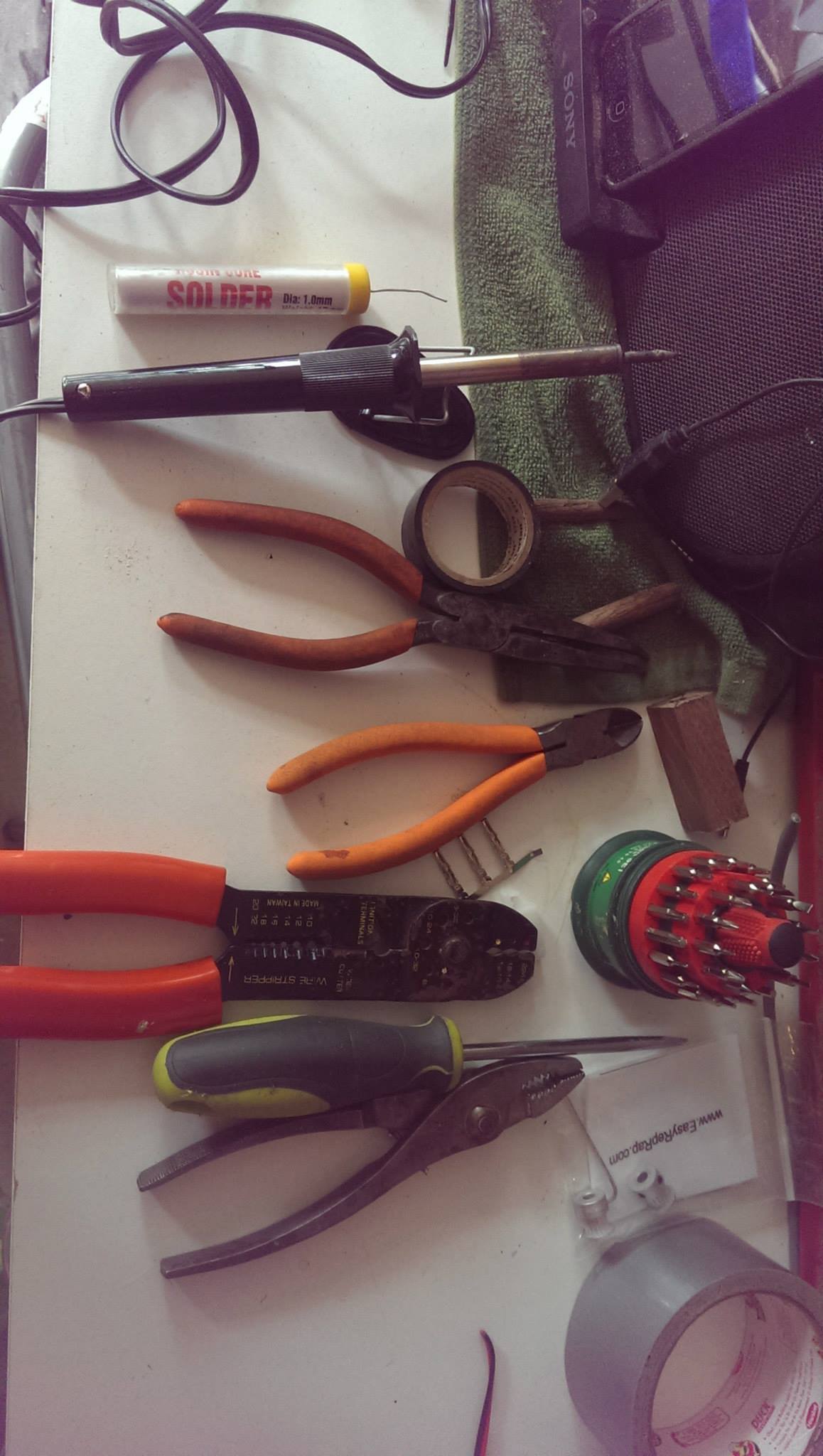 Yeah, other than those two pulleys, that looks like a pretty decent representation of the tools I used as well.

So what came with the tool kit?

And a drill bit to ream out the maker slide before using the self-tapping screws, if you wanted to.

Aaaah, the drill bit is made for that!
I wondered why there was one…
I did it without but with some cutting oil, and it it was a good bodybuilding party

did you guys get 2 flat screwdrivers in the tool kit?

Pretty sure I had a Phillips.

Yeah, I think my kit didn’t come with a phillips, I had to go snag one out of my precision set as well, but I think you only use it once on the two screws for the limit switch on the z axis.

Fo those coming here looking for more tips about the extra tools you may need or that may help along the way, check out this thread here:

There might already be a place for tips for assembly but I could not find it so... As I assemble the different carriages I started using a small non-marring vise to hold the carriage still while aligning and tightening parts -much easier than trying to hold the carriage or plate and a tool for each side, try it! BE SURE you use a vise that wont leave marks and don't over tighten it and only tighten on a flat plate with no parts being clamped! When building the Y plates (2) , I had better l…

@Nathan - Here is the list I kept of the tools I used as I built my 1000mm x 1000mm X-Carve, and at least somewhat in the order I used them:
3mm Allen Wrench
1.5mm Allen Wrench
2.5mm Allen Wrench
7mm End Wrench
8mm End Wrench
10mm End Wrench (at least for the ACME rod)
4mm Allen Wrench
precision (60) Phillips Head Screwdriver
T-25 Torx Screwdriver
drill bit (number 10, which is optional, but makes self-taping screws easier to insert. ANY drill that is SLIGHTLY larger than the screw can be used to drill a slight relief in the hole to make it easier to start the “self_tapping” screws.
Honestly, I think Inventables is doing themselves a disservice by NOT having these already tapped. I can imagine this is a huge point of frustration for a lot of customers.

A socket wrench will work in place of an end wrench sometimes, and make things go much faster, but you WILL need an end wrench in several tight spots, so make sure you have one for each size.

Hope this helps someone.

I know I’m a little late, but thanks for posting this list - still useful three years later