Our design studio is planning on getting a Carvey soon and we’ve been working on some toy designs that we want to build on it. We’ve had a bunch of ideas ranging from really simple to more complex in terms of parts & assembly. Below are really rough ideas - there’s a lot left to figure out and a lot of refinement to be done - but the long-term goal is to upload a full toy project to share that anyone can build on a Carvey.

Any feedback would be greatly appreciated! 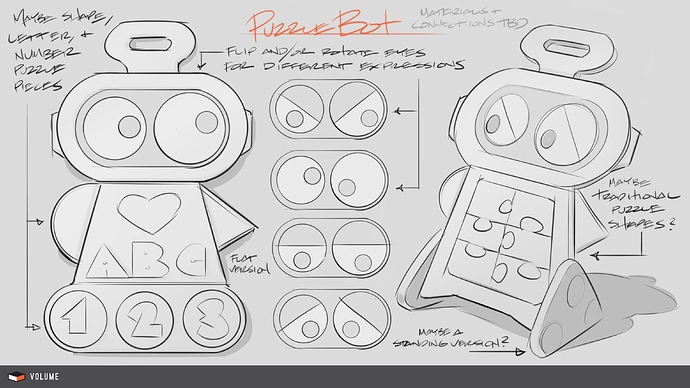 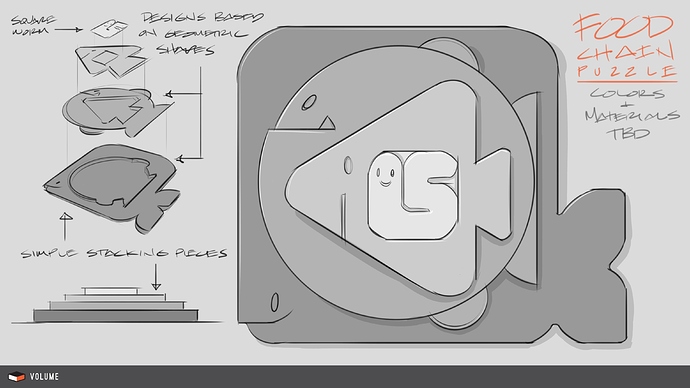 PuzzleBot: The Mr. Potato head concept is really interesting because there are an infinite number of different things you could do. Maybe you could make a cool form and the rest of us on the forum could make accessories that change the form into something else or make it have a different expression or attitude. Kind of like a cross between Mr. Potato head, Kidrobot, and Rotofugi.

Food Chain Puzzle: I don’t get it. Can you explain it a bit more?

Chicago Dog Pull Toy: Cute. Are you thinking it would actually roll?

MarbleMaze: Such a cool idea. I agree the tilt-bottom is clever. Maybe there could be a mod where you have a full 3D version for the bottom too. The easier version to build is the slats and the harder to design is the round bottom. The round bottom might look cooler. Maybe someone could make an app that designed different mazes for the top?

Your sketches are brilliant!

I agree. Beautiful. Back in the day (advertising veteran), we used to call people capable of such beautiful sketches a: “wrist.” The “wrist” pre-dates computer design. Entire ad campaigns were designed with markers, pencils or charcoal. Unfortunately, a disproportionate number of them developed brain and other bizarre cancers. Some chemical in early markers is the suspected culprit… or early spray mount, or the thousands of other chemicals including benzene that were used daily by “the wrist.”

If he can only make one which one do you think he should do?

Definitely the food chain puzzle, it combines several activities a toddler likes, stacking, putting smaller objects in larger objects and putting a simple puzzle together, Plus it is never to soon to teach them that it’s a dog eat dog world out there.

OK let’s take a poll! Let’s vote to give him some feedback:

@rusty @sketch42 @jdm @FrankGraffagnino @Earwigger @NAM37 @Mike who would you vote for?

I really like the Chicago Dog toy. Maybe the axles and wheels could be easily removed, and you could put different fixings into the dog as toppings? Or maybe just add a spacer between the dog and bun and then the toppings slide into that space. Things like relish, chili, onion, ketchup, mustard, etc. They could all fit together like a puzzle and the kids could decide on their favorite flavors! Maybe they could all stick together in layers with magnets or something.

Officially I voted for the Maze and I like it even more with the suggested rim and replicable maze top, but I am torn between the maze and the food chain puzzle since my eldest son checked out a similar fish puzzle from the library a few weeks ago and he still talks about it.

I love the idea of the dog with a cam mechanism to wag the tail, tongue or flap the ears, etc.

These are all great!! I love make toys, I picked the puzzle bot. I was going to pick the puppy, but in terms of what I would make, my daughter already has a pull behind puppy.

Thanks, that’s some great feedback! I was thinking “Lost In Space” on the Robot, but since you said Teletubbies, I need to get rid of that antenna! Love the idea of linking features to animate the dog.

Food Chain Puzzle: I don’t get it. Can you explain it a bit more?

Chicago Dog Pull Toy: Cute. Are you thinking it would actually roll?

The Food Chain Puzzle would be the simplest of these ideas from a parts/construction standpoint. Stacking fish/sea creature shapes that fit into each other. With some colorful materials, this could be really cool.

The Chicago Dog Pull Toy is intended to roll. Love the idea @AngusMcleod threw out of animating parts.

Maybe someone could make an app that designed different mazes for the top?

Love this idea - being able to customize the maze on Easel would be great.

Maybe someone could make an app that designed different mazes for the top?

As a father of 3 under 6 - the marble maze and stacking puzzle would be huge hits at our house. Obviously they’re intended for different audiences and with the replaceable maze tops that would be fantastic. Taking it one step further, and liability would be a nightmare for it being sold, if the maze and wobble base were made big enough to stand on you could then use balance to work the marble(s) through the maze. Potentially if the maze top were made in 2 parts it could lock the marble in place so you wouldn’t have it getting lost or in my house “eaten”.

these are really fantastic. There are some I like more than others, but then I started thinking about which puzzle lends itself to Carvey and CNC the most. For that, I went with the Food Chain Puzzle… i think it is the perfect sort of stacking toy for kids, and also has that subtle learning cue with it. I think that is perfect. Beautiful designs. Can’t wait to see some pictures of whatever you guys build. 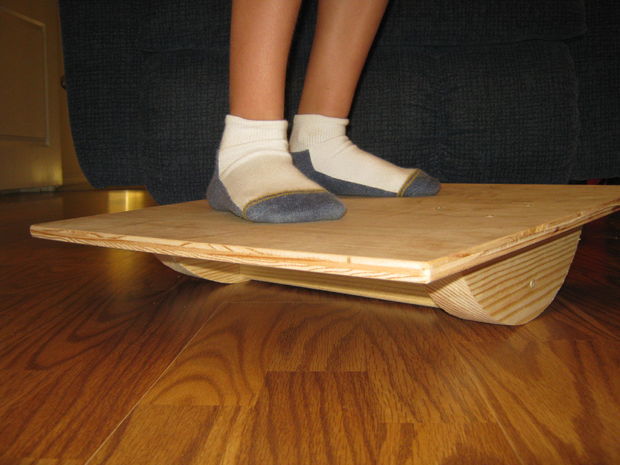 Looks like the “Food Chain Puzzle” is killing it. All of the feedback and ideas are great - this really helps a lot!