Working on a cutting board design with a hand written cooking recipe by using the trace option in easel. Converted the writing to a svg once loaded into easel. Practicing on some scrap now and soon to be engraving and applying resin lnlay. 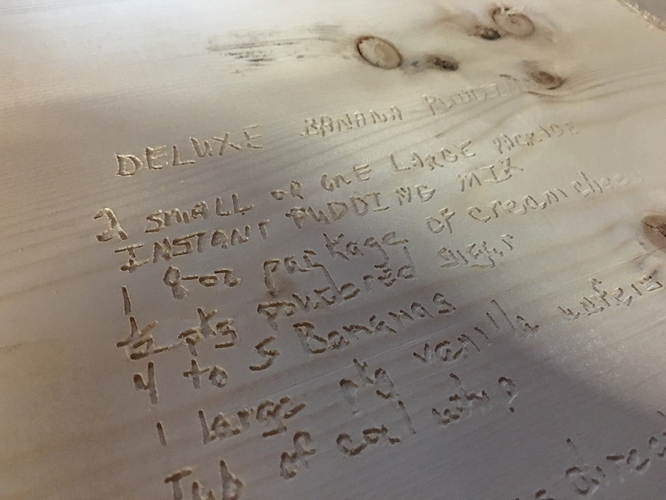 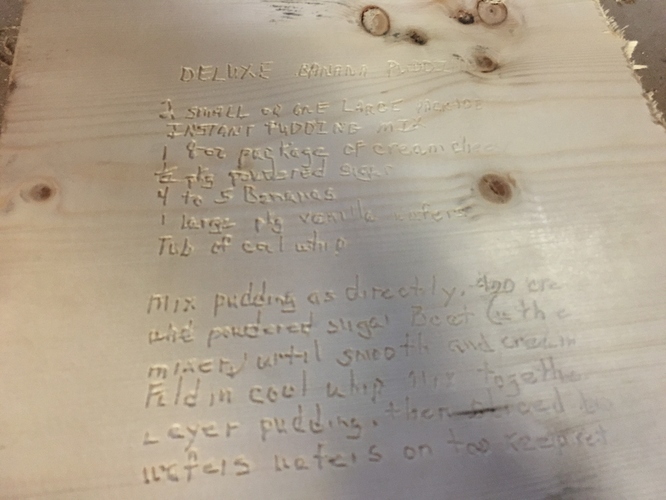 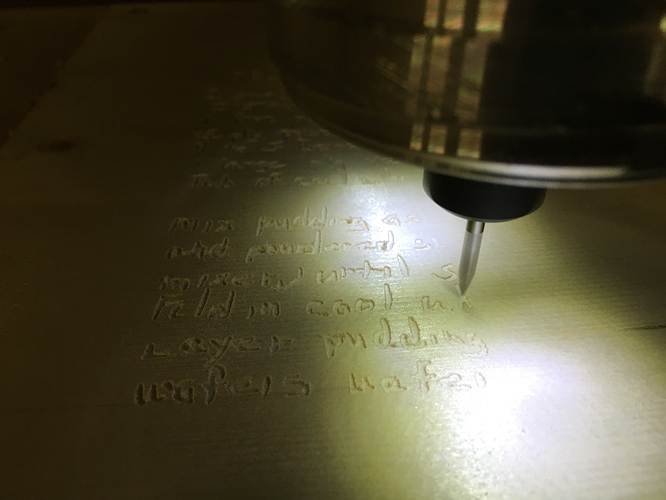 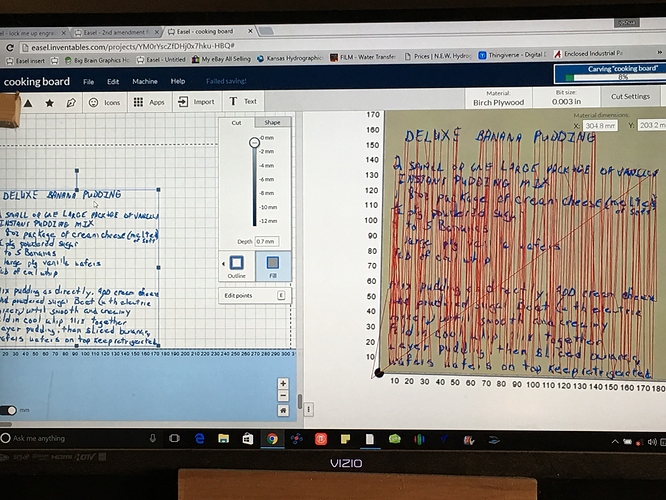 Yeah I’ll be craving in walnut once the customer decides to go with it. Just had some pine and wanted to see how the tool paths would work bc of the size of it and make sure it wouldn’t crash or stop mid way and waste time and a nice workpiece to carve in. Adding food safe resin and then oil to seal it will look very nice once it’s done.

Thanks! Still have some tweaking of the design and height on the carving with my engraving bit. Then inlay resin and then mineral oil to seal the cutting board.

What food safe resin do you use? Any links would be helpful.

With such small letters, how do you apply the resin and still get a smooth surface?

I’m using expoxy resin that is on eBay but still researching which is fda approved bc some look like they just copied someone’s else’s description.

Yeah after 7-10 days it’s good to go is what’s said on some labels when using for cutting boards or anything else with the use of epoxy.

Mostly what I do is range out how much epoxy I’ll be needing for a job and all you do is fill in the parts that are carved. You start from a high point to get any air bubbles out when pouring so there won’t be parts parts that have a void. After it sets up for a lil but after pouring you use a torch or even lighter to gas out or get any remaining air bubbles out. After letting it cure you just sand with grits of sandpaper that are desired for what your working with and then sealed with ether clears/epoxy/stains/oils depending on what it is. I let it over flow so any excess can be sanded bc I’ve experimented with just adding up to letters or designs and it settled and had low spots.

I’ve had good success with art resin- made custom poker trays for the dads in the neighborhood. They loved it and it looked great

Yeah I’ve been starting to experiment with different colors with the resins with different designs and projects. Hopefully soon I’ll be posting those and other projects. 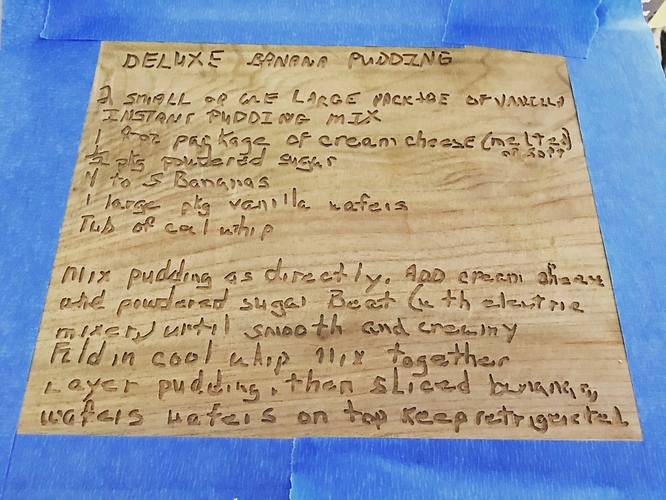 It adds to the charm

That’s how the customers grandmother wrote it so no way of rewriting something that she may or my not be here anymore. That’s how she wanted it and likes how it looks and wanted it that way rather then just typed out.

I totally get the handwritten look, I just wanted to make sure you didn’t get all the way through and realize that you had introduced a spelling mistake that wasn’t in the original.

No I seen it and let her know about it and she said how she worded it and even how it traced it out some things didn’t show up right but they wanted the handwritten look bc I did model up one with fusion and they still wanted her handwritting.