Today I had a go at tramming my X-Carve, using the tool based on CNCNutz video. 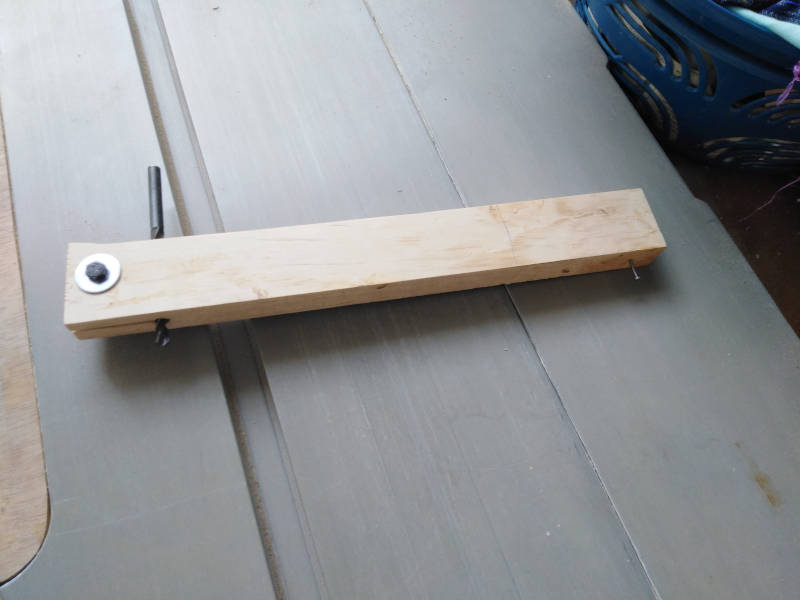 Tramming tool800×600 34 KB
Because the clearance is so low on my (Standard) X-Carve I had to trim a bit off the top of the stick, which accounts for the ducktail above the screw. I used an old 1/4" drill bit and unlike the one Peter made I just used a small nail for the side that touches the wasteboard.
I tried to adjust the front/back error by loosening off three of the bolts either side of the X-axis beam, although there was no obvious movement unless I used a pipe wrench to get some twist on. Eventually I managed to get it pretty nice (temporarily) but when retightening it all went to hell again. After several attempts one of the screws was not tightening properly any more, so I had to give up on that method. My screws are the torx head thread cutters that came with the original machine, I will try using an ordinary M5 with Locktite and hope the remaining three screws will hold things together for a few more years.
After that I decided to go with the aluminium can strips stuffed down behind the Z rail. This was a real pain as well, to loosen the bolts at the top I had to remove the plate that holds the z stepper motor, which meant It was pretty much impossible to check the adjustments without replacing the plate, one screw, at least.
Anyway, I after probably a couple of hours of jiggling and going back and forward I gave up on perfection and settled for about 2mm difference between the front and back measurement.
After I put everything back together I ran another skim pass using Easel, same as last time except only 0.4 mm deep, to see if the washboard effect was gone. It wasn’t, but much less than last time, and I think it may have been some of the leftovers of the first skim due to the very shallow cut.

1 - Use Loctite on all screws, a CNC do make a bit of vibration so its a good measure
2 - Do what you feel is right, as long as the current screws are good its good.
3 - I go at about 2000mm/min myself (Not Xcarve) so I see no reason 1800 wont be good. Ultimately its the rigidity of your particular machine that set the limit of your carving envelope

If it cuts good, sound good its probably good

4 - Strange, was the skim cut program made in Easel or other software? If you include the gcode file here we might see if its in the code.

Thanks for your feedback, the skim file was just done in Easel, I used almost the same as I did a couple of weeks back to see if the ripply finish was improved.
I am using UGS and g-code files for skimming my workpieces, but these are much smaller and I skim in the y axis only, so I can’t really say if the same thing happens. I wondered if it was a problem with the pots in the g-shield, but as it went back to the correct work zero at the end I imagine not. I will check them again soon, all the same.