Did setup the probe dimensions in mm, got the G-code, homed UGS - all ok. Moved the 3 axis to probing starting point, hooked the clips (I have 4.9 Volts between them) and when fetching the g-code even before sending it - I get an error message: 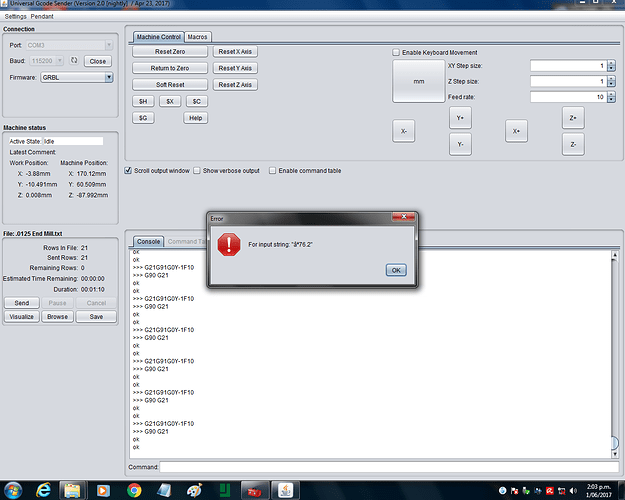 When trying to get on with it - I get some weird Gibberish symbols: 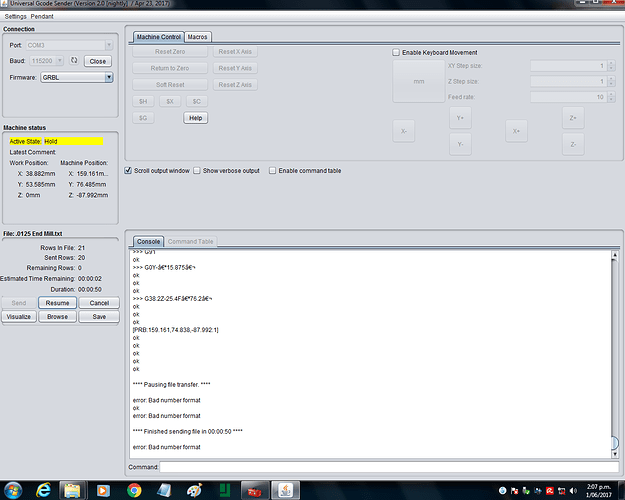 Loaded another G-code from another source - no issues !

The Gcode generated by Triquetra is:

To me it seams either the Gcode is missing something, or my UGS has a parameter which creates that, or perhaps the Jave ???

Anybody had this problem ?

@IsaacNeuman you seem to have some invisible/extended characters in your program. Copy/pasting the program above into a new plain text file should resolve the error.

Don’t worry, you’re not the first to run across this: https://github.com/winder/Universal-G-Code-Sender/issues/603

Thanks Will. Very much aporeciated.