I searched the forum for “unattended” and found quite a few admonitions never to do it. Okay. I started this project and the current toolpath has been running over two hours and has 51 minutes go go. Other toolpaths took more than an hour each. Supper came and went while it was running. I’ve had to go to the bathroom three times (there’s not one in my shop). What are you guys doing in this situation, hitting “Pause”?

How about any of you who do leave it unattended. How do you justify doing this? What safety precautions do you take?

My shop has a security camera in it. It doesn’t show a close-up of the CNC, but I can see it well enough to tell if there’s trouble. It’s tempting to go in my office and work in a quiet and dust-free environment, keeping an eye on the security monitor. But I tried doing that, and it cranked up a pretty heavy guilt trip.

I leave the room all the time and keep ears on it. I just don’t ever leave the house.

It tends to make some distinct sounds when something went wrong.

Fine I will tell all! YES! I sleep with my xcarve. lol

I’m sitting in the living room watching TV while it is carving away right now. I got the camera for the Raspberry Pi which I can watch through cncjs. And cncjs lets me watch the progress of the carve through the model. The only thing I don’t have hooked up yet is the dust collector powering on and off when the carve starts and stops.
So far the PI was the best “upgrade” I’ve done yet.

I use this camera. Was super cheap so don’t care about it getting dirty in the shop. Then if I need to come into the house, I can pull up the app on my phone and keep an ear on it, and check the screen if I need to. Works great! 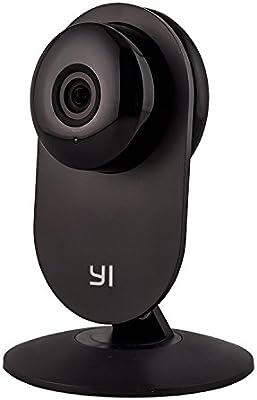 I am in ear shot, working with other tools, outside, or in the house and come out time to time to check on it. At this point i trust it enough to leave it unattended while I’m home. I have this past week, took a nap since it had 2 hours left and it was 1am. Set my alarm and checked on it after an hour, then right before it finished​.

In the beginning I would never do that, but now that the kinks are worked out I have no issue leaving a known program running. New code on the other hand, I stay in the shop.

OOH! I have been guilty of setting up an 8 hour carve, starting the machine, watching it for 10-15 min to make sure it’s behaving itself and going into the house and going to bed. When I come back in the morning, the machine is just sitting there quietly at idle and all is well. Just for the record and I am not sure if it makes much difference I dont run the 611, I have a 300W quiet cut spindle.

I have only done this twice out of necessity, needing to get a job done and having to earn a real living to pay the bills and support the hobby. I do more often let the machine run and not be directly in attendance though, I just make a point of routinely checking on it and listening to it. If something is gonna go south, it’s going to ruin the piece before I can react any way. Beyond that, usually the worst that will happen is a broken bit.

This is interesting. So what is the worst that can possibly happen if you leave it to do it’s job? Have there been cases where it’s cutting as it should and then freaks out and does something unexpected - especially if it’s a cut using a file you’ve used before?

I see. Makes sense. I guess I’ll be investing in one of those cameras then as well, since mine will be running in different building on my property.

I was hoping to set it and forget it. But I suppose it needs to be treated like any other power tool.

Near miss fire. Dont do this

Left my xcarve unattended, and one of the vectors mysteriously had changed itself to full material depth. So the bit and collet started a fire after awhile pushing down into the wood. Luckily. I came out to check on it in time, or id be posting to the insurance forum. Just thought I'd share a fail to help others avoid it. [image]

I use this camera. Was super cheap so don’t care about it getting dirty in the shop. Then if I need to come into the house

That’s similar to what I’m doing. I have two cameras, one on the bit (https://www.amazon.com/Delight-eShop-Waterproof-Borescope-Inspection/dp/B06XCHDC4N/ref=sr_1_4?s=electronics&ie=UTF8&qid=1490968593&sr=1-4&keywords=Snake+Camera) and one on the machine (https://www.amazon.com/Foscam-Wireless-Security-Detection-Viewing/dp/B01INRUTZW). I can watch them remotely from my iPhone or even my Apple Watch. I’ll be switching out both cameras for a PTZ camera this summer. Then one camera will do the same as both other cameras did. I just need to find some tracking software for it so it can track the spindle.

Hey Darryl,
Happy to.
I got the PI combo kit for my birthday and added the camera later.
The PI is connected to the arduino via usb and connected to my network via WiFi.
On the PI I’m running cncjs ( webpage ) and have the pendant module installed as well. The pendant lets me hit it with anything that can hit a webpage ( ipad, iphone, etc ) and jog, pause, etc.
I have mjpg-streamer running on the PI which lets cncjs see the camera.

I create the gcode, upload it to cncjs on my laptop, set the spindle ( In person in the garage ), and hit play.

I also have the PS3 pendant pieces installed so I can jog with a PS3 bluetooth controller but I haven’t used it much yet.

I do have serial-port-json-server installed on the PI so I could use Chilipeppr or UGS to run the jobs over wifi but I haven’t used it.

So far I’ve had zero issues with cncjs. I love all the features in it and I think it will do a lot more than I use ( new to doing CNC work ). It’s never failed a job or crashed. Since it’s directly connected to the controller over usb I don’t have to work about the network dropping out or latency.

Happy to answer any questions about it.

I have been running a Raspberry Pi 3 to control my X-Carve for a while now and would like to let those interested know that you can also run Easel Local from the Raspberry letting you use Easel as a sender and a CAD program, I have also used UGCS and UGCS platform without problems on the Pi. I have also used Bcnc and Chillipeppr. I like to use Easel for simple designs (designed on main system with Linux then sent from Pi) and UGCS when using the laser or any other code not created with Easel. Best system set-up I have had with this X-Carve.

Many of my runs are 8+ hours long. I have a camera set up to watch remotely and wifi receptacles I can turn off remotely if something goes wrong. I am cutting only foam though, not wood, so if it stalls out it just melts the foam onto the bit and smells up the place. It would have to drive into the waste board with the collet nut before it would be a fire danger. If you are going to leave it unattended I would suggest the camera and remotely controlled electrical power so you can shut it down if it goes wild on you.