I have been using my XCarve for almost a year now, running a fairly successful business out of my garage. This issue came up about a month ago and has been haunting me ever since. Finally reaching out for some help

I do all of my toolpathing in Aspire. This specific issue happens ALMOST every time on this one specific file. 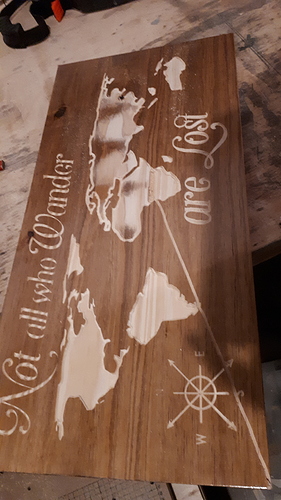 I am using a v-groove toolpath with an area clearance using a .125 EM. In this example, I had ran the end mill tool path and not noticed that it had cut shy of the surface on the right side. (Note; this was before it went deep and scored my board when it traversed in rapid back to xy home!) I assumed it was fine, loaded my Vbit and ran that. After that I noticed the surface on the right side. I re loaded my end mill, reset my Z, and re ran the same file through Easel again. North america cut just fine, something barely noticable (Subtle Zdrops) started in South America. When it started cutting in South Africa the Z started dropping in each pass. 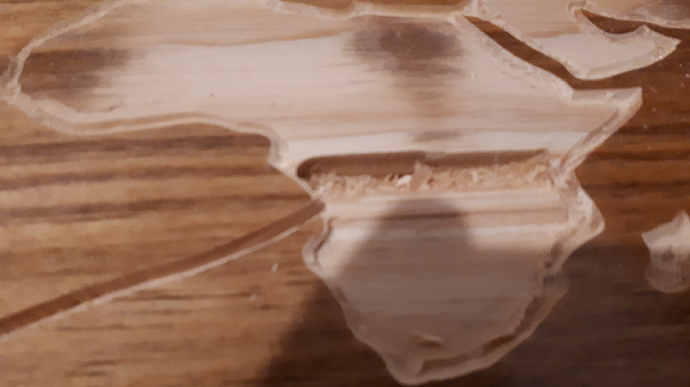 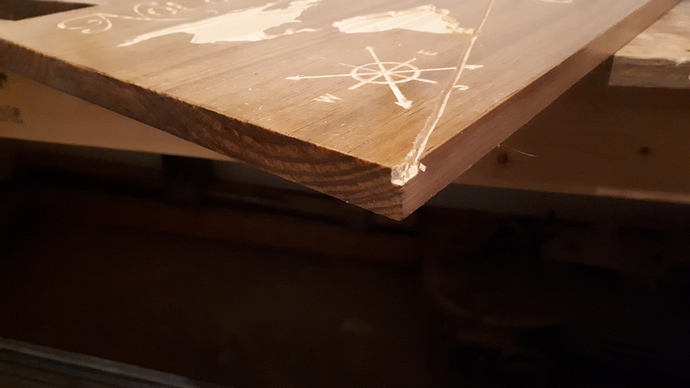 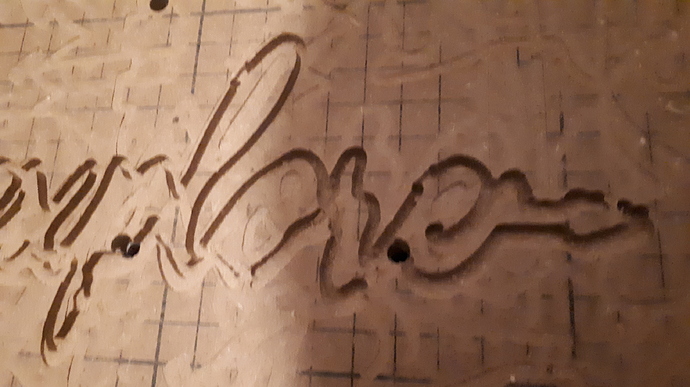 I moved on at that point and continued doing my typical Vgroove designs while I did some reading. A couple weeks passed and I decided to give it another shot on the world map. I re-pathed it using an offset toolpath, conventional. Loaded my End Mill. Z zero is material surface. 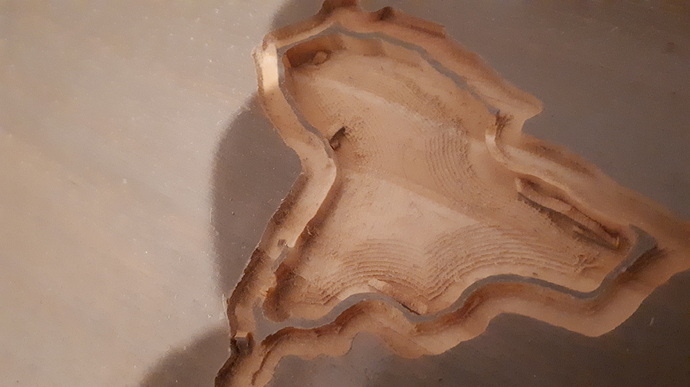 I have successfully cut that world map file before. Sometime it’s worse than others. The nest of “explores” that drove the bit into my table was one of 4 that I cut. The first three had no issues. It is very unpredictable and other files that I save out from Aspire give me no issues at all. My machine runs for hours every day with no problems otherwise. I hope there is an obvious thing that I am missing.

Thanks for reading my spiel, and thanks in advance for your suggestions and advice!

I will check it when I get home. Would that account for the unpredictable motions though? I checked my Gcode and there is nothing in it telling the Z to drop. Thanks for the idea though I hope that helps. I will let you know!

Probably the most common reason for Z-axis inconsistencies.

While checking the set screws, look for loose stepper wires or broken wires as well.