Upgraded away from the xcarve

The x-carve has been an amazing machine, and a significant learning experience; however, looking forward at the capabilities of the new machine I picked up I am very excited about the range of things I can possibly make.

I picked up a Fine Line Automation Saturn 2 4x4, this is an amazing machine. The gantry is all steel, 25mm linear rails, trammable spindle plate on the z-axis. The machine is crazy heavy, almost 600lbs!

This is the table I build to hold the beast 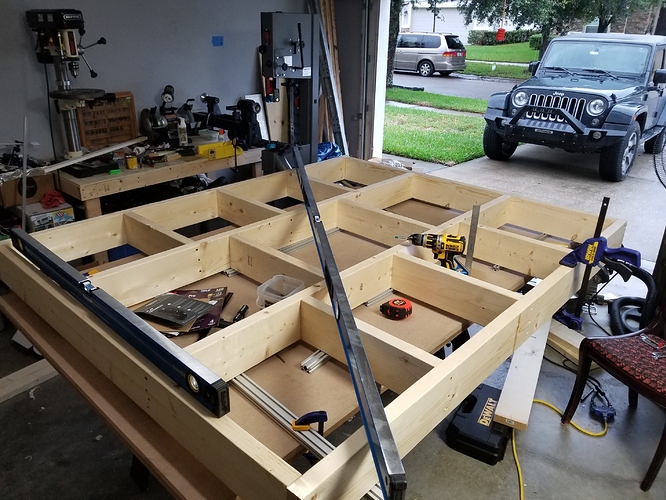 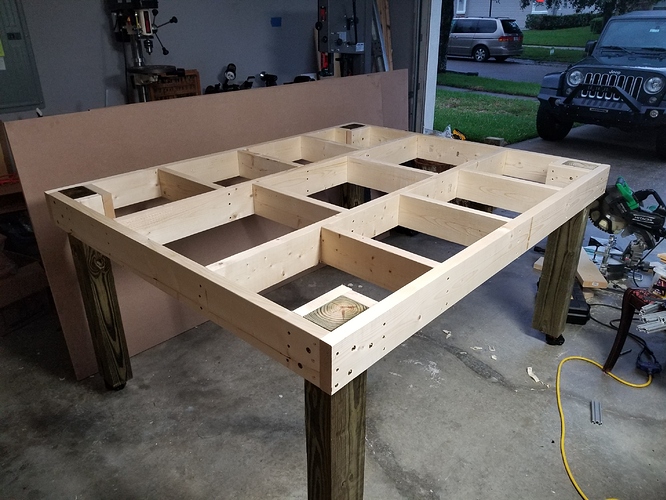 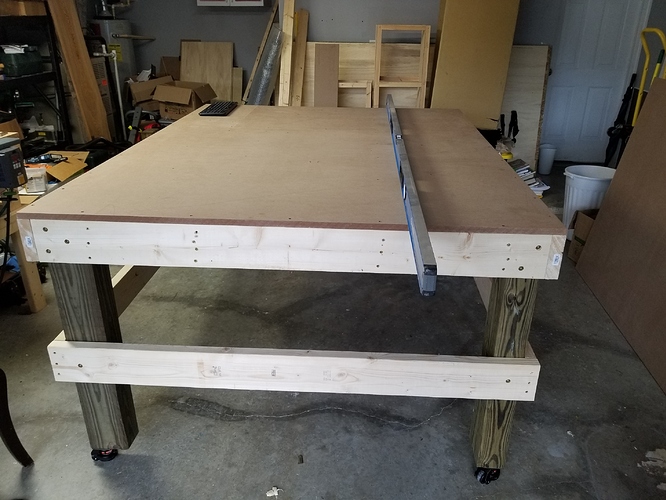 Picking it up from the local Fedex Freight terminal 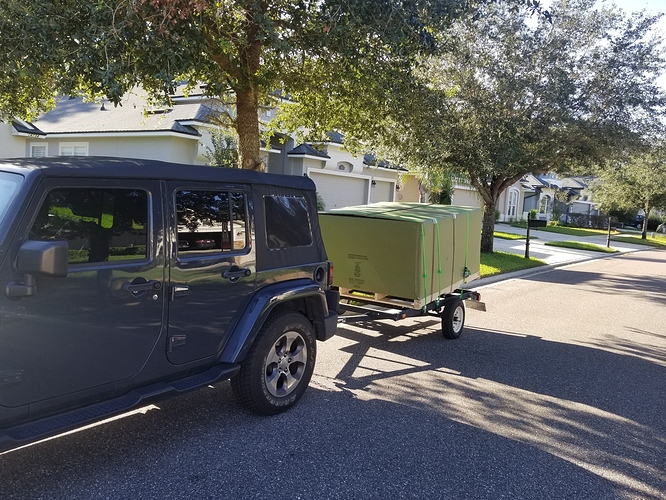 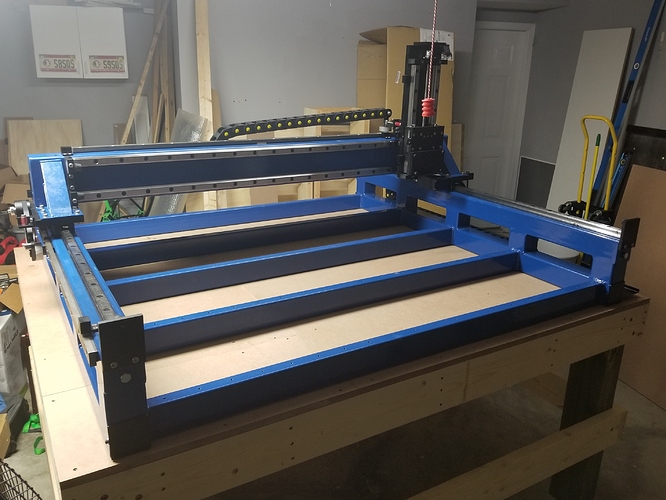 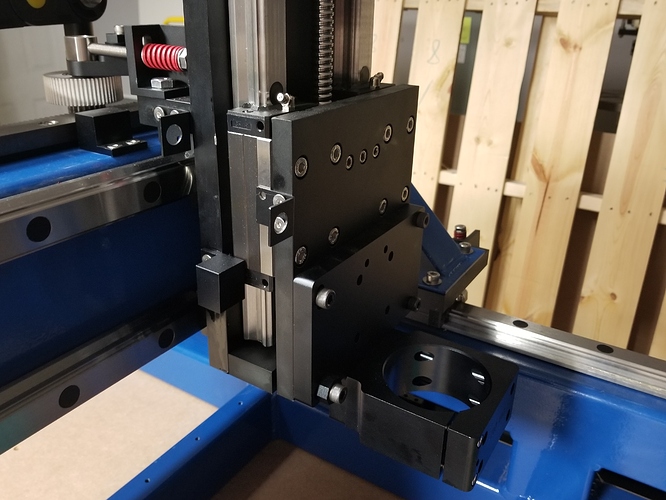 A few months back I had picked up some closed loop nema 23 steppers with controllers, now I just needed to hook them up and run wires. 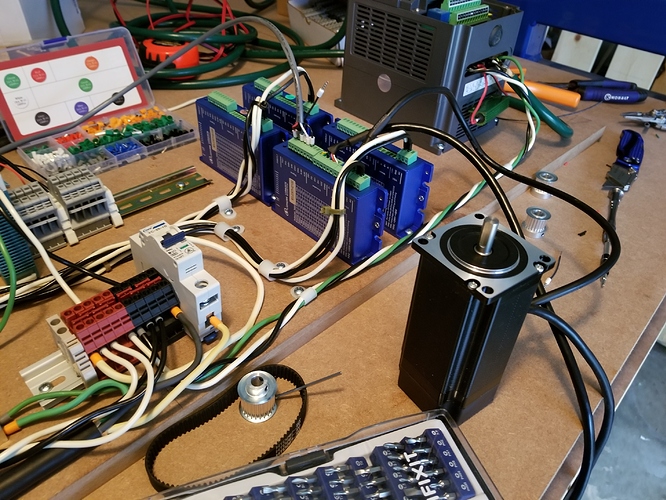 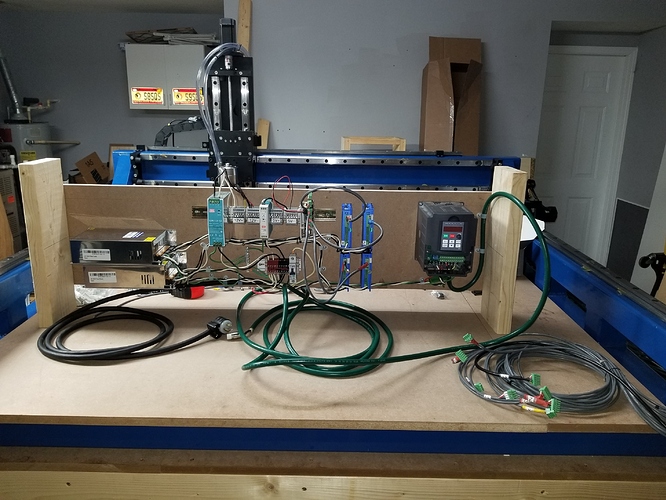 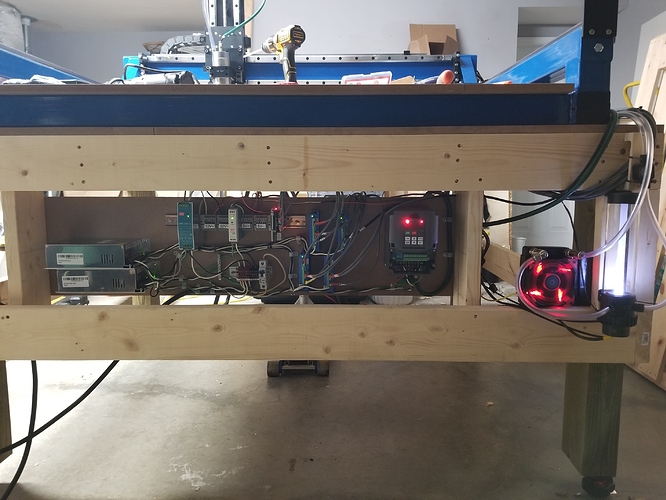 Now to do tuning and testing 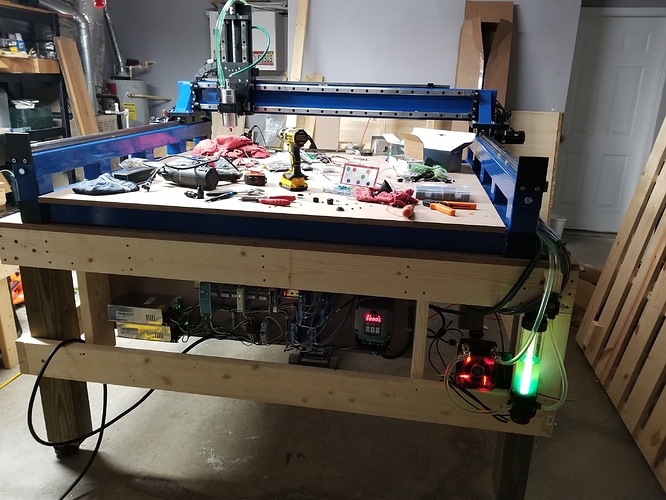 For those interested here is the link to the machine: https://www.finelineautomation.com/products/saturn-2-series-cnc-router-4-x-4?taxon_id=54

I was actually looking at the CNC Router Parts 4x4 machine when I found this one. There were 3 main points that sold me on this machine over CNCRP

I had not put my hands on it, I ready quite a bit about the machines and the work Nate has put into them for refining small issues in the previous design when he came out with the Saturn 2. The base design philosophy of the machine is a CNCRP clone, he even uses a number of their items in his electronics packages.

The first run on the Saturn series still had an aluminium gantry, this is the second version with the steel, was just released about a month ago.

are those the nema 23’s that you went with?

These are the nema 23’s, I got them from Aliexpress, I think they were like $90 each including the controller.

I think they make the drives themselves,but you are correct, same style. The racks are a lot thicker than the pro series though.

with the 23’s I have the x-axis running 1,000 IPM rapids, and it felt like the motors were barely trying hard.
steps per mm were within .02mm

lets run that bad boy about .75" into baltic birch and feed at 750 ipm and see where we are at then lol

Well, at least I do not have to worry about axis flex!!1!

very true I have been looking at either a

He has a 4x8 coming in November.

oh dang maybe I need to give those guys a call

I am pretty sure the guy that owns the company has a full time day job, so he tends to return calls after he gets off work, and sometimes it takes him a day or two to get back to you. As long as you know that going in, he is a cool dude to work with and super smart.

that kinda sucks because CNCRP electronic are over priced imo

Yeah, I build all of my own electronics and still came ahead of the plug and play.