Using easel lags and is slow, why?

When trying to create something with easel it’s so slow and choppy. Why? Is it cause im using a wifi connection. Do i have be hardwired the internet? Is my laptop too slow? acer aspire e 15, pen quad, 8gb ram. am i better off using a different program and importing to easel once complete?

The past two days have been terrible for this. I too have my laptop on wifi in my garage. The signal isn’t the best but it always worked without issue. The past two days I’ve been waiting forever for the program to respond after I make an action. This has occurred in both Chrome and Firefox. Other programs run fine while easel is frozen.

I run Easel on a pretty low power laptop over WiFi all the time with no problem. Do other web sites load quickly on that laptop when it is in your shop?

It works fine when i run the xcarve but when im trying to create a project from scratch it takes forever to input something, so frustrating!

Probably the graphics card on you computer. I had the same problem until I upgraded my laptop.

The internet speed isn’t an issue after the initial page loads. Like @DennisMartin suggested, graphics card is usually the issue with lag. Graphics memory has come a long way in recent years so even low power current laptops tend to outperform medium power laptops from years ago. Can you take a snapshot of the “windows experience store” and share it?

I’m seeing no such option in Windows 8.1.

I see where we can run it from the command line but it looks nothing like what your links suggests. 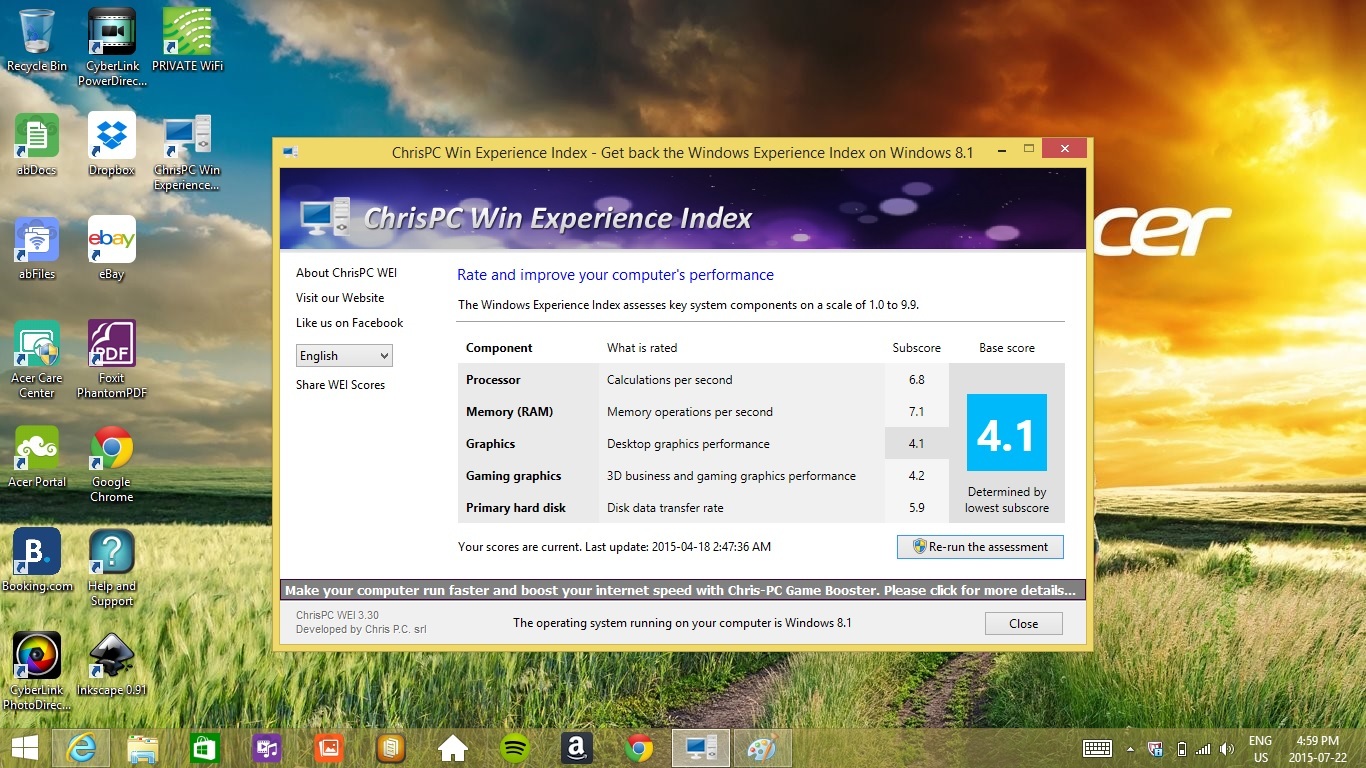 So is that not good enough, and if not what is the minimum requirements that I need?

I am having the same issue today. Usually easel runs just perfectly, but today it is lagging sooo much and then it crashes.

I am on fibre broadband which is running fine and I tried swapping computers, and same issue. Don’t know what to do.