I am carving a beer bottle to test out Easels software for carving 3D objects. Well turned out to be a fail. The roughing pass just carved out a rectangle without creating the rounded portion of a beer bottle. The preview on Easel is correct. I started the finish pass and it was traveling correct like it was thinking it should be carving wood for the round portion of the bottle, but it wasn’t carving anything because the roughing carving it all out. After I took the picture I put my finger on the relief and went right through. It carved to about .03 left of material. It is .7 thick wood. 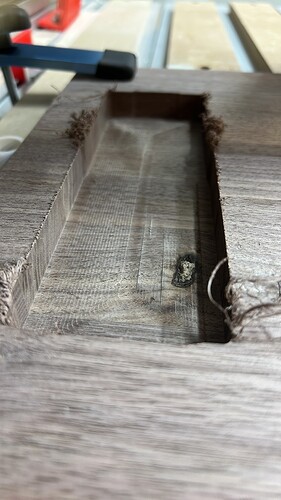 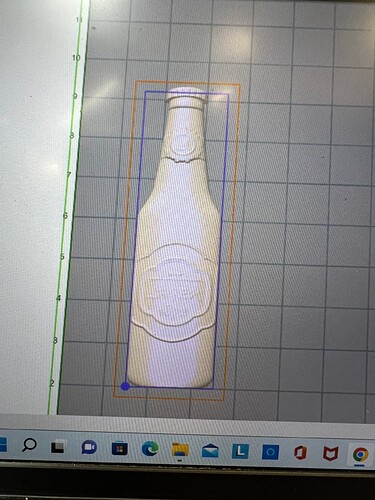 First thoughts, why cant objects be moved like in normal Easel? I cant go to edit and center the object to material, I feel like this should be standard since its already an Easel function. Also, cant edit if you want to use the center of the object for the location or the corners, just stays in the lower left. Again, an Easel function that should be enabled with 3D carving. I like the drop down menus on the right that is like step by step instructions, a little easier to figure out than vetrics software. No tabs when cutting the carve out? It states to set the carve to the same thickness of the wood to cut it out, but no option for tabs? This should be obvious and a standard option. No raster options for which direction do run the carve. Would like to have a way to bring the object up instead over carving say .3 down to the object.