My 60 degree v-bit (inventables) arrived yesterday and I’ve been testing out some fonts in Easel Pro. Trying out different fonts, depths, etc on a scrap piece of MDF thinking the softer material would lend itself to smoother characters. I’m having difficultly getting smooth curves on the text. Shown is an example of Baskerville. Height is about 2”. Cut is set to 3/8” (I tried shallower depths previously with same result) and as you can see it gets really choppy at the curve areas. Does that mean the type is still set too small for this bit? 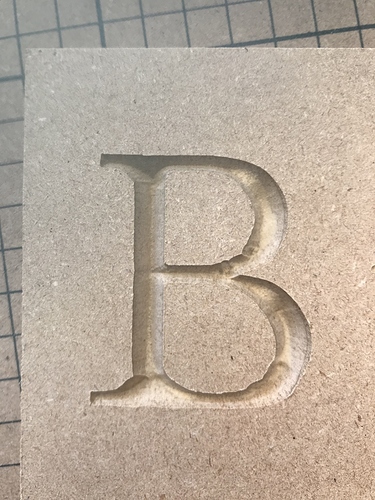 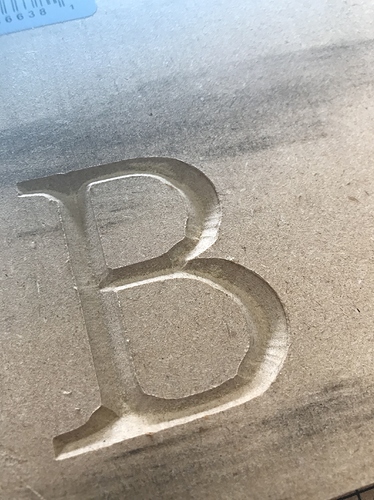 I do believe Easel converts curves to lines, so may be the issue.
Have you tried a search on the forums?

The best/crispest V carves which I’ve seen have been done w/ Vectric software — it actually works with curves as curves internally, and generates G2/G3 arcs for cutting which results in smoother movement and cutting and a crisper, cleaner appearance.

Could you post a public link to that project?

Comparing both pictures, it would seem as the problem is in the original artwork.

Here’s a link to the project: http://easel.inventables.com/projects/GhLP1IuY-akfqw5RD56IWA