I know this comes up every month or so. I’m just hoping to hear that implementing V-carving in Easel is in the works? Any chance that is happening soon? I know F-Engrave is free and does what it does, but having the v-carve toolpath calculated in Easel would be incredibly convenient for those of us who are software challenged (I know very little about CAD/CAM software aside from Easel, to tell the truth), and I’d sure rather not drop another $350 on Vcarve desktop software right now.

@Zach_Kaplan, is there enough support among X-Carve users to help make this a priority for Inventables developers? Seems to me that sign making is a prime use for the x-carve, and that means v-carving for best results.

That would be an excellent addition to the program. Ive never done it but I would love to do it on Easel. Easel is one of the main reasons why I bought this machine, please keep improving it. Keep up the good wok guys!!!

Yes, v-carving is in the works for Easel. We can’t put an exact timetable on when the functionality will be available right now, but we will definitely post on the forum when we get closer to that point.

Aside from @StevenPaxman and @AntonioSantiago who else in the community would be interested in us adding V-Carving to Easel?

That would be my number one addition! … with a close second being a “time to completion” estimator
Thank you very much.

As a Mac user, Vectric software is a no-go, so currently searching other options and would love to keep everything in Easel that I can

That is a big YES for me!

I think that X-Carve has already put itself out and ABOVE the competition. This puts another couple of nails in the coffins.

Just in time for Halloween!

That’s a halloween reference, not timing on this new capability.

Ha! OK it won’t be out by Halloween but it is on the roadmap. It’s nice to see all this support for it.

For people that responded already what kinds of projects would you make if Easel supported V-Carving?

For me, sign making. It’s one of the major categories of projects that a CNC is used for, I think, and it just isn’t right without v-carved letters. The pockets for letters just plain don’t look as good.

Made this using f-engrave just to try it out, but prefer to use Easel when I can. Those are the only 2 programs I have used to carve. So only one (Easel) would be great! 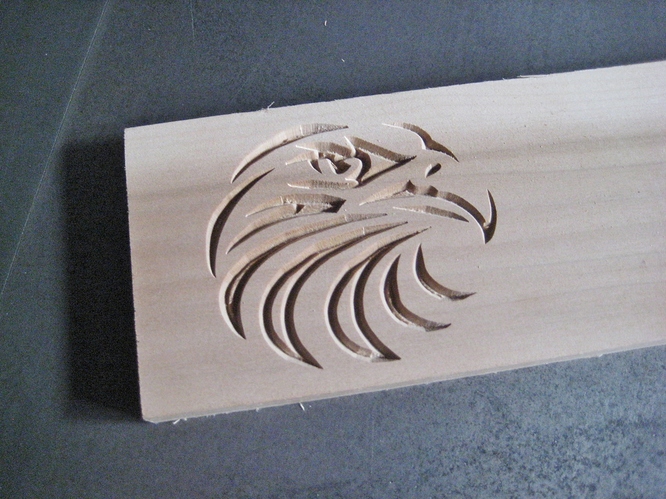 Especially interested for lettering for signs and for cutting flourishes.

Mac user here too so other choices are limited. Anyone creating software in this arena just for Windows these days needs their head examined.

I’m a huge fan of Easel so if I can do everything there it’s a bigger pile of win.

Only other main feature would be pre-carving gCode processors. So people using lasers, drag knifes etc can still use the Carve walk through but modify the gCode being sent.

I love using Easel and despite how great Aspire is, more often than not, I choose Easel because I’d rather not open up Windows on my Mac and go through the hassle…

V-Carving will give me one more reason to keep with Easel.

Yes please! I would use this feature a lot! I currently use F-engrave and Easel to complete projects. Having v-carving in Easel would be so helpful.

The only thing I’d say is that I’ve found that a finishing pass option is essential to get a good finish. I ususally do 0.1mm but basic depth per pass v-carving would be of limited use to me.

Here is an example of something I just V-Carved for a block print. Stuff like this comes up all the time and the X-Carve is pretty great for it. 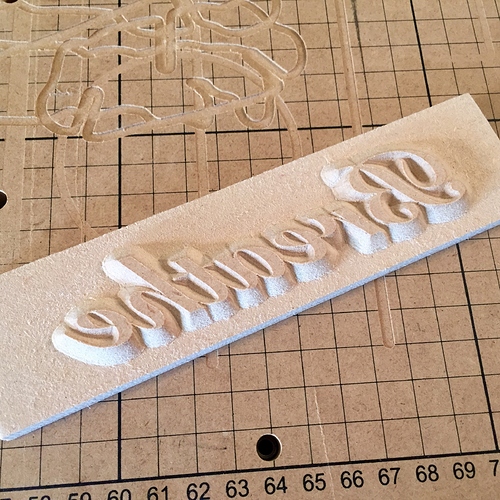