I just wanted to share some images of a project we’re working on. We’ve been using Easel a lot to create projects with our Carvey, but this is the first complex-surfacing carve we’ve done. These are body sides for a toy car cut out of black walnut.

The 3D files were created in Rhinoceros 3D exported as an STL. They were then brought into Vectric Cut 3D to create the GCode and finally imported into Easel to run it on the Carvey. There was definitely a learning curve, but I’m really happy with the results.

I’ll post more photos as the project comes together… 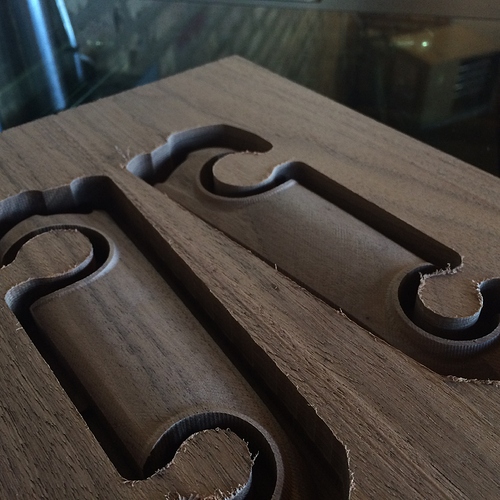 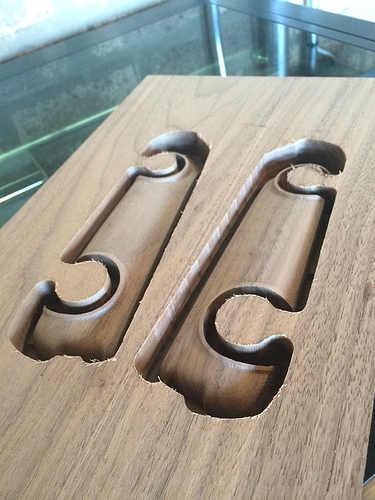 Not sure! This was my first time doing a carve like this, so it would be great to get it to go faster. I matched the feed rate and depth per pass from Easel’s settings for Walnut: ~600mm/min and 1mm depth per pass. I did a roughing pass and facing pass - I could probably do without both. LMK if you have any other suggestions!

what waas your finishing stepover.

worth it in my book.

The spindle is the stock Carvey “300W DC spindle”. On the roughing pass, I had the stepover set to the same as the finish pass (15%). This was definitely the culprit for the time.

I was just playing around with different settings in Cut3D and if I just switch the stepover in roughing to 40% is reduces the time by nearly 5 hours. I’ve also ordered a 1/4" collet and 1/4" ball end mill - that should take the roughing pass down to 23 minutes, which will get the whole carve down to under 2 hours.

Still learning, Iots of trial and error at this point - I appreciate the feedback!

Please tell me what was the postprocessor chosen in vectric cut 3d for sending to easel, thanks in advance for your answer

You can download a post-processor for Easel here. It will show up in the drop-down in Cut3D 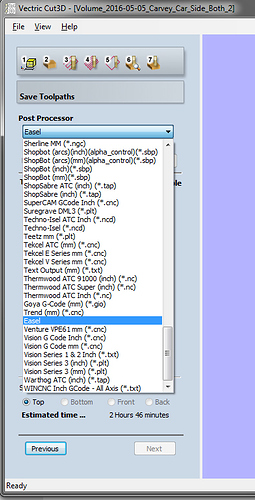 OK, my mistake!, it clearly says Easel, lol Thanks!

Would you please put a pic of the model made in rhinoceros?, I have a doubt, about the way to model volumes in that program, Do I have to model it, with the Block (wood), where I suppose to sculp the product?. Thanks.

You don’t need to model the block of wood - you input the dimensions of the material in Cut3D and it will give you a preview. I just built one side in Rhino and mirrored it. 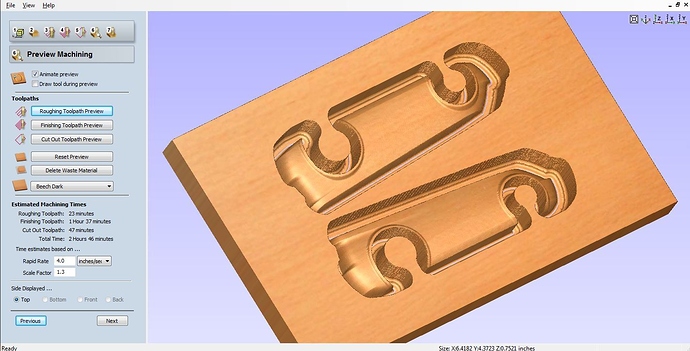