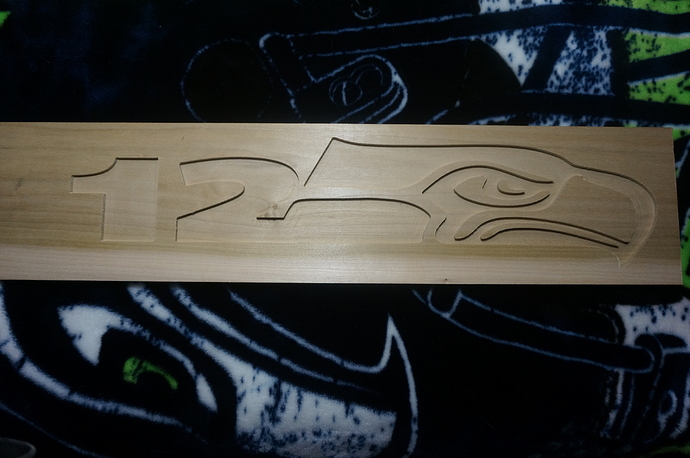 Where in WA are you? I’m over on the east side.

Very cool! I’m in Wenatchee, myself. Just down 2 from 'ya a ways.

Hey guys! I live on Green Lake and about to get my shop space in Tacoma!

P.S. Nice carve! Love the fact that it looks like it needs no sanding.

Sweet! I wonder how many guys from Washington we do have on here!

Nice. what’s your shop for? That’s a bit of a drive…

Yeah, I know. Believe me. I’m about to start as the General Manager of an aluminum boat building company and the X-Carve is going to come in extremely handy for cutting out things like the dashboard instrument clusters. Once we sell a few boats at the Seattle Boat show in 2016, we’re planning to move up to Seattle proper.

Not to hijack the thread, but maybe the PNWXCers should get together for a beer or something (probably should be in the Meta category). BTW, your 12th Man sign is vaguely reminiscent of one of the revenue streams I’ve developed to make Xavier pay for himself. There’s another thread covering that topic.

I’m 22 miles up river from Woodland WA. Mailing address is Ariel but post office is 11 miles down river from me. Have kids in Kent.

Wow! Had no idea you were so close. Your mods thread was the first thing I bookmarked when I joined the forum.

It’s a high-end commercial fishing boat 22’ to 24’ with numerous modular options. No reason it couldn’t be a recreational fishing boat though. Our hull form performs like a compound curved hull, but it’s made with flat aluminum sheets. Performs amazingly well and is even self-righting (don’t ask).

That is going to be a killer commute Green lake to Tacoma. Do you have a link to your boats.
Congrats on the new job.

Thanks! I used to commute from Bellingham to Seattle, so this will be a cakewalk. The best part is being able to completely justify the cost of the XC1000!

Went to the web site very nice looking boats. I can see how they would be self righting with the door closed.
I’ve crossed the Columbia River Bar meany times on Coast Guard 44’ MLBs but never tested there self righting ability.

Are you designing hulls in delfship?

Chris
Here are some photos of the engines I designed, built and installed for the 1/32 model of the W. T. Preston.

What’s the company name? I used to work for Kvichak Marine as a lead mechanic and outfitter…

AAAH… never mind. Just went to the website via the earlier link. Nice!

Here’s a finished one, Red oak with an ebony stain in the carve, three hand-rubbed coats of danish oil over the entirety. 24" x 5 1/2" overall size. Got orders for 10 more just from posting a video on Facebook to show the carve in action for my friends that have seen me building the machine, but didn’t quite understand what it is… 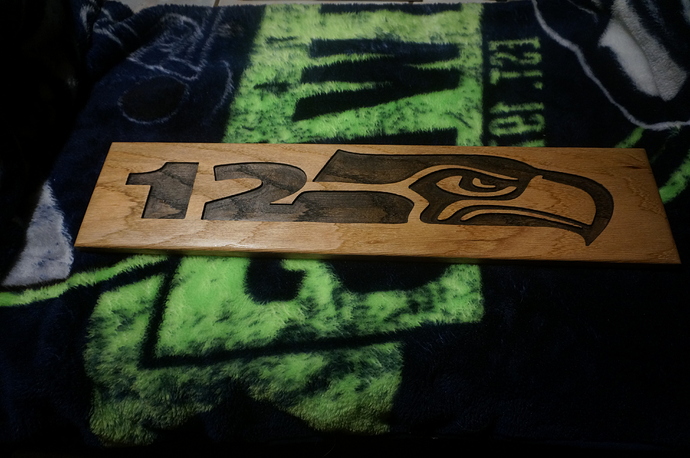 Dude, that’s awesome! Make your XC1000 pay for itself.

I think this Facebook thing is really going to be popular. Nice use of social media marketing…

I was hired on after the design process. I’m just going to get production up and running. The boats you see on the website were basically one-offs that took way too much time to build. I’ve worked with Kvichak Marine in the past. Very cool!

Your stuff is mind-blowing and I dig that you’re making such precision aluminum parts with your XC, necessitating the mods. My dream is to eventually have an XC that can handle full 4’ x 8’ sheets of marine grade plywood.