My last couple of carves have had some depth issues and I have been paying close attention where they have been occurring. It appears as though it is coming from the middle left of the machine. During a carve today, I put a level on the board and noticed a slight sag in the middle of the board, (approx. 0.05in). Not a lot but enough for this machine not to cut. This is frustrating having only had the machine since November. Most of the things I find are on replacing the wasteboard. I do not believe I am there yet and would rather safe the money on projects.

Does any have any ideas on how I can fix this issue.

I had the same problem and just shimmed it.
That worked but I still had problems with the MDF moving with the weather changes, so I moved up to a cast aluminum bed.

While waiting for responses, I decided to basically take my work bench apart and insure that it was level and square, fearing that was the problem. After getting it all back together, I noticed that the frame of the x carve was setting high one the front right of the machine, causing the unleveling in the middle.

I started to loosening some of the frame screws and to see if that was the issue as well as retightening all the screws holding the wasteboard screws son that they had more of an torque equal. This however failed to fix the issue. I am unaware of anything that could cause this problem, maybe something during the building process.

Too embarrassed to show you, I used some brackets the pull the machine down rather that lift other sides. This was done be crewing into the side of the waist board and into the table. Not that big of a deal , however, the cause of this is something that still needs to be determined. After running there same project again, it appears to have fixed the issue…for now. Because it appears temporarily fixed, I do not believe it is cause by the wasteboard itself.

Hopefully someone from x carve will see this and give some insight.

Thank you total that take time read this regardless if you have an answer.

I bought more extrusion and fasteners. Then I added them to add extra support.

Is one or more of your extrusions bowed?

I am not sure what an extrusion is? I don’t know what is bowed that is causing the problems. Finishing up another project today and is still carving light towards the center left of the machine.

After looking up what an Extrusion is, I am not sure how this will fix the problem because I am not sure what’s causing it. I guess manufacture will be getting a phone call tomorrow

Did you find that somewhere or have it made?

I designed and made it.
I know that I’ve got MIC-6 listed as the material, but ATP-5 has the same specifications and is cheaper. (and that’s what used) 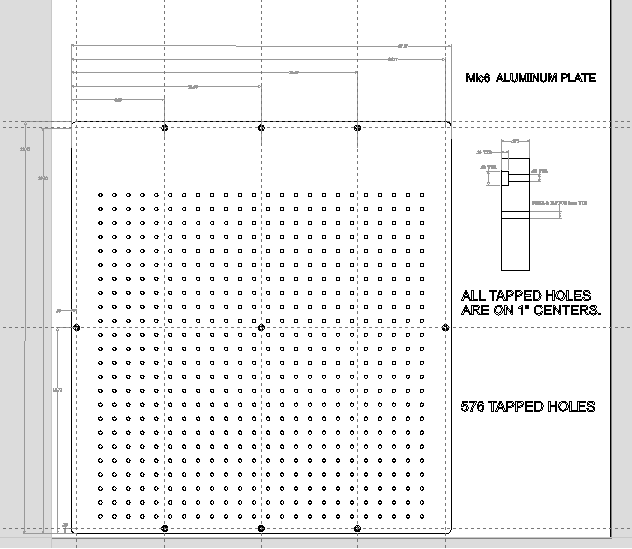 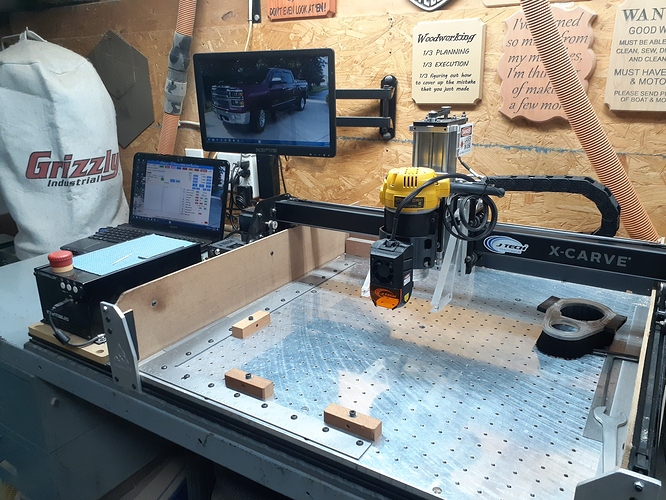 Thanks Jan. Can you PM me a higher resolution of that please? When I zoom in the measurements are unreadable. What thickness is that?