What would cause this?

Two holes, at a strange angle. Looks like the top Line it was supposed to draw didn’t happen and in two spots the 60degree bit just dug in. 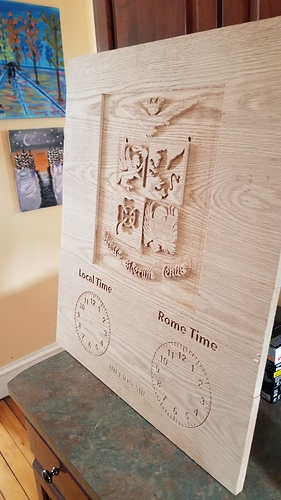 This happened to me when I hadn’t tightened the bit into the collet properly and it dropped during the carve. I feel your pain!

What do the Easel preview show you?
Zoom in from the side so you can view the “below carve” area

I had a similar hole when my bit dropped as well. A loose bit is never a good thing.

Yes but in two places and nothing else in the carve screwed up?
That looks like a tool path error.
What software was used to design?
Also those holes look to be from an end mill not a v bit?

I am using Easel and don’t see anything on the preview. I will post the project.

Here is the shared project 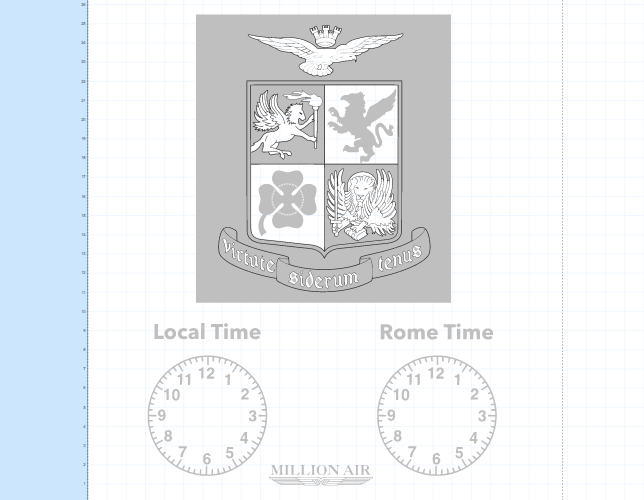 When it dug in, did you stop the carve?

I wasn’t there. I was monitoring from upstairs and have a video camera mounted. I was also listening for unusual noise and did not hear anything. This carve took 6 hours.

I was able to view the tool paths with material hidden and there are two distinct plunge paths. Tilted up looking at the bottom of paths, material hidden.
I would suggest you submit the issue to support. Easel Pro has these glitches from time to time.
They will not have a piece of material that size to provide replacement.

Was the bit loose in the collet when you got back?
If you can export the gcode, I’ll take a more detailed look at what @MarkA.Bachman showed. I’m seeing the same.
I don’t have Easel Pro. You can export going to Machine–>Advanced–>Generate Gcode–>Export

You can view in Easel. Only pro is needed to carve.
I do not have Pro either

You can view in Easel. Only pro is needed to carve.

You can view the toolpaths in Easel, correct. I saw the same as you.
I was going to look at the code to see if I could see when/where/why it happens. You need Pro to export the gcode.

Yes you do need Pro to export gcode.
You get four free days per month so if you don’t use EP you could waste one day exporting the g code.

@PaulRinguette It looks like the artwork had some extra nodes which caused the issue. I was able to replicate the problem. I then deleted some unnecessary nodes in the area of the leftmost hole, generated toolpaths again, and the deep plunges weren’t there. It’s generating a toolpath again, but I’ll share in a few minutes.

Easel should NOT generate plunges like that, regardless of your nodes. @Ruwan
Shame it wasted your glueup. Or call them hanging holes.

Thanks. I am attempting to repair but it will still be obvious.

How would I use Easel to see what you saw or was there another program you used to see the plunges? The preview in Easel didn’t show anything drilled there and I spent a lot of time looking at it.

Also, I do have PRO and only am using it to get to know the machine and software. I know I am going to get something else more powerful to do more 3d or 2.5d sooner than later. Any opinions on software? I’m a techie but not an Engineer so powerful and simple is better for me. Ha ha

This is the node that caused the issue (middle one). Why? I don’t know. 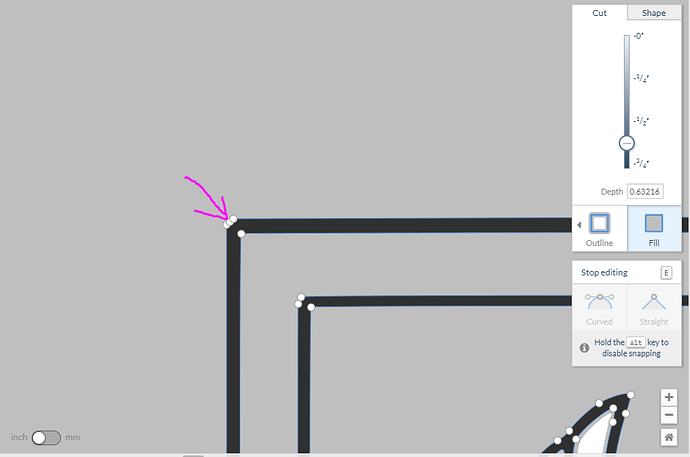 How would I use Easel to see what you saw or was there another program you used to see the plunges?

In the preview, you can hide the material and rotate the view with a left click drag. A right click drag will move the viewpoint, so you can see it from the side.

The image I sent was right out of Easel.
Simulated tool path, clicked on hide material, tipped it up to see underside and there were the two plunges sticking down well below all carve paths.