Where do i start with pcb design

ive had an interest in pcb’s for a while now. and given the large hurdles need to to home make them( expensive tools or harsh chemicals). i kinda hung up my hopes for it. that is untill i learned the xcarve i just bought not to long ago could mill them. now im really exited. but i dont know where to start. and all tutorials expect you to have high knowledge of components.

to say my skill level. ive built about 15 drones. repaired dozens of rc models of all types. im kinda the go to rc guy in my circle.

i am an avid solder. i select all my parts and now i even craft my own frames with my new xcarve. which are coming alone nicely but are still secretive at this moment.

so i have the concept of electronics down pat. but pcb just seems overwhelming for some reason. primarily i just want to make power distribution boards with simple circuits on it like a ubec or a cap for voltage stabilization.

but first i just want to start simple. like a powerboard for my ground station. which would have a 10amp relay and switch. 2 3s lipo inputs. and 10 switches and outputs for gear. because my old ground station power distribution was horrifying but well hidden,you wont be able to see it. i lost the internals picture. but i want to make it better in my reconstruction. because whats hidden underneath is bad. 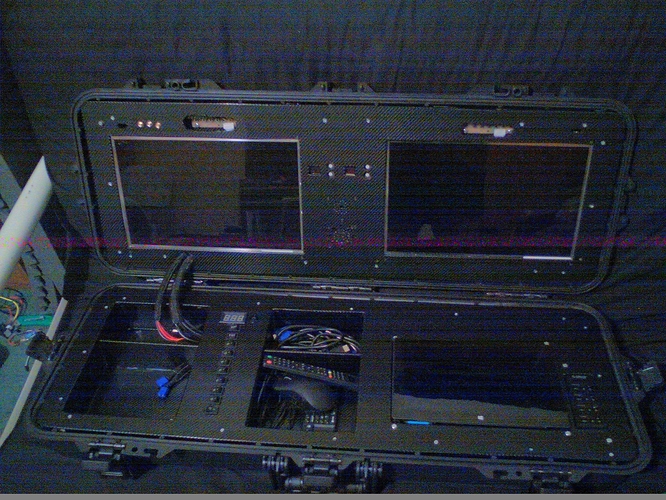 where do i start.
currently i have pcb spark. and even though im sure its not. it looks like rocket science right now.

I am about at your level of ‘expertise’, and did this a while back:

To make this project even more interesting for me, I added something I hadn’t originally planned, and haven’t done before on the SO2: pcb milling. I designed a little board that takes i…

Making a simple board is usually pretty straightforward.
Most PCB designing software has 2 modules: a schematic editor and a pcb designer.
Because my power board was extremely simple, i skipped the schematic part and designed the PCB directly. Using pencil and paper I just drew the components and found a way to connect all pins without crossover traces.
But for the most part you will want to draw it up in the schematic editor first. This way the software knows which pin connects to which, and when opening the pcb design module, it should be able to put all the required components already on the board and provide visual aid in connecting the correct pins.
just a few things to keep in mind:
if you design the PCB looking from the component side, don’t forget to mirror your traces (underside view)
Because the pins in the schematic are numerically ordered a certain way, doesn’t mean the real-life pins are ordered in the same way.
keep your paths and islands as big as possible without them touching off course

I haven’t used it, but Eagle Cad seems to be a great place to start designing PCBs for milling.

I downloaded it but haven’t gotten around to opening it up just yet. It does come with a 15-day free unlimited trial, and it seems to be pretty inexpensive for what it offers.

i cant afford to buy anything now which is why i got pcb spark.( i just blew $2,500 on the xcarve+vcarve and upgrades.) but i was told they had some kinda free edition perhaps.

also. how would i setup for trace thickness. my max is 10 amps. but worst case with everything running at the same time. i only expect to pull maybe 7-8. and that wont be often.

There’s a freeware version of Eagle, it’s buried in their site, but check it out here: