Wiggles in curves, plus bunny ear hole moved, with PHOTOS!

I cut out the rabbit bowl from the projects page a couple of days ago in 1/2" mdf using a straight cut bit, it came out OK BUT there were some wiggles in the ovals at A & B and at C there were two unexplained cuts that the rest of the carve didn’t follow. 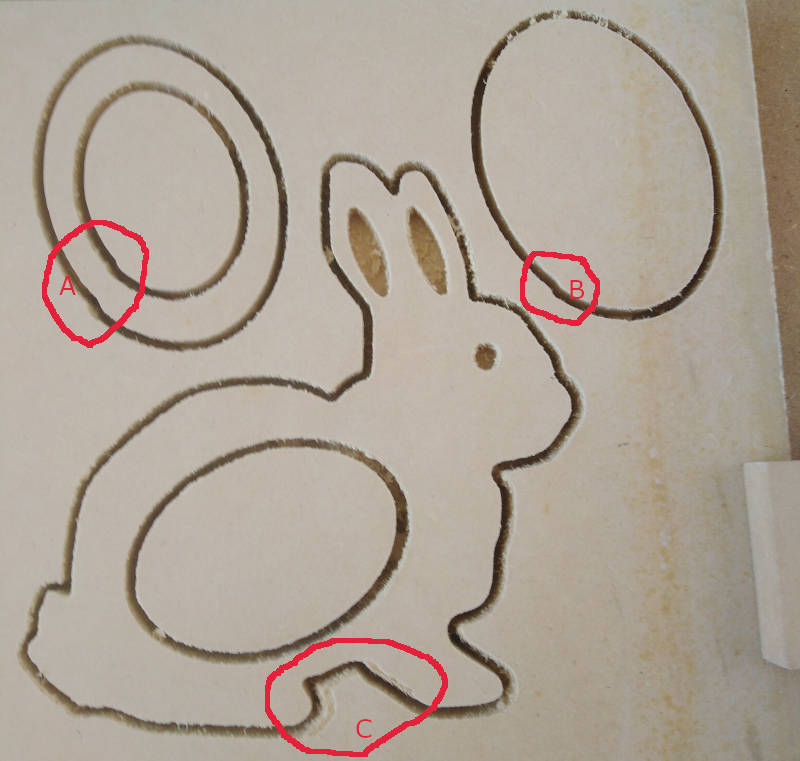 Anyway, not to be discouraged, today I made another attempt after modifying the Easel file slightly to change the size of the oval shape. I copy and pasted the original into a new TAB on the Easel file. I also changed to a 1/8" upcut bit. This bit is much longer than the straight bit, the cutting edge is almost 1".
First problem is that I had to slow the cut down, as it went off path on the third pass. I retried and the same thing happened, so slowed the cut down from 700 mm/min to 500 mm/min, which stopped the dropped steps, although it seems a bit slow for the same thickness of bit. However the real problems came later in the carve: 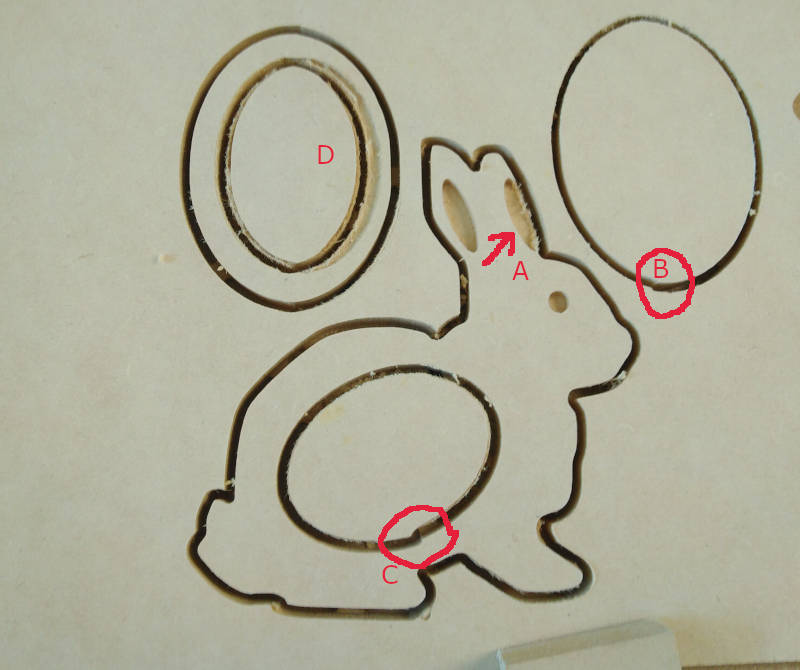 Rabbit 02800×670 45.8 KB
D can be ignored, it was from my failed attempt before I sowed the feedrate. B & C are the same issue as the previous cut. But A ruined he carve, the rabbit’s ear hole pocket ran into the cutout profile. When I compared the two pieces, today’s rabbit was not identical to the previous one, even though it was copy and pasted in Easel, not resized. In Easel there is a reasonable clearance between the pocket and the profile. Modified version.

I would welcome any diagnosis on what’s going wrong here.

EDIT: Both photos are after sanding the furries off the mdf.

Looks like something is loose… Possibly a little sloppy on the x-axis? I’d check all the idlers, bolts, and belts on the gantry.