Will be my first project

I can see a couple of things that might give you trouble though:

Is your text supposed to have those little bits of white on the inside? It looks like maybe you’re setting them to cut a profile instead of a pocket/fill. If the white inner lines are intentional, you may want to re-think it a little bit. They likely won’t carve right, or if they do they’ll break easily under finishing and sanding stresses.

You can probably get away with making the shell white or 0% cut. You won’t be able to tell the difference in height, and it will reduce your cut time dramatically.

I don’t ignore it, but I don’t always heed it either. When I see the warning I pay extra close attention to the toolpaths to make sure everything is hunky-dory before cutting. Sometimes it’s the logic that’s messing things up, not necessarily the geometry. Same for the red areas of the 3D preview. On some stuff like deep profile cuts it’s going to show up because it’s cutting the exact width of the bit, but the toolpaths render just fine. Or, maybe I know that my shape has sharp corners that the bit can’t reach. But that’s within my tolerance for the project.

Thanks I didn’t know you could move the tabs. It was bothering me that they where always placed in awkward spots.

You can also now choose the number of tabs in Easel instead of stacking them: 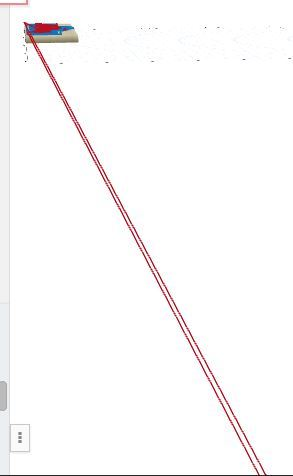 Definitely added in the last 48 hours.

spindle was all like “yo f it guys im outtie.”