With the wiring coming off my X-Carve being such a mess, and making moving the machine impossible, I wanted to come up with a solution to organize and simplify the connections between the machine and the power supply/controller.

With a total of 20 wires coming off the machine, one option would be something similar to a ATX-style 20 pin connector, but with higher voltage/amps. 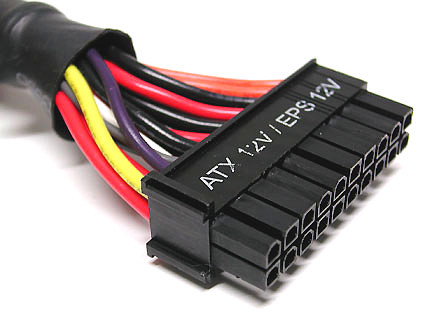 If the ground for the 3 limit switches were merged at the machine, that number could be reduced to 18 wires. Which would make using something like a 18 pin FODU connector possible. 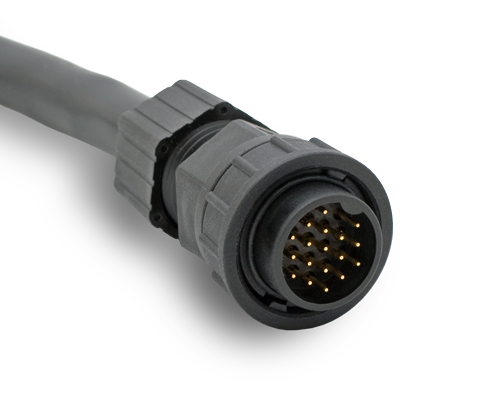 I like the idea of something like the FDOU cable, because it would mean I could have a connection point at the machine, a connection point at the controller, and a standardized cable between them. The length of cable could be selected based on your needs at the time. For example, a longer cable for the shop where the controller might be on a shelf above the machine, or a shorter cable for when you plan on taking the machine to another location/event.

The connector would need to handle the power needs of the stepper motors and the 300W 24V spindle. Anyone know what the max draw amperage would be?

I’d be interested in see how this pans out in practice. I don’t have my X-Carve yet, but I would definitely consider doing something like this.

I ran into the same issue. I already broke the wires going through the chain into three main cables. Now I’m dealing with the messy g-shield end, and the lack of slack between the g-shield and the end of the chain. I ended up ordering 4, 5 pin XLR connectors. One for each stepper, and one for the limit switches (and maybe DC spindle power). This should also make it easy to swap the g-shield for some other controller later on.

The only other big issue I have is that there isn’t much room in the drag chain. If I switched to an AC spindle, I don’t think there would be room for the power cord. Are there bigger drag chain links that would fit the same mounting holes?

I was wondering about the drag chain size. I was also thinking of running an AC extension cord through for a trim router, but wasn’t sure if there would be enough room.

The other advantage with the XLR connections is that with all the motor connections being the same, it makes switching motors for troubleshooting easier. Also if you just want to disconnect one, that is possible. The disadvantage is that it would be easy to mix up your motors if not carefull, and that could be really bad.

It might be a good idea to reverse the gender on the limit switch XLR , so it would be differant then the motors.

One issue that I would consider with running ac power paralel to the stepper wiring is crossover current interference. On the machine I just sold to buy my x-carve,

If the power cord for the bosch colt router run paralel to the stepper wiring for any distance (1-2 ft??) I would get this interference and lose some of the step count and other erratic behavior. ie; just about done with a really nice piece the z would drop into the workpiece and carve a beautiful groove on the y axis from one end to the other.

I guess you could EMI-sleeve (shield) the DC wiring, but the drag chain might be getting pretty packed at that point.

I like this solution -found (and ordered the connectors on Amazon) but am having trouble finding the 18-pin FODU cable. Any links you can share where you found one?

Here is something I found looking up 18 (or more) conductor cable.

I dont know if it can be had in less than a 100 ft increment though.

It may lead you somewhere else that does sell shorter lengths.