There was something not right with the X-Axis, it did loose small steps now and then, so I went in to try and fix it and this happened…

Now, how to get some new belting? I bought my X-Carve from RoboSavvy. 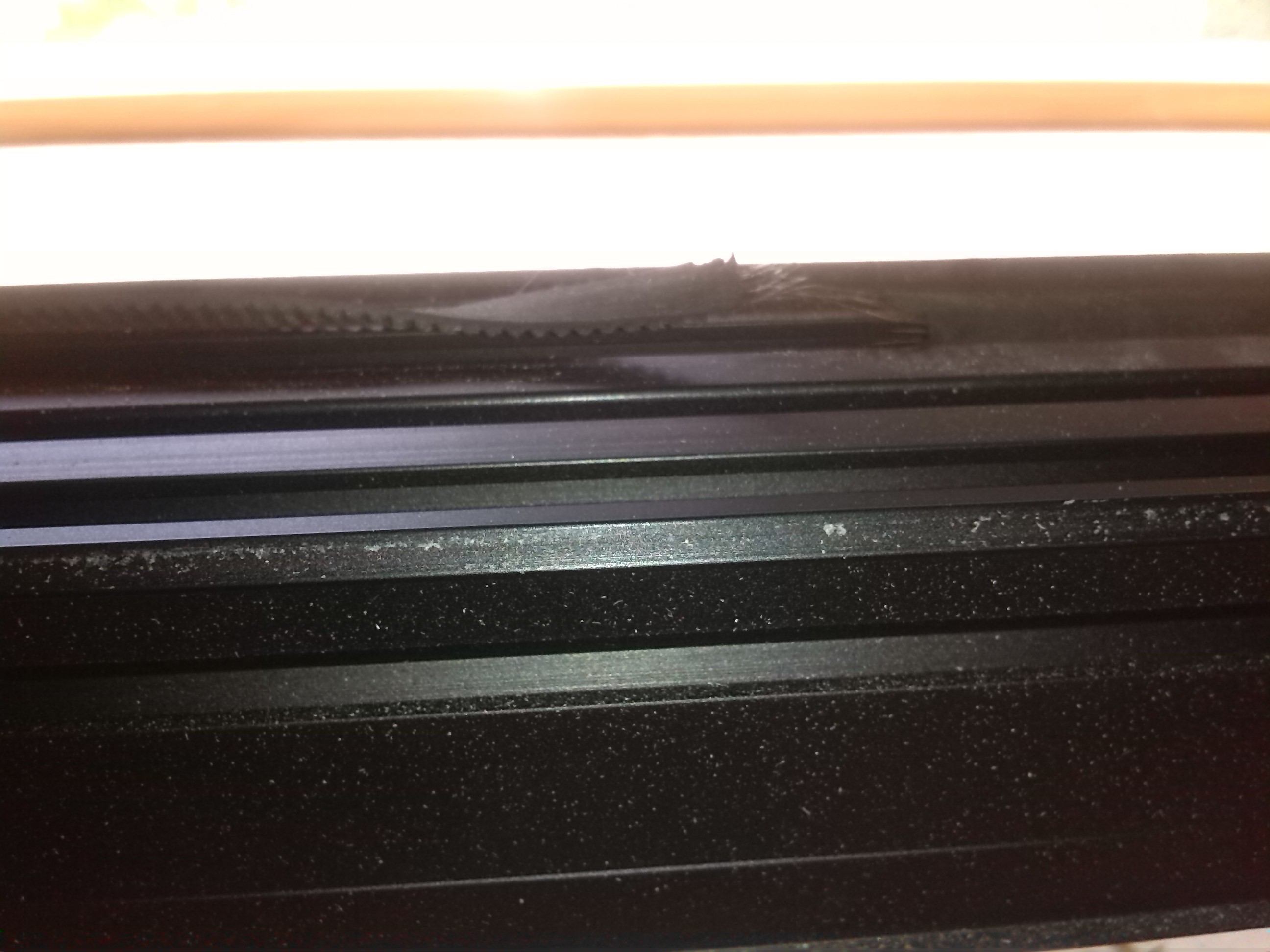 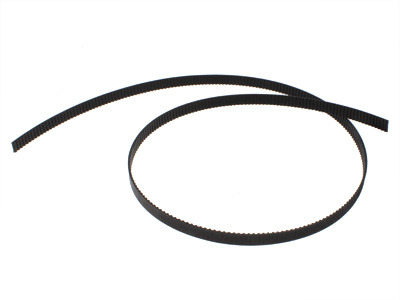 For use in a fully synchronized drive system

Thanks, I contacted Robosavvy to see if they have some. They are the official European reseller after all. If they don’t, I 'll have to go to inventables directly.

Anyway, I found the problem, Both the set screws in the pulley on the X-axis motor where loose. so the pulley got out of line and had a bit of wiggle room, explaining the (small) offset I got on the X-axis. Also it managed to kill the belt.

My X-carve is running on a 500mm X-axis instead of 800mm for now, until I can get my hands on some new belting. At least it’s not dead until then, lot’s of work to do.

When you get your belt replaced, make sure that your pulleys/idlers are lined up properly, that seems to be the main cause of this problem.

[edit] As you clearly saw for yourself

I went through a couple broken belts on my machine. The first time inventables replaced the belt. The second time i realized it broke because of pulley misalignment. Inventables offered to replace it but i declined since it wasnt their fault. Thought it was nice of them to offer though

I bought belts off amazon and they were pretty cheap. I bought way more then i needed. I have enough for 3 or 4 machines lol

I always buy extra parts when I’m replacing something - if I managed to break something once, I promise I will manage to break it again!

I bought a six meter length of cable off of amazon also…haven’t needed it yet, but just to be safe.

Inventables offered to replace it but i declined since it wasnt their fault.

Kudos to you sir,

many folks may have taken advantage of Inventable’s generosity. Your actions show that it needs, and does, go both ways.

If you get no joy from RoboSavvy search for “GT2 Belt” on ebay.co.uk, plenty there but make sure you get the right width.

thanks, yeah i just didnt feel right since it was totally my fault