Well after weeks of waiting my x-carve arrived today… and now I am stuck on step one of the build.

In all the pictures and videos it appears both sides are equally countersunk to allow for the flat head screws to sit flush. As you can see the right side hole is not the same as the left.

I am missing something here or is my x-carriage not correct? 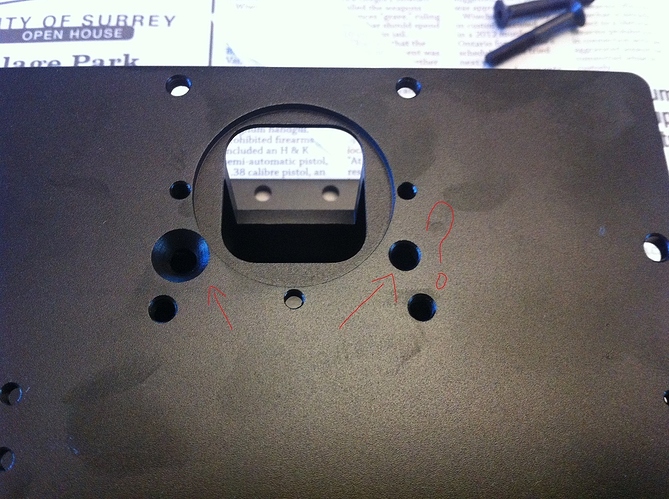 Definitely wrong. If the two holes are not countersunk, the protruding screw heads will stop the stepper motor from sitting flat on the side of the extrusion.
I had a similar problem on my x carriage in that the countersinks were not deep enough (or the head of the countersunk screw was too big). Small shim fixed it for me.
Contact Inventables for a replacement.

Thanks for the replies, I have just emailed them now.

Although I could go out and buy a metal countersink bit it seems a bit silly to start tinkering on step 1 of the build.
Based on other comments about faulty parts I have high hopes they can get out a replacement quickly.