have been planing an expansion for a while now so about a week ago I started up sizing my x-carve bench, got that finished and the parts I ordered have started coming in so over the last few days I have got the side rails on, leveled and straight which is no easy feat when working with 3000mm makerslide, and that’s far as I have gotten so far 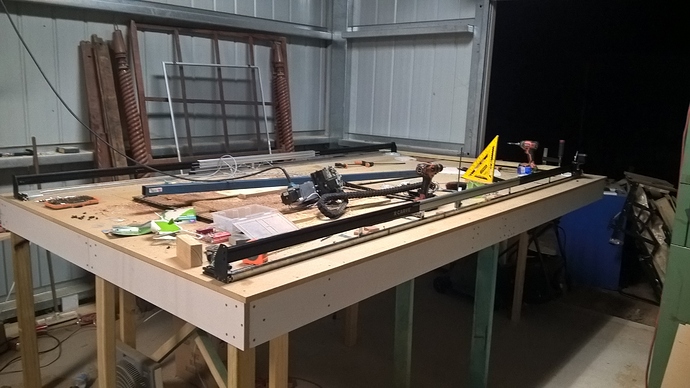 Wow, this should be good. Can’t wait to see it finished up.

Keep track of all the expansion parts and post when done…! 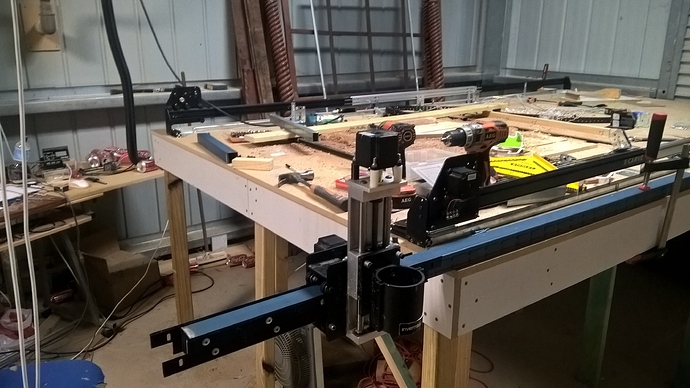 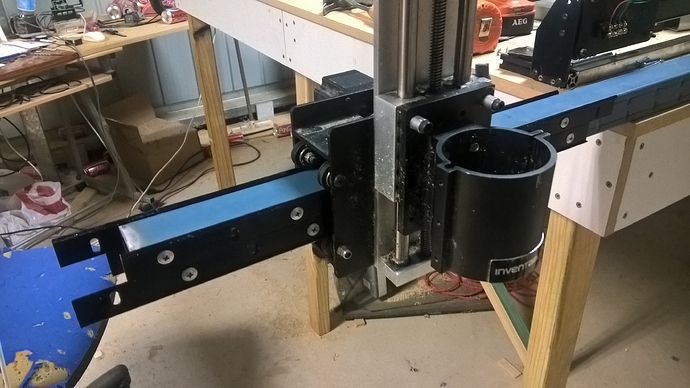 gantry in and Y stepper motors wired and tested 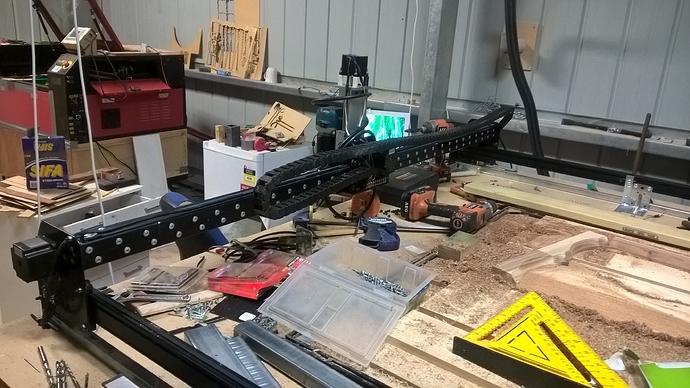 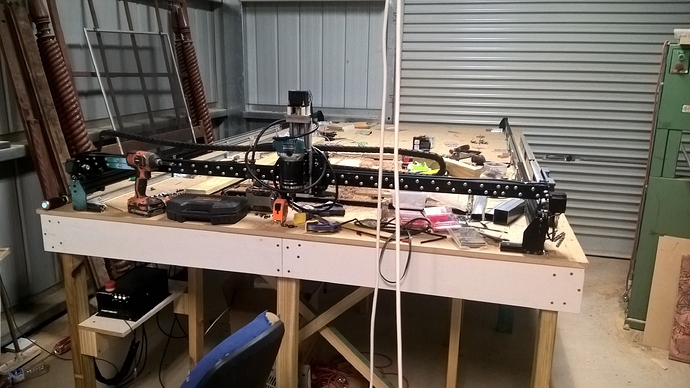 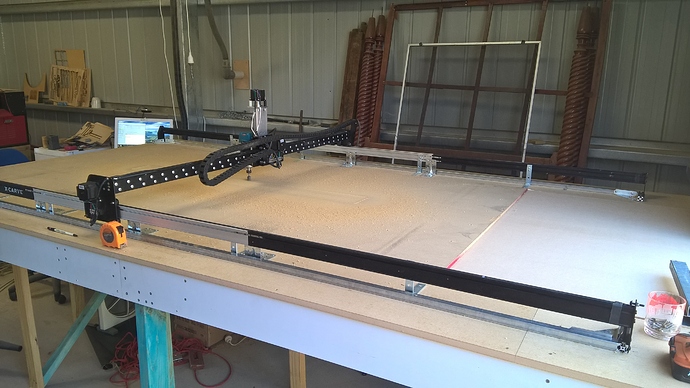 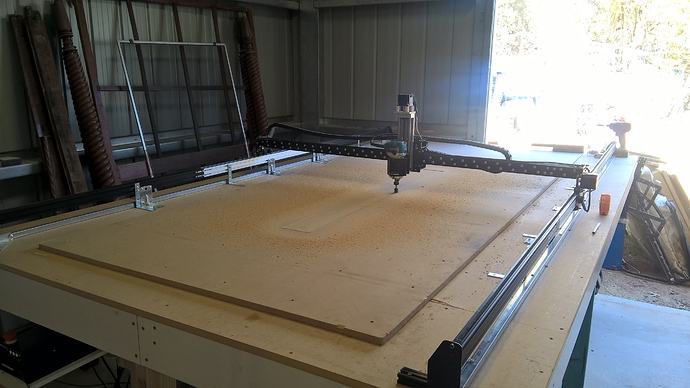 WOW! that’s quite a size.

You might want to think about getting a stronger drag chain for the X axis. Something like

That will give you the self support you need over the width without the risk of it dropping down and catching.

am planning on building in a drag chain support, something like the latest x-carve comes with

only real problem so far is the left and right of the gantry get out of sync to easily, think im going to have to buy another set of gantry plates to lengthen its hold on the makerslide

anyone know how to set the machine size to bigger then 1000mm, UGS wont let me enter a travel distance more then 1000mm at the moment

hows the machine coming along? any updates? care to share the B.O.M.?

I’d be interested in an update too. Looks interesting.

@Zach_Kaplan Would this be something Inventables might offer in the future? I would be nice to buy a complete size upgrade kit directly.

At this point I’m trying to understand it a bit more. I’ve never seen one in person and there has been a lot of speculation. I’m interested in understanding specifics of the setup and how it performs.

I can’t tell if it’s just the photos, but is the X axis drooping/flexing?

I’d wonder if you might need a second piece of wide makerslide for the X-Axis with the X carriage tied to both of them for stiffness.

I don’t think it’s WideSlide. I think it’s two longer pieces of PlainOleSlide bolted together with a steel spline between them. Old-school.

Same idea, different implementation. My thought was that would a single 40x40 type extrusion still be stiff enough over that X distance or would it need even more enhancement.

There’s a problem if you’re doing this on the X-Carve design - the X carriage surrounds the X axis. So unless you want to do a complete redesign the only approach might be to have an extra plate attached to the X carriage that reaches up and clamps onto a secondary rail - whether that’s wide makerslide or steel box section is left as an exercise for the reader.

You could do 2 Xcarriages on separate vertically spaced rails and have the Z axis Makerslide connect them both (you could also belt and motor them both).

You could get a longer ACME screw and get more Z axis distance as well as a benefit.