Been looking around at options for cutting on un-even surfaces. G-code ripper from scorch works keeps coming up, However in the documentation it says GRBL / Shapeoko does not support probing. The export options only allow for linuxCNC and Mach 2/3.

This is especially confusing since the probe option is available, and has been used by many x-carve owners for some time now.

I could setup a computer for LinuxCNC, however I’d rather not have another machine sitting around my shop. (Edit: I guess they are referring to a linuxCNC interpreter, so I’d have to swap my grbl shield for a linuxcnc one)?

Does anyone know if linuxCNC / Mach2,3 code can be properly converted into grbl code?

Ah, forgot I needed to add a little more details.

I’m using Linux only, stopped using Windows over 10 years ago.

Current cnc setup is X-carve controlled by UGS. (Universal G-Code Sender)
I’ve used a few “Windows” tools such as HalfToner to generate code, but I’m looking for an easy way to probe a surface (For free if possible) then engrave / cut.

I’ve been checking out some of PhilJohnson’s videos and suggestions. Looks like ChiliPeppr may be an option, sadly it doesn’t seem to want to open from work (Gotta love blocked sites), but I’m going to check out out once I get back home.

Also going to pull my board and hook up probe wires to see if I can at least get some type of manual leveling working. The main materials I’m having issues with are glass from the dollar store (which who knew could be un-even) and brass plates (Those concave warps really thrown a wrench into a good engrave job)

I have leveled my bed a couple times, first time I found out the bit itself I was using was not straight / flush and cut stair steps into my board, although it was a lot more level afterwards. The second pass was with a smaller bit and seemed to have fixed a lot of my issues. But warped materials / uneven surfaces are still and issue.

My brass is 1.22 MM and I’m engraving at a .22 MM depth with a ball nose 3.14 MM bit. (I’ve learned the hard way to measure all my bits and MM has really helped make some of my work more accurate)

Hope this helps out some. I’ll be playing around with ChiliPeppr this weekend, I have some projects coming up I’m going to need engraving on, I guess in a real pinch I could mill down each piece then engrave, but that’s a lot of wear on a bit and a lot of time on the machine.

…the (G-Code Ripper) documentation it says GRBL / Shapeoko does not support probing. The export options only allow for linuxCNC and Mach 2/3.

This is especially confusing since the probe option is available, and has been used by many x-carve owners for some time now…

You are correct GRBL does support probing now. (I just removed that statement from the G-Code Ripper site.) G-Code Ripper can write g-code for two different processes.

Process 2:
Step 1: Write a g-code file for Mach or LinuxCNC that will probe the surface and save the probe data to a file.
Step 2: Read the generated probe data back into G-Code Ripper. Then G code ripper outputs a new file that is adjusted for the probed surface.
(NOTE: As far as I know it is not possible to write a g-code file for GRBL that would achieve Process 2, Step 1.)

…Does anyone know if linuxCNC / Mach2,3 code can be properly converted into grbl code?..

A simple/generic LinuxCNC or Mach g-code file will work with fine GRBL. There are some commands that are not supported by GRBL but in principle they are the same thing as long as the unsupported codes are not used.

I hope this helps clarify.
Scorch

I do have a slight twist in my x-axis. I plan to get a few upgrades as time allows. I also chucked the bit up in my drill press just to make sure, and the bit does have about a .1mm difference from one side to the other, even that, it shouldn’t have created the steps as bad as it was.

Thanks for the helpful tips.

Did some quick tests with g-code and ripper, When importing g-code from easel I get “Ambiguous start” I"ll get the exact error if needed. Working between multiple computers today.

So in theory I should be able to load a g-code file, create the probe g-code file, then run it using UGS?
I’m finally dusting off my x-carve after several months of no use. So I’m finding myself re-learning a lot.

Perhaps it might be easier for me to just make sure my material is flat. lol.

Thanks for the information, i’ll do some testing and see if I can come up with something. Either that, or look into finding a cheap machine with parallel port and get a linuxCNC controller.

Did some quick tests with g-code and ripper, When importing g-code from easel I get “Ambiguous start” I"ll get the exact error if needed. Working between multiple computers today.

That message means that all three axes were not positioned using G0 commands before a G1 command was issued.

Your best bet is to find a program that is written for use with GRBL. I don’t have a GRBL machine so I have never tried any of them but here is a link to one I saw a while back. 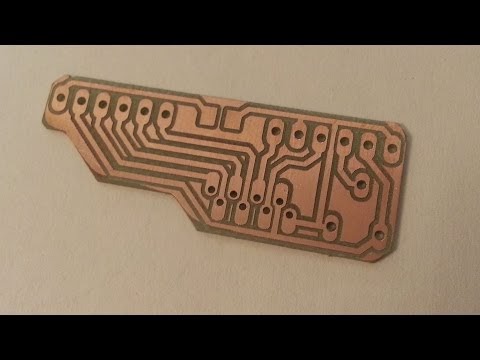 My comments above were not intended to encourage you to use G-Code Ripper. I was just trying to explain what parts of G-Code Ripper do not work with GRBL.

Gotcha, Thanks for the further details.

Sucks that GBRL will not store variables.
can you let us know what varables are required. I could create a new GRBL hex file that allows variables.