Hi All, I’m new to this and I’ve had a job fail twice now at the half way point and made some adjustments to the x carve to try and counter the issue. First issue was the machine taking a massive offset in Y (c. 300mm) during second cut out, cutting through first cut out.

The job is cutting out 2 identical parts 1 after the other. X carve has cut out the first fine, and commenced the second fine. However, around 50% through the second cut out the machine has offset in the X and Y ruining the cut out. The bit was broken at some stage in this problem as well. 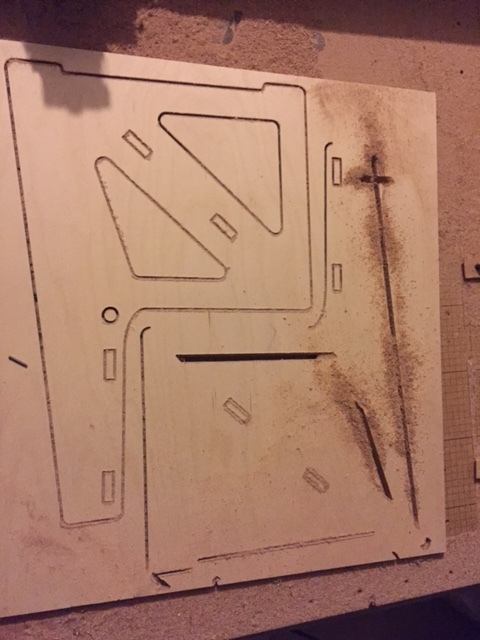 Make sure its Blue

So, Robert you were right, pulleys had slipped. So, corrected them.

Had trouble getting belts tight again as they kept slipping. Solved this though and they are tight. Need to check they aren’t too tight now.
Ran through adjusting the voltages as per some of the help videos and calibrating the x & y axis. Didn’t do z as I couldn’t find my dial gauge tonight. Done all of this and the machine still offsets on a test carve of a square. 3mm on x and 6mm on y. Also seemed to dive in a bit on y axis halfway through x track cutting. Using an 1/8" spiral flute bit. Reduced the recommended settings from easel by about 25% so that it wasn’t working too hard.

Could the belts bee too tight?
There seems to be vibration on the y axis as it tracks the cut, not sure where that could be coming from at present.

Any advice on where I can look next as it’s really stumping me.