I’m trying to use my X-Carve to engrave PCBs. I’m using the same toolchain that was used in the PCB walkthrough on this site: Eagle -> FlatCAM -> Chilipeppr. I have a z-min probe wired up to the X-Carve, and the probe is working correctly. The autoleveller in Chilipeppr runs w/o incident, generating height levels across my PCB blank.

The problem is that after I run the autolevel, and apply it to the PCB gcode, and then engrave the blank, I get consistently poor results: the engraving bit is being lifted off of the surface of the PCB in the same place across many PCBs. I’ve run this test a half-dozen times on different blanks. I’ve tried every 3, 4, 5 and 5 mm.

My blank is well secured to the bottom board. I’ve tried several methods, but the last few times I’ve done this (browser is google chrome on Windows 10): 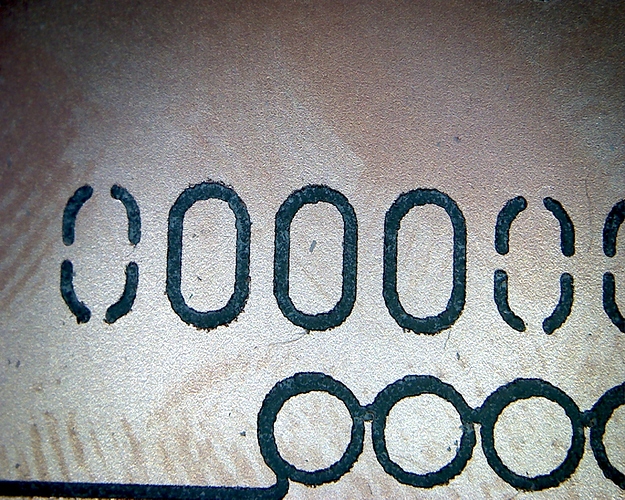 Autoleveling ON shows that the copper has not been fully engraved away: 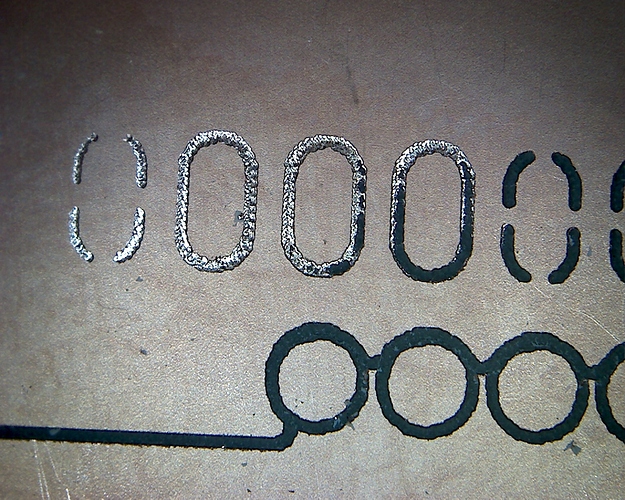