I got my 4x4 earlier this year (2022), and I’m not a huge fan of the wasteboard. I’d much rather prefer something along the lines of multiple t-tracks with the waste board being in slots like shapeoko instead of slabs like how it currently is. I have planed my wasteboard a few times now, and am close to the threaded inserts. I need a new wasteboard, but figured I’d ask here first to see if anyone has done this upgrade…

I would recommend that you design and make one to your needs.

get a sheet of MDF from your local lumber store 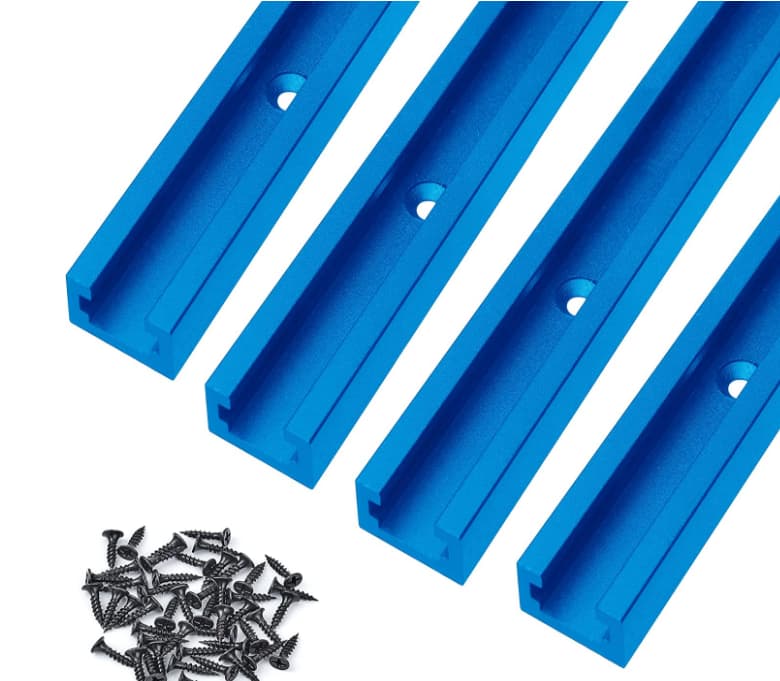 I suggest the same as Ken has.
make sure to measure your existing clamps and get the correct size T tracks IF you intend to re-use you’re existing clamps. I’ve seen quite a few unhappy OneFinity and Shapeoko owners who installed new T-Track only to have it not fit their existing clamps…

I also suggest placing your new wasteboard atop that stock one if possible, because the original one has machined areas on both sides and would be a bit of a PITA to machine the underside of the new ones.

I dig the idea. So take some MDF, and make sure that whatever T-track I use, it can fit the clamps that I use. The biggest problem I have with the OEM wasteboard is that the drill points for the bolts that hold the wasteboard to the frame, were off terribly. I have 3 of the 4 wasteboards unsecure to the frame because the holes weren’t drilled correctly. This is the main reason why I’m in need of making a new one. I lose the inserts, but I guess that’s the trade off for wanting t slots.

Also, another question to the matter would be, how I would go about, if possible, squaring the new wasteboard to the spindle considering that I won’t have the plotted out threaded inserts anymore?

how I would go about, if possible, squaring the new wasteboard to the spindle considering that I won’t have the plotted out threaded inserts anymore?

I wouldn’t worry a ton about making the wasteboard physically square, the frame being square is what’s key. However you could after mounting the new one and surfacing it flat using the CNC, you could use a Vbit to carve some shallow lines into it for the purpose of aligning your workpiece.

For the initial mounting you could also do something similar using the cnc itself with a bit in the spindle and jog front to back when installing the slats and t-track to align them parallel to the CNC’s Y axis movement. like when you lay down the first slat butt the edge of the slat up against a bit in the spindle at the front and hold it in place, the jog the cnc to the back and butt it up against the back (using the front as a pivot point) now the slat is perfectly parallel to the Y axis of the CNC (you could also jog back to the front just to ensure it’s perfectly aligned before fastening down)