Is this something you are looking for @NathanButler ?

I know it isn’t the best example because it was done with a bent spindle, but I have a feeling that it would only get better with an unbent spindle…

I have tried running the motor without the collet and nut, and it seems to run slightly faster and more quietly. I tried removing the set screws you describe, but could not get the collet holder off with gentle prying, which is why I asked. Frankly, when I received the spindle I was surprised how thin the spindle shaft is; it seems like that's a weak point in the design. I'm using a power supply I already had and upgrading from the dremel, so I don't speed control yet (I'm waiting for it to be… 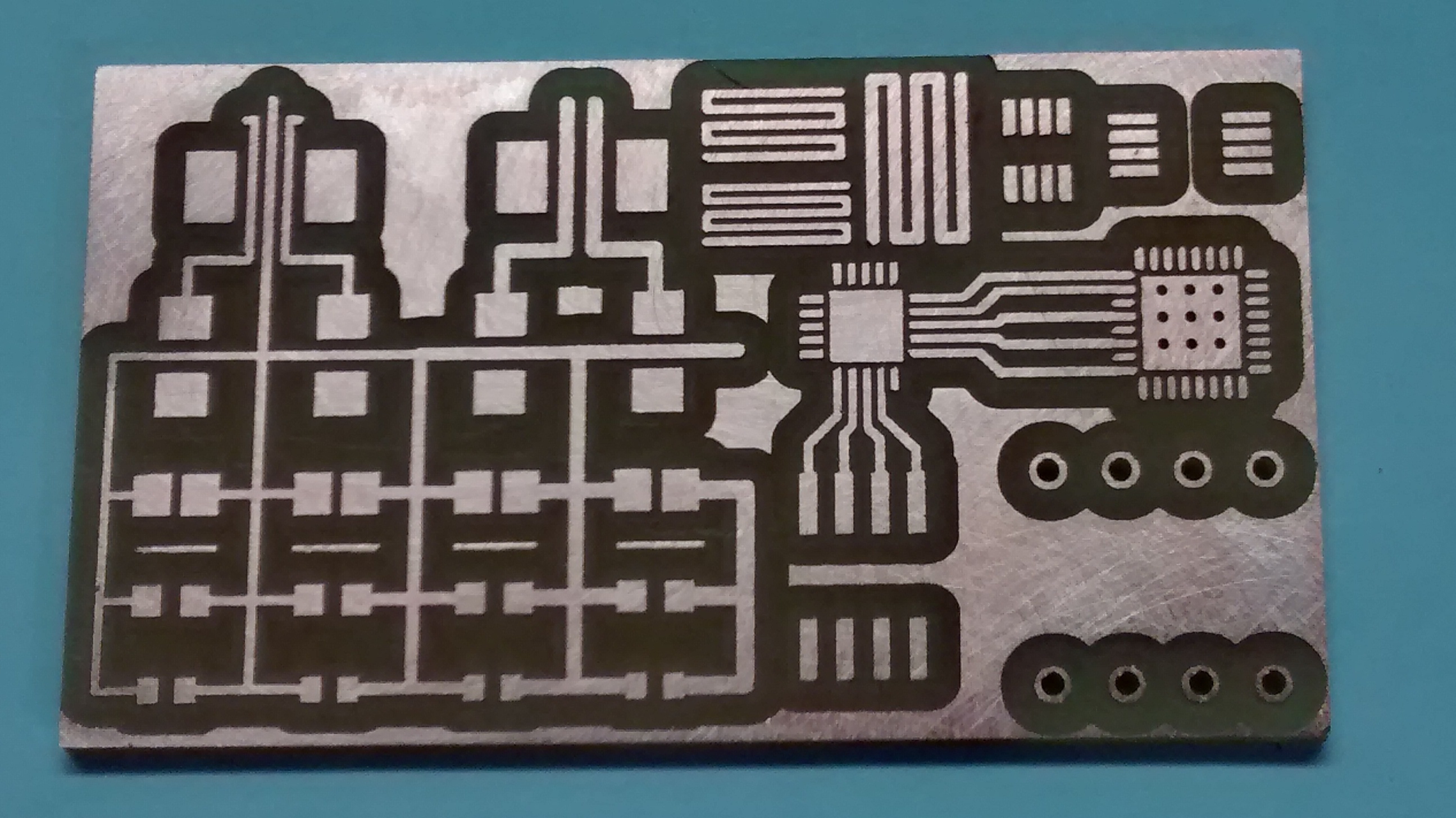 That’s beautiful. But, @KyleJacobs , could you tell us what package sizes that board is displaying? I don’t know whether I’m looking at a credit card or an 8.5x11

On my gosh, are those 0.1" spaced holes in the bottom right?

Wow, those are gorgeous results. He brings up a good point, though. Of the entire X-Carve system, I’m most underwhelmed by what seems like a cheap, sloppy motor. Does anyone feel like one of the dewalt roiuters would have less runoff? Less vibration?

I am sure the Dewalt routers will have less runoff, and yes the spindle (it is still technically that) is lower cost, but he got one with a defect… I personally haven’t had a problem with mine. It runs smooth and when I keep in mind that it doesn’t have huge power and work within it’s limits, I get some really accurate results. Also, mine doesn’t vibrate like that. When it is on and not cutting it runs very smooth.

I can’t speak to the Dewalt having less vibration, but I do know that it will be a lot louder. If you want to keep the noise down and need more power (hence not doing just PCBs) then I’d go with one of the higher watt Quiet Cut spindles or even a VDF controlled .8kw spindle… all that being said, if I were just PCB milling, then the 24v Spindle that I have would be plenty to do the job.

Edit: just as an example, I am right now milling some hard wood similar to walnut with the 24v Spindle and am getting .002" tolerance on a part that will be a snug fit case for an iPhone 6… all of the test fits so far have been spot on and low tolerance… they have all fit like a glove.

That’s great to hear. I’m having a baby in 6 months, so I probably should be looking into the quieter options. And I suppose that’s the catch22 with using a company’s online forum- everyone with a defective spindle is going to be here complaining about it, while most people that have no problems probably aren’t going to be logging in to say, “everything’s working great, just fyi”

oh yeah, there is a 2 year old sleeping in the next room while I carve too… no sound dampening, just insulation in the walls and a dehumidifier in the room where he sleeps.

I have a feeling there are quite a few out there just happily carving away with the 24v.

All of this being said, I do at some point plan on doing some sound dampening, and I would love to buy more grunt later… I’m waiting to see what happens with the VDF spindles Inventables is testing and also the X-Controler.

Ha, yeah well, it’s my first. I’m still waiting for the anxiety attacks to slow down. Thank you though! What’s the X-Controler? I haven’t been watching the site very closely the last few weeks. Is it an Inventables specific TinyG controller?

Here’s a link to the blog post about it:

A Sneak Peek at the X-Controller

And here’s the forum topic:

Sneak Peek at the X-Controller Products

We have been hinting at a new controller based on the TB6600 stepper driver chips over the past few months. We now have a fully functional prototype. Check out the blog post that gives you a sneak peek at it. [image]

Interesting. Other than beefier motor drivers, it’d have the same results as using the Uno and gShield?

Yeah, pretty much. There are more options and more power for a higher watt spindle and even AC controls for shop vac power and coolant power… But yeah, it will work ver similarly to the current Arduino/gShield setup.

Well, I guess we’ll have to see the price tag. Meh.

EDIT: Anyways, thanks for the link to @KyleJacobs’s stuff. That’s honestly enough for me to bite. I just hope I don’t get a defective spindle.

Yes! that’s a DIP package down there. I’ve added details on the PCB on the other thread as that was the first question I had when trying out PCB milling.

Might as well give a full description of the board for reference. The board is 1" x 1.75"

The workflow used is Eagle–>PCB-gcode–>Chilipepper–>Tinyg. I used autoleveling in Chilipepper to probe the board height before milling the traces. Mill speed was 6 in/min. Bit was a 20deg x 0.1mm v-bit (measured to be actually 0.107mm).

That’s fantastic, @KyleJacobs. There’s been some discussion elsewhere about GRBL vs TinyG. How do you feel about these two options, specifically for milling PCBs?

I don’t really have experience with the GRBL/gshield option. My understanding is that GRBL/gshield uses the arduino for the processing and the gshield for the motor drivers, while the Tinyg combines both parts of the process onto one board, with the Tinyg using a slightly better processor.

I chose the Tinyg because it includes a 4th motor driver and constant jerk acceleration profiles, which makes for smoother fast travels. I’m not sure if that would help with PCBs since typically you move slowly.

More critical for PCB milling is that there is no play in the axes. In addition to the issues I had with runout, in my initial upgrade of the z-axis I didn’t tighten the eccentric nuts enough and there was significant rocking in the x-direction, obliterating vertical traces. The fix was simple, tighten the nuts. It also goes without saying that the motor belts should be tight so small motor motions move the gantry.

Regarding noise, a shopvac may be way louder than the spindle.

The stock 24V spindle? Or the real air/water cooled spindles that aren’t for sale yet?

it definitely is louder

I plan on building a sound dampening enclosure for the shop vac next.

back to the regularly scheduled thread…

Come on now guy when I had young kids 30 plus years ago they could sleep though more noise than I could. But if you need to it should not be hard to sound proof your machines.