Y axis is slightly off

I imported a star from the star generator easel app. After the outline is cut on the star, the program sends the bit to each tip of the star to make a small move making the points of the star sharp. As you can see, (if i can upload the image) the tips of the star on the X axis are off. In my opinion, its something with the Y axis that is causing this. I have the xcarve and all axiss square. I have played around adgusting the belts, the wheels and anything else i can think of. Any help with this would be much appreciated. 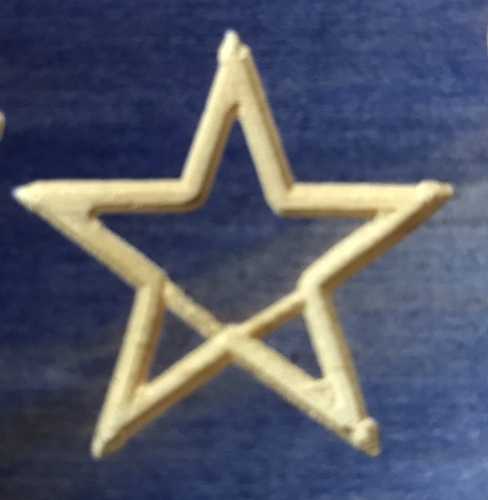 in the picture i still had the top and bottom points of the star off, i was able to get that squared up and fixed. But still the problem witht he two points on the sides