I recently switched my Z-axis from the ACME threaded rod to the M8, because my ACME rod was not spinning true. After I switched to the M8 rod, I set up my machine through Easel and when I go to test my wiring the Z-Axis has an odd behavior. The threaded rod moves, but in a “move-slight stop-move” type of pattern. There is no slack in the belt and there was no problems with the motor using the ACME rod.

However, I did discover turning the M8 rod by hand was very difficult. It seemed to be encountering some type of resistance. Is this normal behavior? Should I turn up motor current to achieve higher torque?

If this is just toward the top-of-travel, I have seen it. May be an alignment issue with the threaded nut/block.

It happens in both directions, but seems to be worse traveling towards the top. What did you do to solve the problem?

I’m affraid to ask. Didi you use Delrin nut you were using for Acme?

Good question haha, but no I am using an appropriately threaded M8 Delrin nut.

I turned up the Z-axis current pot a bit on the grbl board. There is still some stalling near the top, but I never go that high. Inventables also sent me a new nut and threaded rod which I will swap out when needed.

Sorry man, I had to ask. Ya, listen TonyNo, if you have already put your M8 screw to drill and make that nut easy to turn. That is another option I can think of.

My M8 was very stiff especially towards the top when new. I just took it out and ran the delrin nut up and down it like 50 times using an electric drill.

Reinstalled it was a lot better, but still caught a bit near the top so ran a good job from Chillier to run the Z axis all the way down and back up again lots of times that sorted it out. Now super smooth.

When I did my assembly I noticed that the spacing was off between the threaded rod and where the back of the z-carriage positions the delrin nut. As the nut traveled up the rod this would cause it to bind at a certain height. To remedy this I added some spacing washers to the V wheels on the z-carriage. After this change, I have no more binding at all any more. The friction on the rod itself does still seem to be somewhat uneven, but it doesn’t appear to be an issue during use. After adding the washers I didn’t have to to turn my current up and I can now easily home the machine at a much more reasonable current limit.

No, just the 4 that hold the carriage that has the delrin nut attached. I can’t remember if it took 1 or two washers per v-wheel and I’m not at home to take a look.

The way I figured it out was by unscrewing the delrin nut from the carriage, then running it and the carriage to the top of the threaded rod. What you’ll see is that the carriage needs to be moved away from the rod a bit in order for the delrin nut to fit correctly. I added the washers until the delrin nut fit behind the carriage and the issues were gone. I’m not sure whether I had this problem because I was upgrading from a shapeoko 2 or whether this is a situation that would affect people that bought an x-carve from scratch as well, but it’s worth checking into.

Stop by Home Depot and pick up a spray can of Dry Lubricant with PTFE. That stuff is perfect, I have been using it since I got my machine working without any issues. It really helps keep the Z axis moving smoothly. 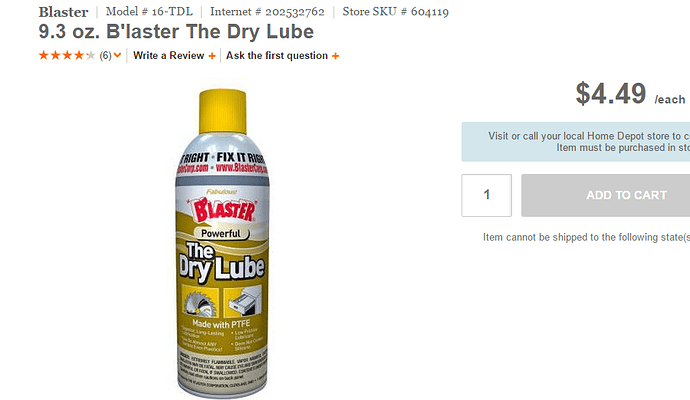 Going back to this, have we determined the actual issue? Which parts are off? V-wheel stand-offs, the Delrin block, or something else?

Sorry I just noticed this now. I can’t speak for anyone else, but in my case adding the washers fixed the issue. Basically the V wheels were not at the correct spacing from the rail to the carriage without the extra washers. If I remember right, how I identified the problem was as follows:

In order to fix it, you need to get the carriage farther forward so that the delrin nut can fit behind it even at the top of the rod.

Sorry for not responding sooner. The major problem was the ACME threaded rod having too much play around the flange bearing. In my opinion, the lock nut and pulley assembly was very difficult to tighten effectively. When I switched to the M8 threaded rod the problem was completely alleviated.