yes…loctite the others…I think I bought them from Amazon…the screws may be in the big box store.

If it’s a nylock nut, loctite shouldn’t need to be used is what I thought. The nylon part acts just like loctite I believe.

I replaced my set screws with M3 x 8mm patch screws from McMaster-Carr and they were a tad long and were hitting the bearing retaining screws. I changed the bearing screws to be shorter (6mm instead of 8mm) so they don’t interfere.

McMaster is a good online source and, for me, is 1 day ground shipping because they ship from Atlanta for me.

@JustinBusby - Yes, no loctite needed on nylock nuts…and they should not have come loose either

I just tried to find the exact size on the installation instructions and even the CAD explode view and can not find size. M3 but what length … Does your 10mm socket head get in the way, those seem rather long to me.

My z-Axis is no longer standard, so they might be too long for yours. I don’t remember when I swapped out the set screws…

This was what I had changed to at first…

Also make sure your end mill is secured well particularly if you are using an up-cut spiral bit. This type of bit will try to ‘pull’ itself out of the collet/grip and result in a varied cutting depth shown in the Friend cut photo. The cutting depth increases as the bit slips through.

I tried everything.
I completely disbanded and rebuilt the mechanism

Testing the time when the z axis will be shifted to 5 mm it will move 5 mm. But the final result of the work is 5.4 mm

Did you solve the problem?

YES … it was a loose set screw… I went got a different one like AngusMcleod suggested in the above pic.

I also used Blue Loctite to secure it… 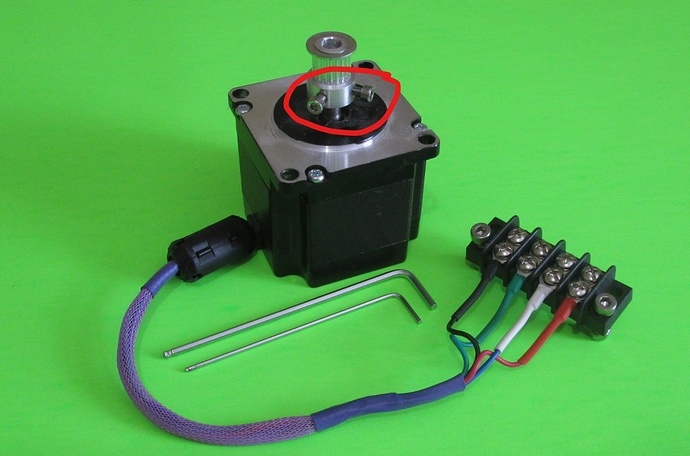 Do you replace it?
And the problem was solved?

Of course I’ve gotten these little screws … but the engine ax has a cut where sits screws … how to move around Pulley? 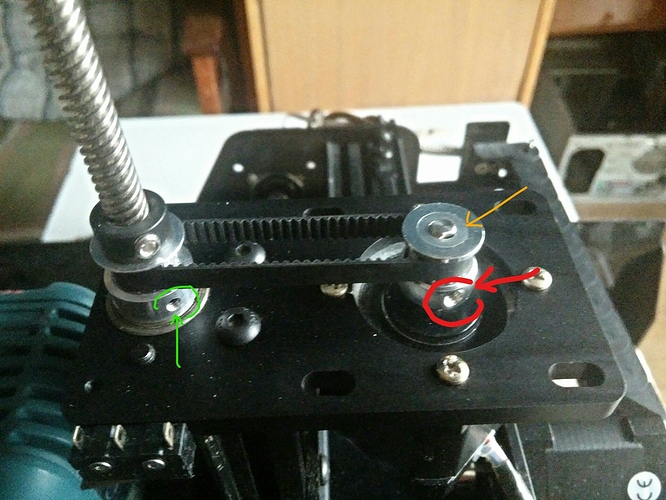 how to move around Pulley?

If the set screw have sligthly loosed or is worn the shaft can rotate a few degress off in each direction. To ensure proper connection take the pulley off and add blue Loktite or similar thread locker compound to the shaft AND set screws. Replacing the set screws with longer / larger head ones is also worth considering.

Hmmm. What’s wrong with this picture?

I have the same problem as BrianScheibach…

Why is your acme screw sticking way up, out of your Z-axis?

Why is your acme screw sticking way up, out of your Z-axis?

I’m sorry, I can not understand you? 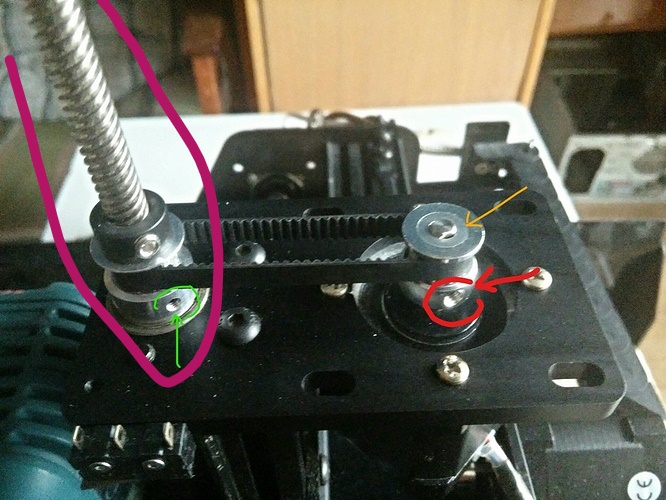 That is not supposed to stick way up in the air like that. 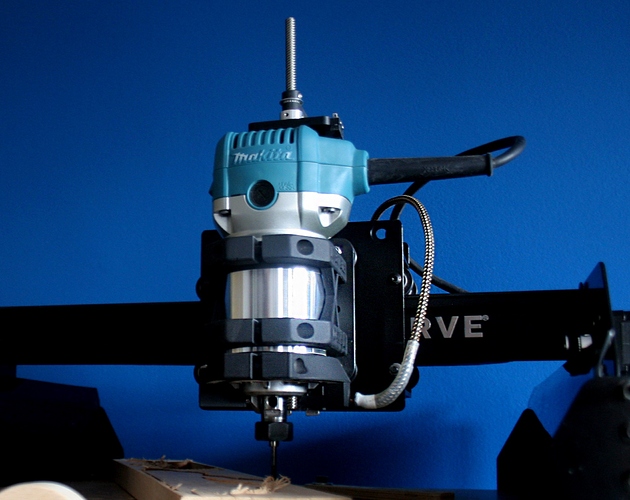 Is that the old M8 screw?