My X-Carve build is progressing well.
The mechanical build is done and it’s on the the wiring. Steppers are all finished, tonight’s job is the home switches. Once the cable chain gets installed, that’s it until I cut the spoil board.
A note on the stepper wiring. The steppers I have came with 4 metres wires so rather than cut them and install the barrier terminal strips, I twisted the wires and ran them through an expanding plastic sleeve. If there are interference problems, I can always install the terminal strips.
Z-axis on mine is a little different to the standard Inventables build as it has a second bearing at the bottom of the ACME rod.
It will be driven by a Gecko G540 for which I need to build a power supply/case. I’ll run it from Linuxcnc (or Mach 3) but I’ll build an interface board so I can use the gecko with an Arduino, just to see what Easel is like 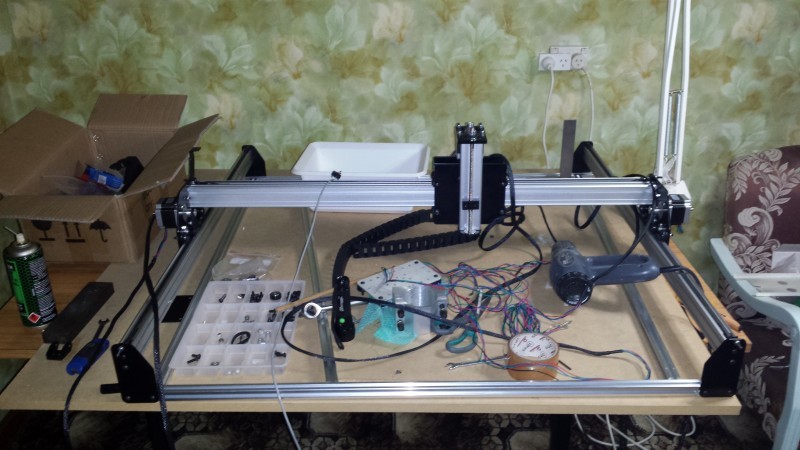 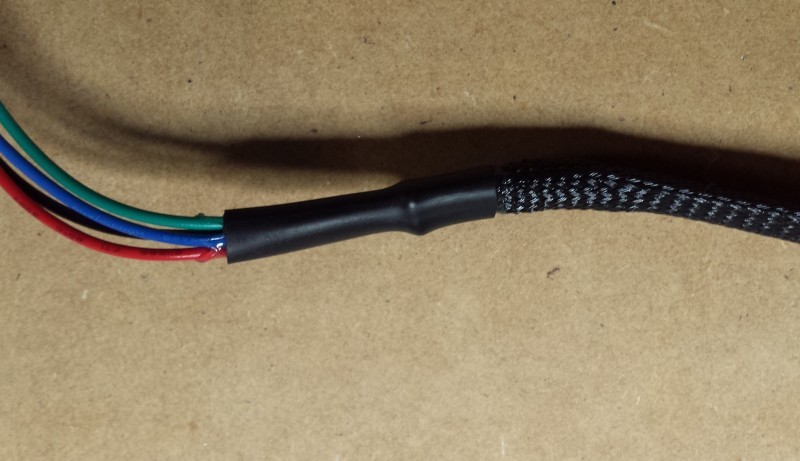 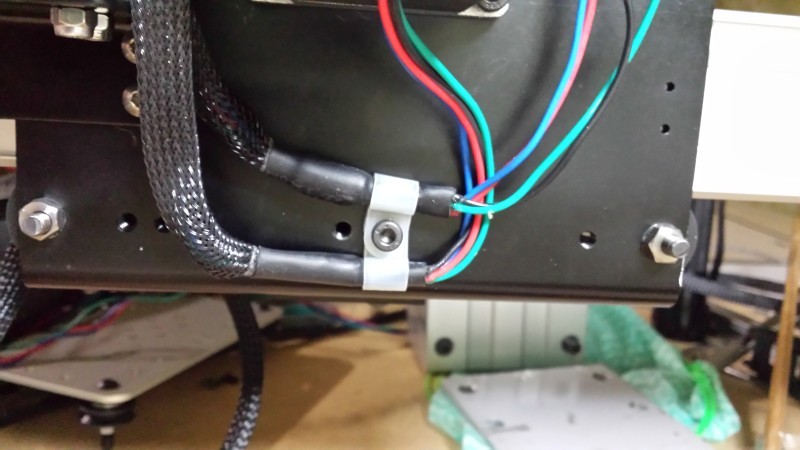 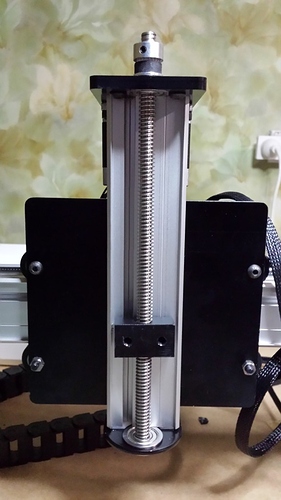 I can’t comment on what @GeoffSteer used, but I have bought heat shrink in the past that had a melt layer. The purpose of the melt layer is to had water proofing, it came in really handy when I was installing my Christmas light on the exterior of my house!

That does sound like a good work around. I don’t know how important having that melt layer is if the wire are indoors though.

The heatshrink is provided with a hot glue layer inside. The ends of the expanded PPS sleeve tend to fray and the glue is great to hold them all together. That particular heatshrink has a 4:1 reduction when heated, much more than the normal 2:1 heatshrink.

A day in the workshop. A sheet of 9mm MDF cut in half for the torsion box top. While I had the track saw out, I cut a sheet of 18mm MDF in half to make the X-Carve spoil board.

Lifting a sheet of 18mm MDF up on to the bench is not a job you should do BY yourself! 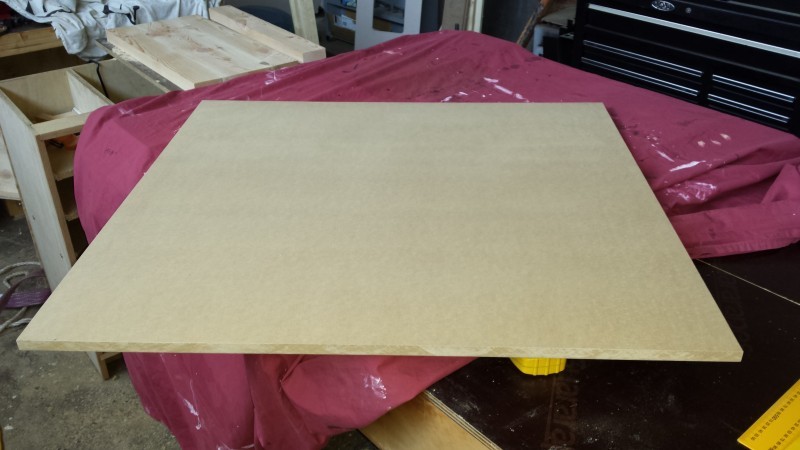 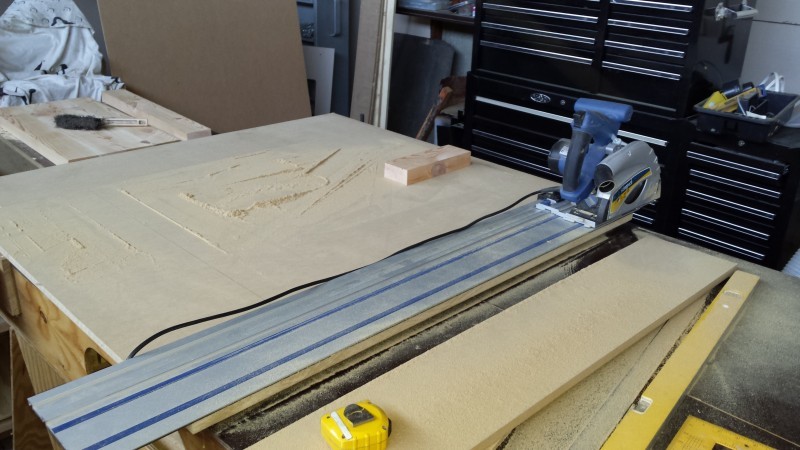 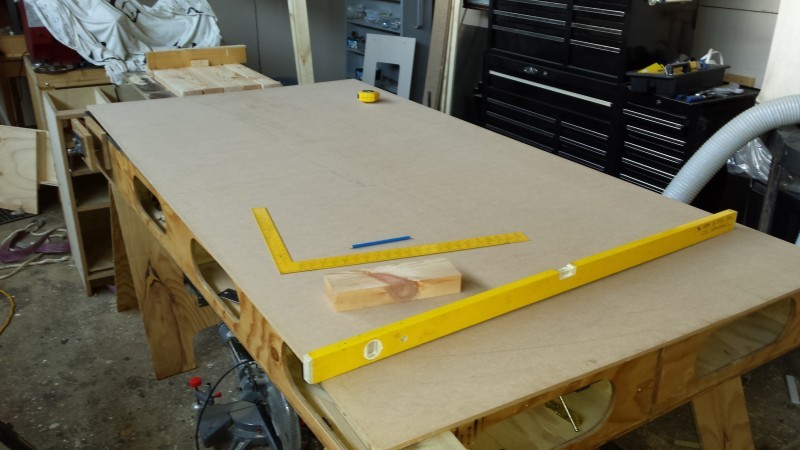 A Festool TS-55 is WAY out of my price range ($A1300). I make do with a cheapy from Scheppach. As long as you’re carefull with the measurement and set up, it does the job.
I’ll spend some time on the tablesaw later to cut the internal parts for the torsion box top. Top and bottom layers will be 9mm MDF, the sides and internal dividers will be 18mm MDF
. Currently watching the yachts having a regatta just in front of my place.
My view.

That’s about it for the build for a few days. I’ve run out of the expanding sleeve to cover the stepper wires and the nearest supply is 60kms away - if I didn’t buy all their stock last week.
Soldered and fitted the homing switches but I’ll have to remove the Makerslide to insert some captive nuts for the end stop actuators. I didn’t buy a limit switch kit so don’t have the post insertion nuts.
Switches are wired N/O instead of N/C. 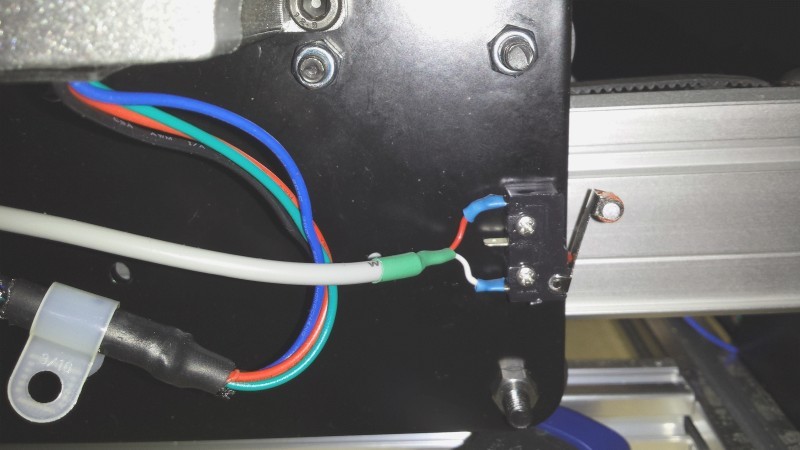 Nice view! I’m thinking I’m going to be building a new table for my X-Carve in the near future complete with torsion box top. My current set up was a bit rushed amidst the excitement!

Switches are wired N/O instead of N/C.

I’d maybe double check that that is wired NO. Unless you have some funky switches, that looks NC. The default set up Inventables lays out is NO switches, which I’m not a big fan of since I crushed a switch due to my connection at the G-Shield coming loose!

That being said NC switch, I feel, would be the best choice in terms of safe guards. We discussed shielding HERE as apparently NC switches are more susceptible to noise.

You also have to change some grbl settings to make the switches work in the NC configuration. Sorry if you already know all this, I’m still sorting this all out and find it helps my understanding the more a talk about it! Good luck with the rest of your build!

I don’t think so. Normally Open switches are a floating logic input with a weak pull-up to +5volts internal to the Arduino. It’s like having an antenna hanging out there.

Normally closed switches are a dead short to ground. To get a false positive something has to raise ground somewhere around 1 to 1.5 volts to cause a false positive. This can happen, but it’s not as likely as the problem with Normally Open switches.

You’re right, I meant to say wired N/C and NOT N/O as per the x-carve instructions. I’ll be using Mach3 or Linuxcnc which I have set up for my 6040 router fo N/C switches.
I’ll probably give Easel a try so I’ll need o make changes to grbl and install some pull up resistors (probably)

There were a few minor parts I neglected to order so there’s a delay in getting those sorted. There’s also the basic stuff like wires, terminals, sleeving etc. that I can only get from one source locally and they’re 60kms away.All of this slows down the build but does leave me time to do other stuff like building a table, cleaning out a shed to put it all in, etc.
It’s that time of the year when I need to get the garden sorted for summer so X-Carve building is definitely a night time activity.

Work progresses on the torsion box bench top. It’s a lot of sawing! I should be able to glue it up tomorrow. With 9mm MDF skins and 18mm MDF ribs, it’s going to be a strong bench top!

What isn’t shown here is the ankle deep layer of MDF sawdust on the floor. My dust extractor needs an upgrade.
. 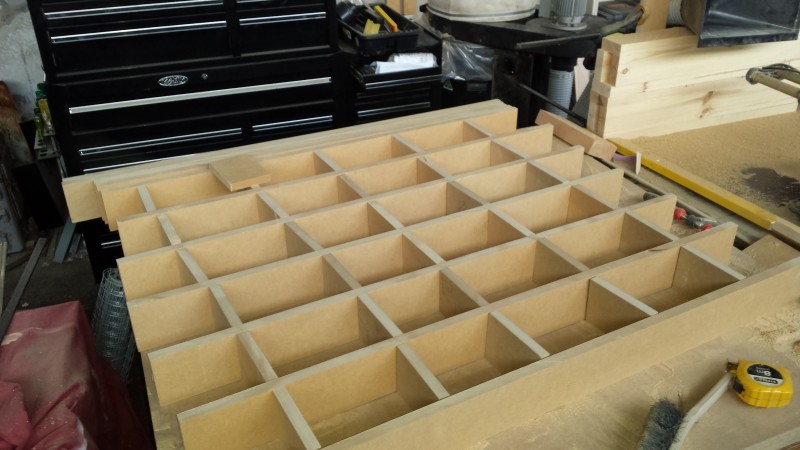 That sounds reasonable. I’m just repeating all the stuff I read up on, there had also been mention of a pull-down resistor, and I think I say some one make sort of a noise isolator.

I’ll probably still go ahead and put some shielding on my switches just for good measure.

Nice! Ya I got my X-Carve right when I start building my MEGA deck in my yard, so I get the night time builds.

At least you’re taking your time, I’m pretty sure a full re-wire and bench re-build is in my future due the the fact I just hammered through my builds. I’m pretty sure I’m going to go for the torsion top and I’m definitely going to sleeve all my wiring and just try and make everything more tidy in general.

You should be ok just to shield your homing/limit switch wires. If you’re going to take it apart anyway I would use shielded wire for the spindle if you use a DC spindle. If you’re using an AC router you don’t need to go to that trouble.

@AngusMcleod I couldn’t find any information about torsion box calculations with regard to skin thickness, spacing, etc.
Your typical internal door is a torsion box and it’s typically 40mm thick with 3mm ply skins. In fact if doors were available wider than 810mm, I would have bought one and cut it in half.
I went with 9mm skins mainly due to weight concerns, the 18mm dividers were a cost saving measure, I already had the 18mm MDF whereas a sheet of 12mm would have been an extra $25 that I could better spend on bits for the router.

First cable chain fitted, second one goes on tonight and that’s the mechanical build finished - bar the spoil board and the spindle mount. I’ll need to do a bit of machining to make the mount - once I get the sawdust cleaned up in the shed. 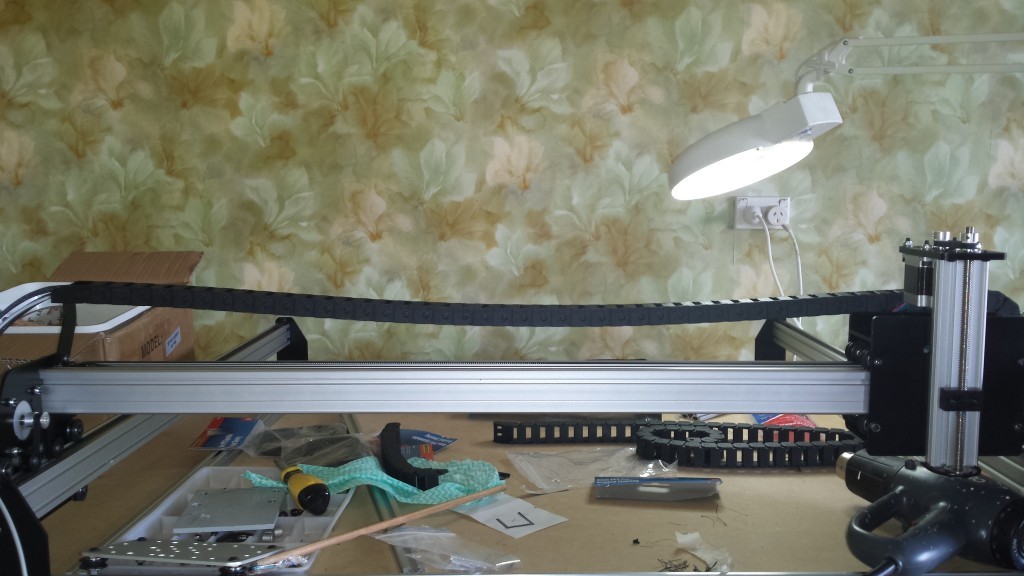 I can’t confirm the size right now, but there’s definitely a bit of sag in my cable chain. I don’t think it’s a problem though.

The only issue I see is that the cable chain rubs on the top of the stepper motor. Perhaps I could machine up some risers for each end of the chain and move it up 10-15mm. I’ll wait to see how much it annoys me.