A project for Valentine's Day

Hi, I just shared a project for Valentine’s Day. Mine was made with both a cnc router and a 3D printer. However, I am including an extra SVG of the heart “inlay” so you could just cut it out of a complimentary piece of wood. Enjoy! 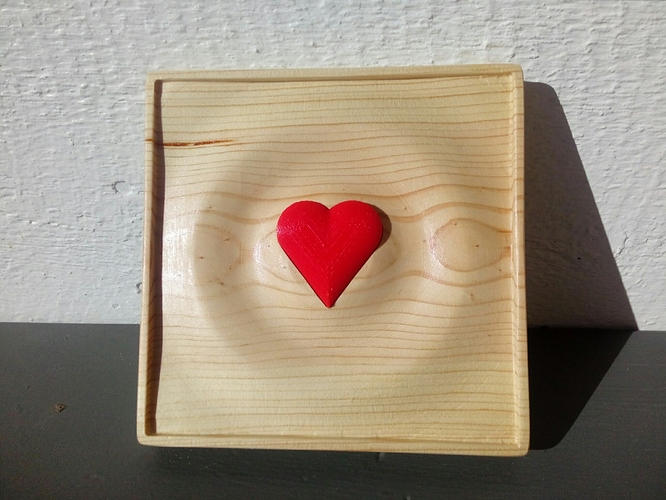 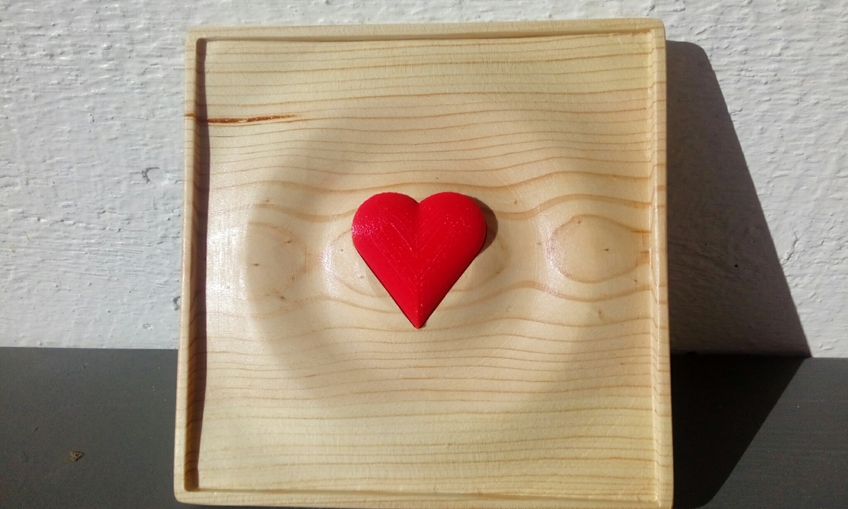 Model was partially designed and finalized in Tinkercad, saved as STL and then sliced in CURA and saved that gcode. I used my gCodeToSVG script to make stepped grayscale SVG http://cuttingedgedata.com/gCodeToSVG/gCodeToSVG.html Imported SVG to Easel...

Details:
The design of the wave was created parametrically by a perl (remember Perl?) script that generates OBJ files. The OBJ was cleaned in Lightwave. Then the wave OBJ was imported into Tinkercad. I made the heart shape in Tinkercad, then “subtracted” the heart shape from the center of the wave. I exported the heart as an STL for printing and as an SVG for those without a printer. The wave was also exported as STL. That STL was opened in CURA for slicing into layer. I played with the Z height of the wave until I had about 30 layers, then saved the gcode. I then converted the sliced gcode into a stepped grayscale SVG image using gCodeToSVG:
http://cuttingedgedata.com/gCodeToSVG/gCodeToSVG.html

I knew I didn’t want the image to go “all the way through” the wood, so I set the grayest gray of the SVG to 50% using the setting of 127 (this sets the shade to 127,127,127). I set the lightest shade of gray to almost white or about 250. This created the stepped grayscale SVG that I uploaded with the project.