I spend a lot of time drawing precisely my projects in Adoobie Illustrator CC - export them out as default svg, but when import into Easel they are reduced scale - not good - so as a work around i drawing a simple 1mm bounding box around my design in illustrator which will will give me exact dimensions of the bounding box - then when i import it in to Easel i have to select all objects that were imported and enter in the correct dimensions of the bounding box height/width that then corrects the scale of all the objects within the outer bound box, which then gets deleted after rescaling - kinda of a hassle!! so is there some setting in illustrator needs to be set on export?? Whats a solution?

Make sure that Easel and Illustrator are using the same units. This is a common issue when one application is setup for inches and the other for millimeters.

great Thank you - will give it a try - knew it was operator error lol!!

One is likely in inches and the other in mm.

Is there any update to this issue?

Let’s try to be kind to one another. There are plenty of other forums on the net for verbal sparring.

Hi Everyone…this is something we can look into. Does anyone know if Illustrator, Corel Draw, and Inkscape use the same units?

We are looking at other formats including DXF in the future but we aren’t there yet.

These are the options for illustrator. Corel has similar options. I’m not familiar with Inkscape. 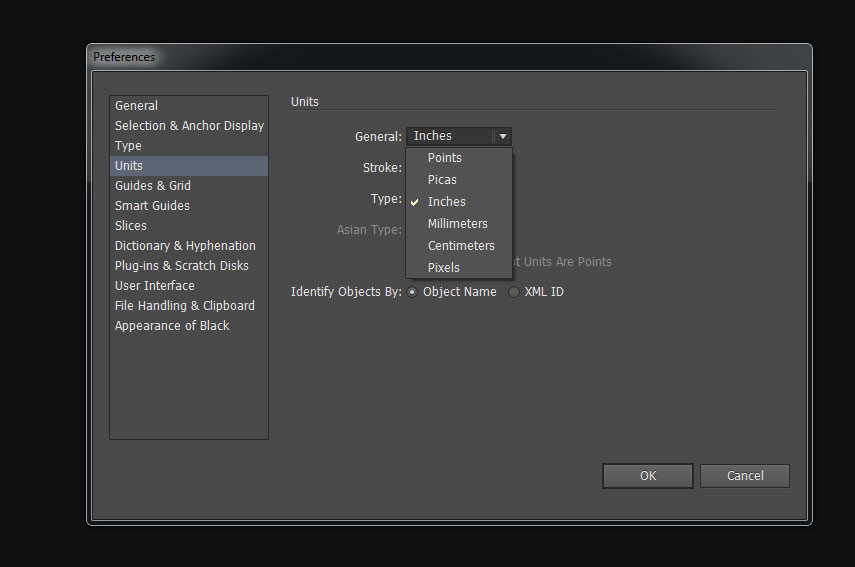 There’s been a bit of discussion on this in the Inkscape mailing list — the problem is an app can specify a different number of pixel units when it makes an SVG file, and there are a couple of different ways apps specify it, so it can be difficult to determine the correct scale, esp. if there’s an SVG artboard/window involved, and AI doesn’t bother to specify this.

For example, here’s a 1" square from Illustrator:

as @BobJewell pointed out, AI uses 72 pixels per inch for SVGs (and changing units in AI doesn’t change the file which is saved)

When exporting, uncheck the “Responsive” box. That will keep the scaling.