Aghhhh what have I broke

Hi I’m after some of you fine people’s advice. Today I changed my spindle from the 300w to the matika but as I was removing the spindle wires I must of touched another connection as the x carriage moved and now I’m easle won’t see my machine and ugcs just says it isn’t finished booting up. The device manager still see’s the arduino as comm 3 but easel and ugcs do nothing. I took the fan off the controller there’s a blue light at the top that is on but there is no noise coming from the machine like it is powered up. The carriages move freely so I don’t think there’s any power getting to them. So have I fried the gshield, the arduino or can I press the reset buttons on them and they might work im stuck and don’t know what else to check or parts to order.
Thanks in advance for your help
Cheers martin

If you have a voltmeter measure the output of the 24 volt supply to make sure it’s still supplying 24 volts.

Then I would (with power off and USB cable disconnected) remove the gShield from the Arduino and plug the USB cable back into the Arduino. For this test you don’t need the 24 volt power supply turned on.

See if you can talk to Grbl with UGS.

Thanks I’ll try in the morning when I finish work. Is it worth me picking up a spare arduino on the way home as I live 90 miles away from where I work and there is one in maplins in the town I work.
Cheers

If it were me and I lived that far out, I’d get a spare. If it turns out your original is Ok, then you’ve got a spare.

You could search on how to “reflash” your Arduino. That has worked for me in the past. But I have also fried many, many Arduinos. But I use them in lots of projects so usually have extras on hand. The clones work very well: 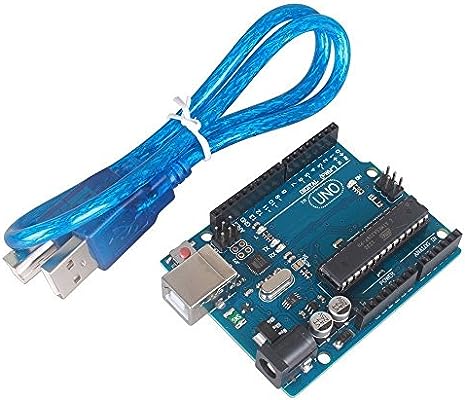 $8. Get two and experiment with you extra. It will be equally addicting!

I’ll give that a go as well I’m in the uk (well the back end of beyond Aberystwyth Wales) so getting parts for anything more technical than a shovel is hard. So I have to get everything thing when I’m at work in England ( but we’re only slightly more advanced). So most of the parts I have to order online. Plus with it so close to xmas I’ve got presents to make I don’t think I could have done it at a worse time.

I had the same issue. The arduino got fried. Get a new one and re flash it

Yeah sorry I haven’t got back on this it was the arduino and when I finally figured out how to reflash it (many thanks to the good people in this forum) all is good with the world again.