Alternatives to a square drill?

This week I decided to make the jump by ordering an X-Carve and getting myself familiar with Fusion 360 which is looking good as far as training goes without the hardware to test at hand.

Coming from a Hobbyist 3D Modeler Background there’s a slight rethinking necessary as reality has different demands than what I’m currently planning.

The biggest issue, I assume, being the nature of the Cutting Tools being round and thus not capable of producing perfectly square inside corners which brings me to the question of how to deal with this particular issue. 2560×1560
On the above example I have 4 inside corners:
The first one being the desired result for parts to perfectly fit into each other
The second one being the most likely outcome when carving the pieces out
The third and fourth one being the solution currently floating my mind
1 Drill through most of the stock for the parts to fit but leave a small section untouched
2 Manually file the remaining section into a perfect square corner using a file

What’s the general publics opinion to this approach?
Are there better ways to deal with this?

Took me an image search to realize the meaning behind the dogbone reference - Is that an official term for this kind of thing? =)

If no other suggestions will be named I’ll most likely go with my 4th example as it will provide the best solution to my problem without asking for too much extra work once the piece leaves the Machine.

Ok, I’ve got the target painted on my chest. Fire away.

My initial thought when I read this thread is that most workshops have more than one tool and each tool has its advantages, disadvantages, and function(s) that it does best.

Several come to mind that would be better than the X-carve for this task.

That said, there are certainly times that a design has unavoidable tight inside corners. I would go with Angus’s suggestions also.

Personally, I have based my designs around the curves of the endmill. I enjoy the challenge and haven ended up with some “outside the box” results by thinking “inside the box”.

Here’s a design I’ve been working on. the curves you see on the edges would be done after assembly. 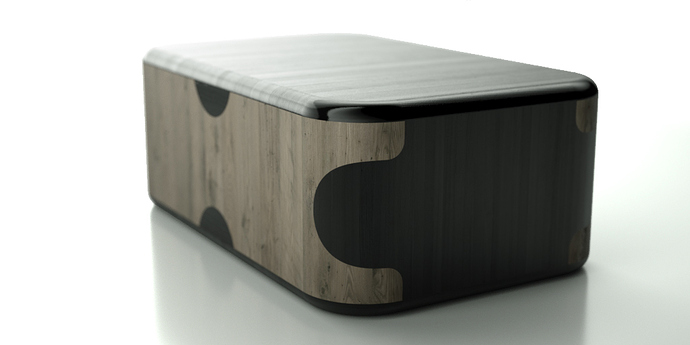 A few years ago I did another design similar to this one. If I find photos, I’ll throw them up. both of these are single pass cuts (no flipping the work piece). That is another constraint I give myself in order to develop a more production ready design.

That is an amazing design, What are the dimension of the box? I am trying to think how you could cut this in one pass without repositioning the wood, and so far I have not figured it out.

to clarify, it will be cut with 2 bits (could use one but… that would take forever) and only 1 side.

the endmills used will be a flat for the roughing and clearing. A ballnose will be used to cut the curved interior (possibly a bullnose.

keep in mind, the outside edges you see will be done by hand on a router and sander.

I’m still refining the design. There is a lot of back and forth involved to keep it in the realm of possibility. The battle occurs when trying to mill a curve on one side but then finding that the opposite joining side will not work with the radius.

Here’s a simpler example of making use of the capabilities. It’s a box I made for my mother and mother in law for mothers day. I cut it out of halved 2x4. the slight bend that the grain gives worked out great to lock the box when closed. 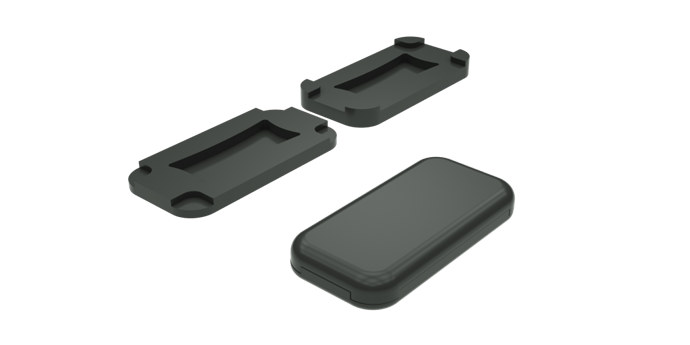 Heh… I guess this is actually an active Forum =)

One of the Projects I’m considering, and afflicted by this issue, is the armor/hull of a fictional 1:16 Scale E-100 ‘Krokodil’ which I plan to build with scale armor plating reaching up to 15mm in thickness.
That being said I somehow imagine it being a pain in the ■■■ to file down this much even with Polystyrol being used as the material hence my quest in letting the machine do most of the work.

Looks like I wasn’t so far off with the idea of a dogbone design on the inside leaving some material on the outside to be filed square and to preserve the look.

Thanks for the input =)

I would think you could achieve that with a flat and ball nose endmills… either double sided or split the model in half. (bottom and top). no need for dogbones or anything.