Good luck on your build! I definitely wish I would have taken a little more time in assembling mine, patience is key!

Just an FYI for others that are about to assemble there machines. The holes in Maker slide are 4.2mm diameter. This is the standard hole size for a 5m .8 metric tap cutting 76% threads.
The screws that you receive with your machines for the ends of the maker slide are “Thread forming” Not self tapping. The hole required for these screws to form a 75% thread is 4.61mm. For a 100% formed thread you need a hole at 4.48mm
As you can see from this the holes in the maker slide are under size for thread forming screws. this is why people are having such a hard time getting these screw into the holes.

I think that Inventables would be ahead of the game by replacing the thread forming screws with 5m .8 button head screws like the rest of the machine in assembled with and providing a carbon steel 5m .8 spiral point tap with the screws and change the instructions to reflect the correct way to tap the holes.

Angus I am glad you decided to tap your holes rather than use the thread forming screw that I have seen others have the screws break and have to get new Maker slides.

inventables does include a drill bit for chasing those holes before running the screws in. I did not know about this until I was done.

Mine came with the drill bit (which was unnecessary, I hope) and a tap and tap handle.

Mine shipped in late June, so I’ve had a few months to tweak it and get it to the point where I can count on it. Now it’s time for me to put the 611 in, which will cause me to make more tweaks…

That leads me to think they went the wrong direction.

I don’t know if I requested the tap or not, I may have chosen it when I ordered in the first place.

Glad to see you have started your assembly, Angus.

I also tapped mine worked great and made it easier to assemble
.

I’m glad I tapped my makeslide as I now have to take the whole thing apart to add captive nuts for the limit switch stops.

You didn’t have to take whole thing apart. Those insert nuts slides into Makerslide as shown on following instruction.

Now is a good time to add the “actuators” for the limit switches. Start with the X-Axis limit switch actuator. Push the post assembly insertion nut into the rear piece of X-Axis Makerslide. Screw the M5 screw into the insertion nut. Adjust the placement of the insertion nut by loosening the screw and sliding it left and right. When the actuator is in the right place you’ll be able to activate the switch (you’ll hear a gentle click) without the X Carriage contacting the smooth idlers on the left Y-Plate. 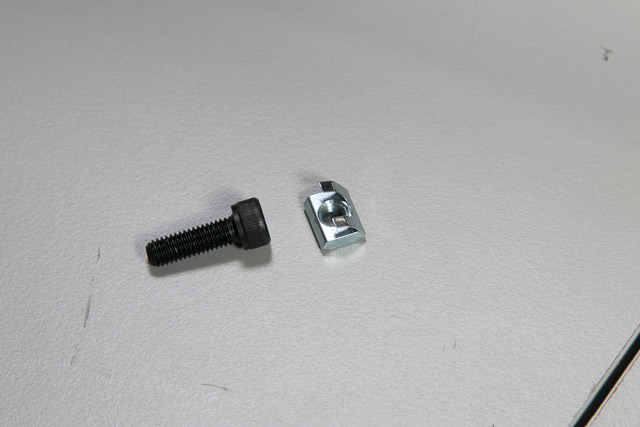 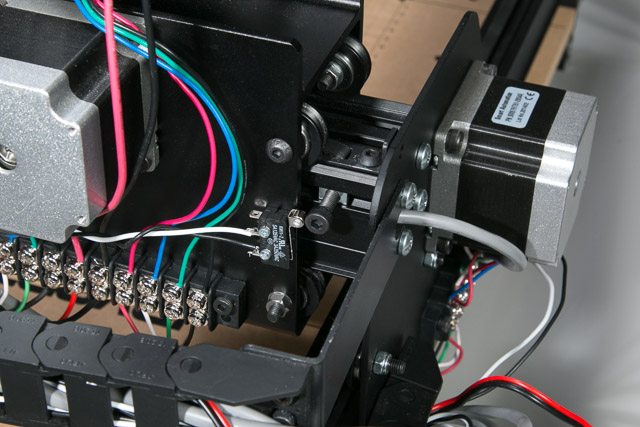 Another miss understanding about those self tapping screws. Name tells “Self Tapping”. Those screws have different type of threads, won’t hold if tapped hole has loose thread. I saw Mr. Mcleod saying that #1 tap. That is good idea to give screw a little chance to open housing for itself. Not using #2 is very good idea. It will be getting loose after while otherwise. I used Power Drill and go back an fort couple of times with WD40, didn’t have hard time. You’ll straggle with shaky Y axis when they’re not tight enough. I wish I can permanent those maker slides to side plates some how. My 2c.

I didn’t get my X-Carve as a complete kit, I just ordered the bits I didn’t have but neglected to order any of the post assembly nuts.

I thought Homing switch kits comes with the base machine order. Sorry for the confusion.

We are working on having them pre-tapped. We haven’t been able to roll that improvement out yet because we are working through some manufacturing issues with the tooling. I think we will get to a point where they can consistently make the part but in the meantime the user is required to either use the thread forming screws provided or tap them with a traditional tap.

Good to hear you guys are constantly working to make this machine better! Keep it up!

Good to hear you are working on the problem. You may want to go back to 5m button head screws and a low cost 5m tap. It appears that you had taps in the program back in June but that changed along the line and now you are providing 5m thread forming screws with a tork driver.

I can understand having tooling problems. You have to get the MS taped as fast as possible to make it cost effective. This could mean building a tapper that will tap both holes in the end of a piece of MS at the same time.

I might run the Delrin nut up and down the ACME screw chucked in the drill a few times anyway. Some have had it bind only at the top or only at a certain spot on the screw. So, easier to do it now, and better being safe than sorry.

Also, as part of the tool roll, there is a zipper pocket that you can put papers in like instructions or other items that will slide all the way in I believe.

Just to verify for you, you are correct on the ACME leadscrew specs - 3/8"-12, 1 start. My Delrin nut was also perfect out of the box, although I did douse the leadscrew in silicone lubricant and let it dry before final assembly. That just helps to keep corrosion down (gets very humid here at times) and also helps to keep chips from sticking to it.