Made this WI sign for a former employee of the USDA that wanted something for his cabin. I make the big WI state cutout with my 5x9 mech mate router and the letters I do with the X carve. I still have to fix the letters to the sign but its 95% complete. 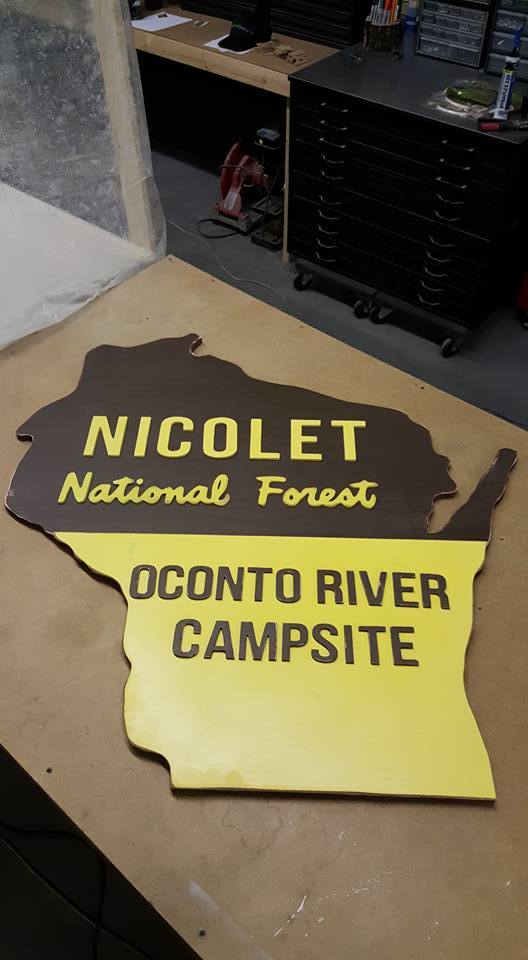 Thank you… Have had a ton of orders on this after posting on FB and other social media.

I found that having a CNC machine is like having a truck. As soon as your friends find out, then you’re moving couches, hauling washing machines, and carving signs.

at least im getting paid.

THat’s nice! And BIG. If a Mechmate is a cnc machine, I will put dowel holes where each letter goes and then carve the letters upside down with matching dowel holes. That way I don’t have to waste time shifting letters around. I used to use two holes, but one makes it easier to position the letter. the letters adhere better as well.

Can you tell me what font is used for “National Forest?”

I’d rather move the letters around after they have been cut to get a better real world feel of how the letter should be laid out. I am not sure what the font name is called I found something on line and then just made a vector from it.

You got skills then. I just don’t seem to have an eye for positioning things manually. It will look right, I will glue it up, come back later and smack myself in the head.

OH, and here is mine I just did for newleyweds. 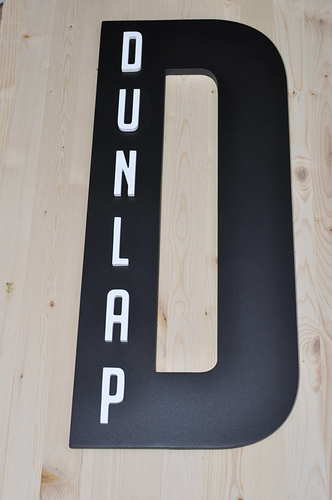