Any reason to adjust potentiometers after X-Carve upgrade?

Curious as a couple carves have gone off path. I’m not pushing the machine beyond any reasonable settings. Do the newer motors need any potentiometer adjustments?

i don’t have any idea.

Based on the PN of both the stock and the upgraded stepper in the assembly guide both use “-28-” in their labeling. The stock one was 2.8Amps. It would appear that both are 2.8 amps and that the new one might be a custom part as there is no data for it on the Automation Technology website… likely it was custom designed for the purpose of eliminating the need to tune the pot 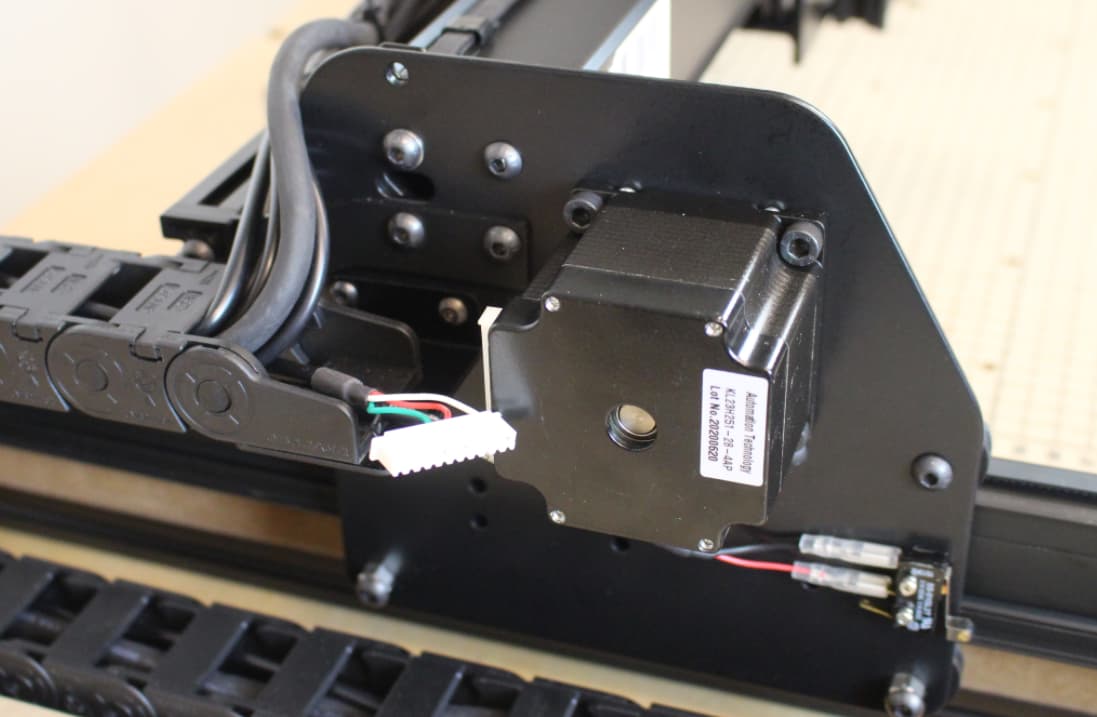 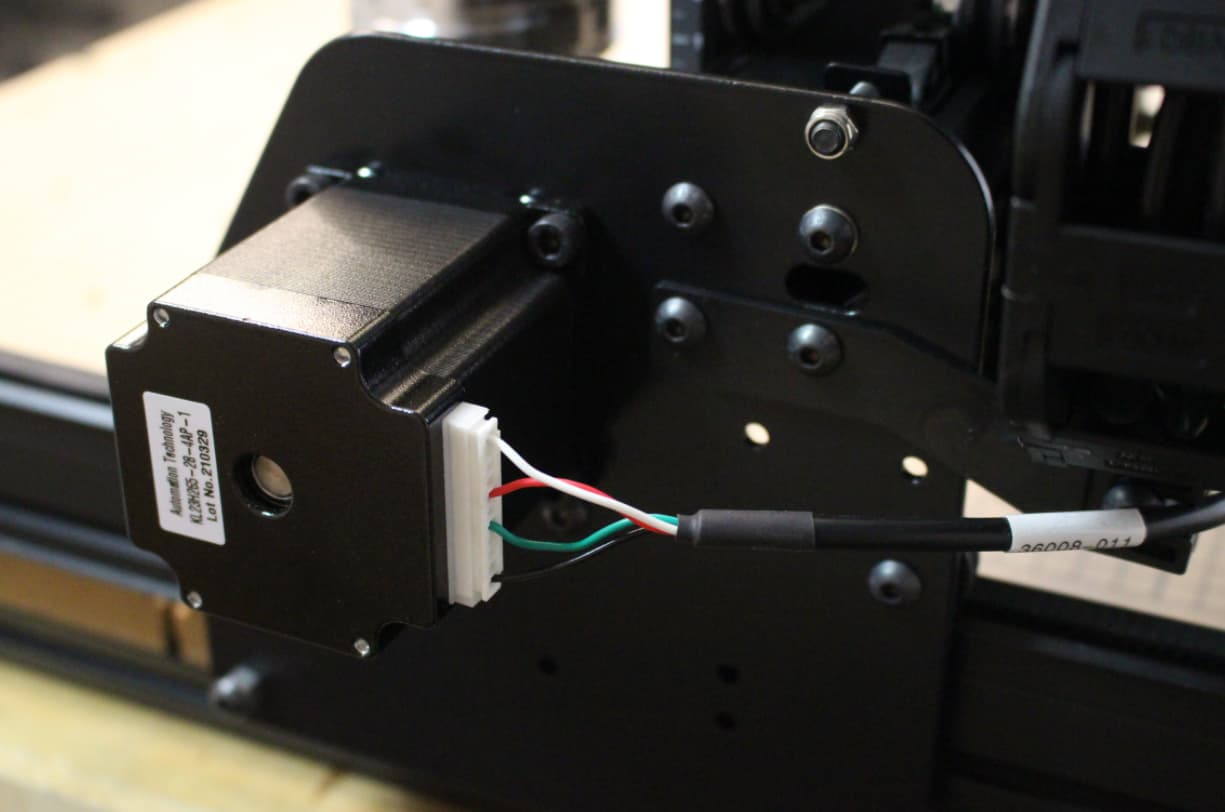 EDIT: After further review of all of the stepper on the AT website about 85% follow this part number ID of that dash number being the current. there are a few outliers that have a different current rating than the dash number, so I can’t say definitively that the 28 means 2.8A However all of the 28’s listed do indicate 2.8A is the current for those ones.: https://www.automationtechnologiesinc.com/products-page/nema-23

Since I have a 2015 X-Carve that I recently did the full
upgrade in, I adjusted my potentiometers from the 12 o clock position to the 2 o clock position to try and give more power to the motors and still am having missed steps/off path issues.
If anyone has any further advice of why this sudden unreliability of cuts, would be a life saver.

UPDATE: After watching a few hundred passes to try and figure out where the problem is, I spotted this (see pic). All my belts and pulleys are optimal, the material is defect free and my settings are slow… only 41 ipm at .125” deep. Any clue why it would first go to where it needs to cut, then back down a half step? 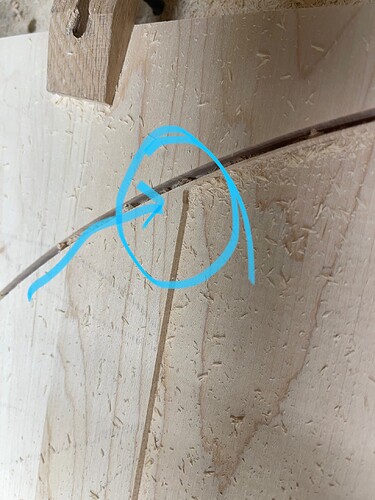 I’m inclined to say the milling direction might have something to do with it, but its hard to say without also seeing the project… if this is easel, can u share the project link?

Any luck with this? I am having the same issue

@SethCNC and @EderMarinez Thanks for responding. Here is the Easel artwork. Appreciate any tips and feedback. 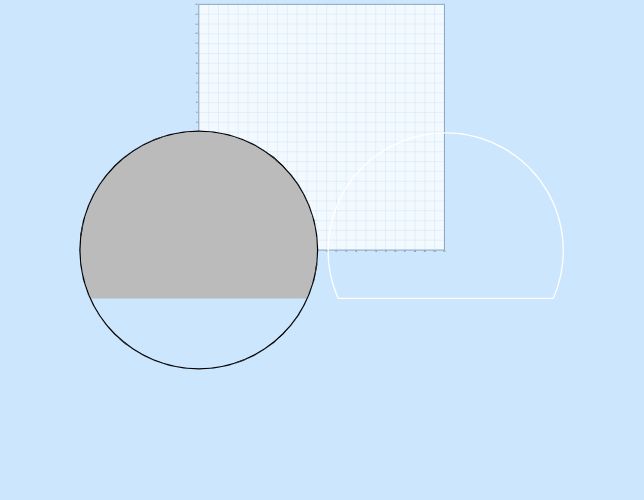 I see that that is where the bit is first entering the material to perform a slot, and the default settings are sort of running as if you’re using offset toolpath. So this initial slot at that depth and feed rate is probably too much,… and then as the cut does the final pass around the pocket (cutting a counterclockwise circle around) this is a climb cut, which actually pushes the bit away from the material… there is more to it, like possible belt stretch, you could source those belts with steel core for even less belt stretch, OR cut the pocket in 2 passes, OR run another pass set to “inside the path” and a slower feed rate and see if that cleans up that pocket…

The initial slot has 100% bit engagement, and from them on it would have less engagement … the 40% (or whatever the stepover is set to)

Seth,
I really appreciate your help. The photo I uploaded is very misleading… I have here marked where the X-Carve is jumping… it’s actually 2/3 up the board doing its raster path. Does this effect your answer? Or any new thoughts?

Does this effect your answer?

a little… because this means that maybe the carve was paused/stopped right as it was doing a cut back like this?? 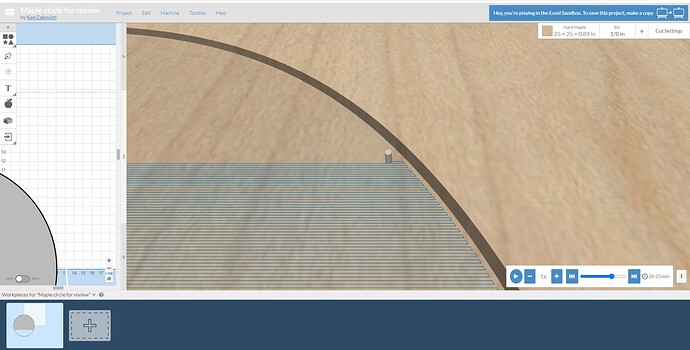 But IF it wasn’t paused here another possibility is that if the cnc is over at the left side during the photo: one possibility is that as the cut changes from left to right (climb milling) and then it moves left to right (conventional milling) the bit pulls itself into the material during conventional milling… this pulling is amplified even more as the Y also pulls it upwards and the bit engages with even more material and pulls the gantry into a bit more material until and stretches the belts… this is why easel runs the default (offset) in climb all of the time, because climb is more forgiving to a less rigid CNC machine… Here’s some info about climb vs conventional cutting to better visualize what this can do to the gantry and the bit under each process… 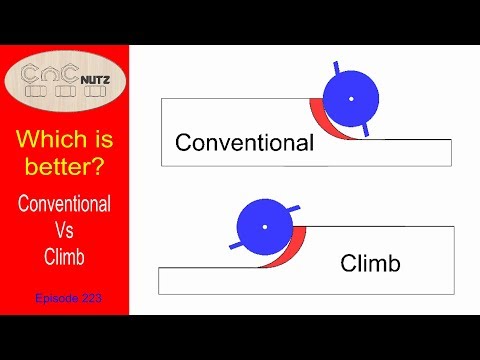 The end result to avoid the issue is still the same, either thinner passes, or smaller stepovers, or make the cnc more rigid and less likely to flex under load (like steel core belts & perfectly tensioned belt and vwheels)

OK… so here’s something interesting and thank you. This is what I found out… after a thorough examination of my belts, the belt on the back left of the gantry was ‘looser’ than the belt on the front left of the gantry. I retightened both sides and put electrical tape to hold them in place (since it would slip with those plastic sliders) as I also significantly tightened the belts to hear more of a ‘twang’ than an audible ‘boing’. I’ve never tightened this much before. I guess this is what owning a more powerful machine is like. I’ve always been afraid of overtightening? Anyway, the other news is that I made it a two pass at .07" instead of one at .125" and was able to get the speed up to 180 ipm, which cut an hour off of my cut time. So insert ‘yay’ moment here. As of now I think I have it under control thanks to all of your input. I have 12 more circles to cut, so I will post if I have further issues. 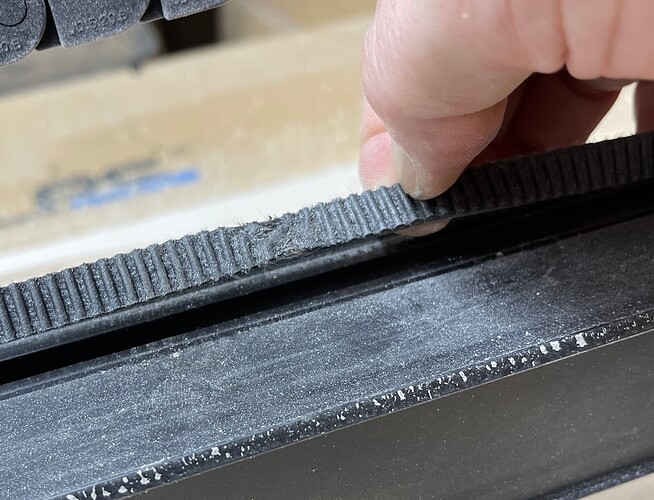 Yeah, that’s not good… also I see some wood bits really grinded into that V track there too, scrubbing that off with a nylon brush will aid in smoother movement as well… those become tiny speed bumps that the wheels have to power over…