Any way to mount a saw blade onto a 300w spindle?

I have an idea for modding my X-Carve to cut guitar fretboard slots. The plan is to mount the 300w spindle horizontal and fit it with a 3" diameter saw blade. I have everything figured out except how to mount the blade onto the spindle’s shaft. I believe the shaft is 5mm Ø. My saw blades fit a 1/2" Ø arbor. Any ideas on where I might find a 1/2" Ø arbor to fit the shaft or any other suggestions on how I can mount the blade?

Hmmm, Interesting and potentially scary at the same time…

I would think the 300w spindle would be awfully low-powered for that… And yeah, that’d be a bit frightening, spinning with no shield. Have you considered using a mill from the other direction?

The same guys that sell the precision collets for the dewalt sell a bit for cutting inlays and fret slots.

This looks a lot safer:

Man, that mill is HAULIN’ for a bit that tiny!

This video was the inspiration for my cnc fret slot saw idea: https://youtu.be/z69Febhy9kw?t=16m37s

Well that’s pretty cool. Looks like he’s using a standard slitting saw, just run sideways off of a gearbox. Rather cool idea, just stay out of line with the blade! I’d probably add a shield of some kind myself, just because.

I’d be tempted to see if I could find an arbor that would fit into a quarter-inch collet, myself. Hold it as close as you possibly can. I don’t really think the spindle has enough punch for it, that’s a VERY long moment arm out at the blade rim… 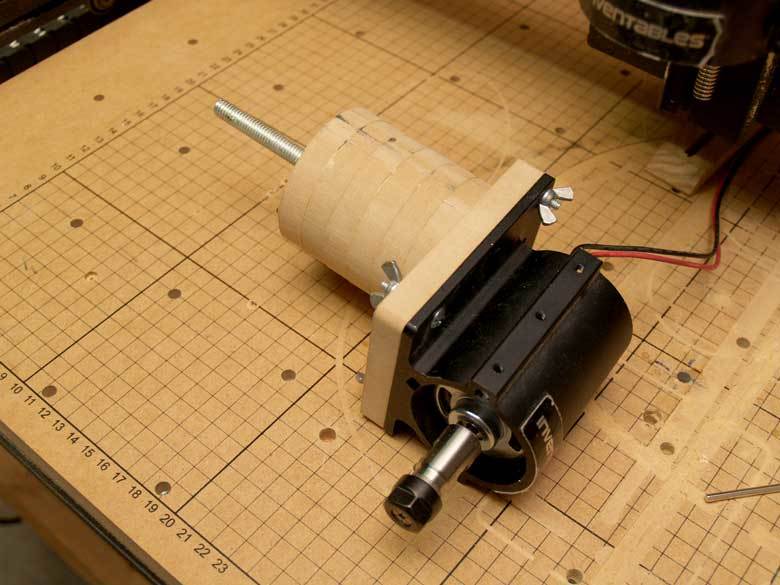 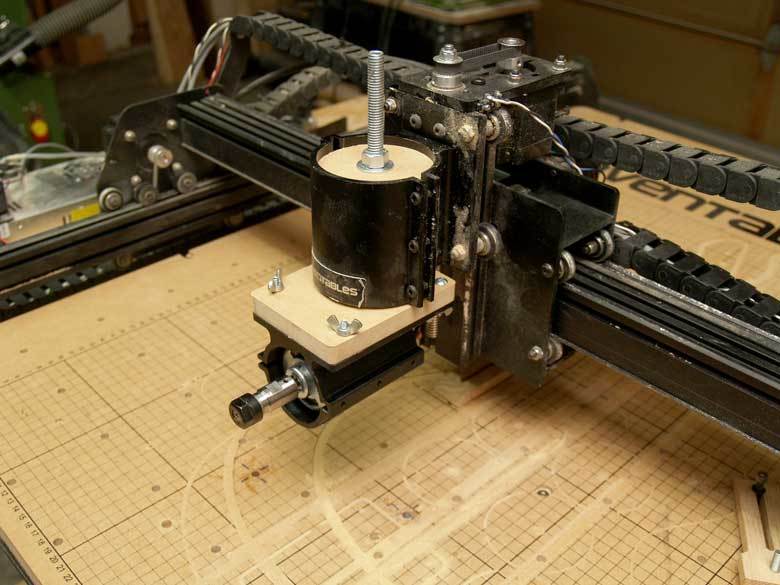 Looks cool to me! Let us know how it works!

Make sure that the spindle/blade is 90 degrees to the axis in which you are cutting. I could see this being slightly off and ending up with messed up cuts.

UPDATE: Well my idea worked. Sort of. The 300w spindle had no problem cutting slots, but the blade isn’t absolutely flat, so instead of cutting a .023" wide slot, it cut a .04" slot. The only way to fix this issue would be to use a 1/4" mandrel with a 1/2" precision threaded arbor, and a pair of precision ground flanges on both sides of the blade to keep it straight. I think that may be more work than I’d like to deal with. In the end, I have decided to go with a .023" diameter end mill since this will allow me to cut blind slots, which can’t be done with a blade. 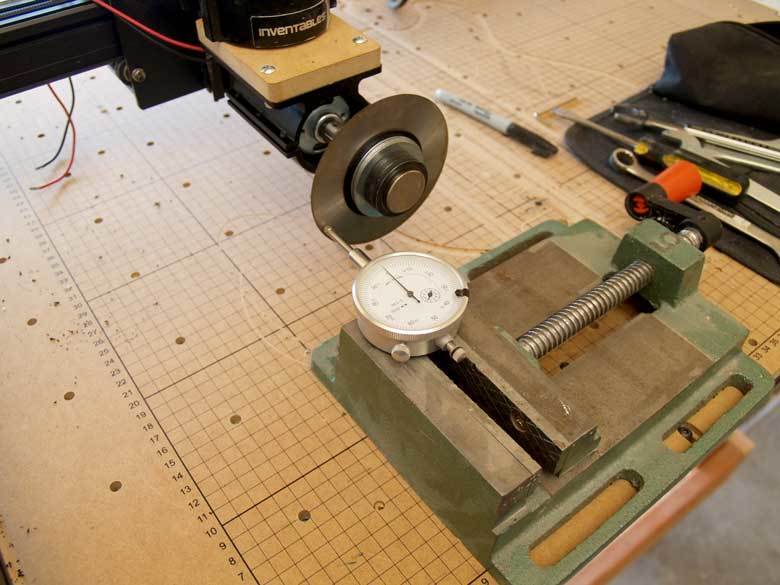 Brave to try it Chris, just a shame it didn’t work well enough for you. But might be good enough for someone else with a different application.

Nothing ventured, nothing gained. It’s better to have tried and not be successful yet still learn from the effort than to not try and learn nothing at all.

Also very possible to Draw something on Fusion360 for solid cube stock, make tool path for individual faces around, and run with spiral bit.

We use this method at a guitar manufacturer I work at, with a 90 degree head in his cnc mill. He used to have 2 blades .022, for rosewood and maple, and .023 for ebony. Need up just using the .022 for everything because of the oversized fret slots.
How many passes were you making?
Maybe if you went to a thinner blade it would work?
. Have you considered, after squaring it, adding some pins for locating it next time?
Anyways, The holder you made looks great. May have to copy it.