I was curious if any one out there has tried 3d scanning? I have an xbox 360 kinect sensor that i hooked up to the pc using the trial Skanect software. With the free version i have made a few cool scans which you can import into Fusion 360. Just down loaded mesh mixer and will see if i can figure out something cool. If anyone has any experience of ideas for work flows would love to hear about them.

I’d love to see some pictures of what you’ve scanned compared to screenshots of the Fusion 360 models. This sounds like a fascinating new use of the X-Carve.

I do a lot of 3d scanning, been working on a custom rig for about a year now for facial scans. Photogrammetry is the way to go for good scans, the kinect is very low resolution. here is a raw scan before touch up https://sketchfab.com/models/5c9ac359ef3b462ca675c01cc46c7585 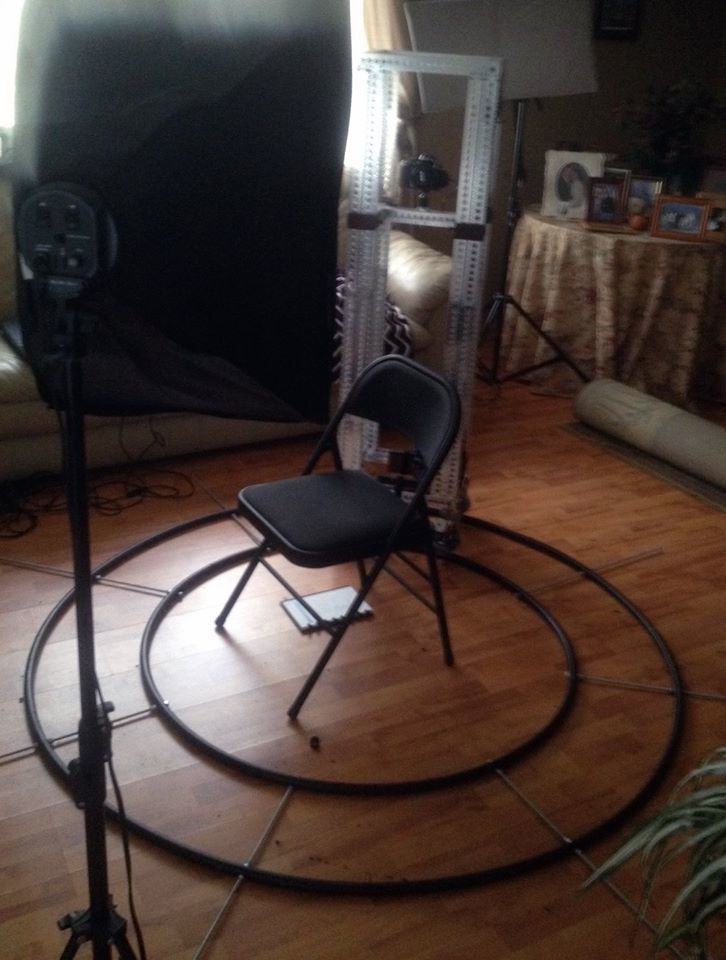 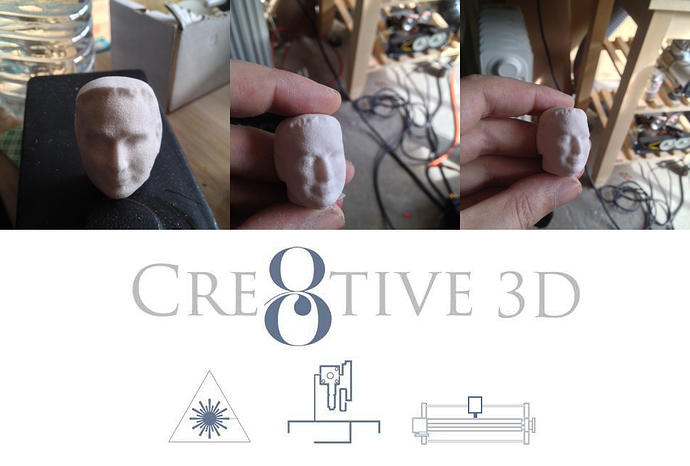 Agreed about photogrammetry and the limitations of the Kinect. I just bought the parts to build a home-brew photogrammetry setup on a smaller scale. It’s based on an Instructable I found a few weeks ago. The whole thing cost me $40:

Build a DIY Desktop 3d Scanner With Infinite Resolution.: If you already have a camera then this project will cost less than $50 to complete. If you like to shop on AliExpress you can probably build it for around $30. If you like to support your...

Outputs can be X-Carved (Yes, I just used ‘X-Carve’ as a verb) and/or 3D printed.

I love it thanks!!! I new someone here would be doing it!! I went with the kinect as i had it on hand. I was thinking the scans could be starting points for solid models in fusion. I will post once i get something worth showing. And by the way x carved is definitely a legit verb! 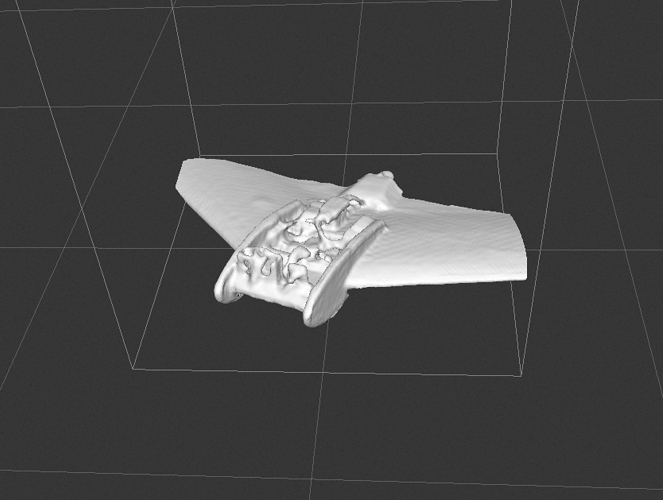 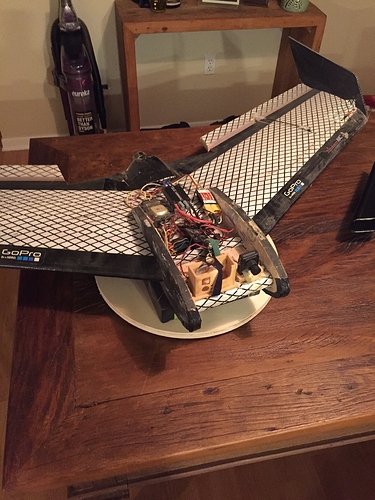 image1.JPG1224×1632 730 KB
came out more than ok for what i want to do. Unfortunately you can only export an low res mesh on the free version… might be coughing up the 120 bucks … not sure yet. Even with the low res export i imported a .stl into fusion then sculpted a cylinder around the model. Using the pull command i was able to wrap the imported mesh. Once i did this i was able to edit the sculpt into something that could be cut. The goal is to make a plug that i can then vacuum form plastic over for a canopy. I think this work flow is on the right track…
AK_Eric February 20, 2016, 11:37pm #7

Agree with above: I’ve messed with the Kinect\skanect in the past. It’s kind of fun to goof around with, but is way to low-res unless you want all your stuff to look like its made out of marshmallows.

http://www.agisoft.com/ : Great Photogrammetry software, highly recommended, can do amazing stuff with it, runs $179 for a standalone license. Or if you want to get your feet wet for free (but low-quality), check out Autodesk 123D Catch, runs on your phone.

I’m replying to this rather than start a new thread.

I picked up a x360 Kinect sensor and have been playing with scanning objects. This is my first attempt at a carve using one of the scans. 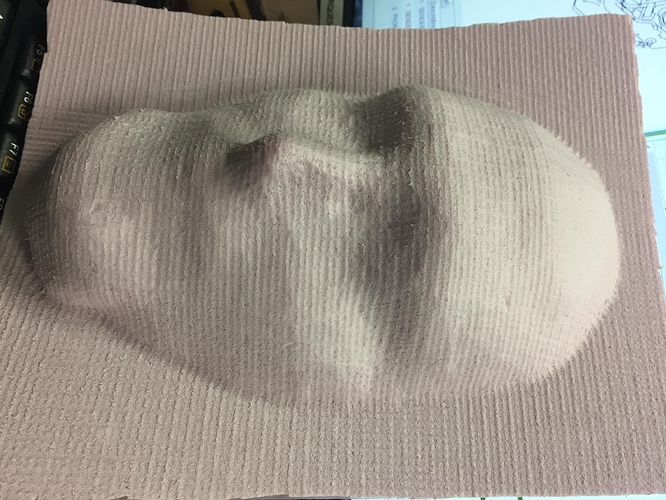 This is a scan of my face. It came out reasonably close, though I didn’t scale it to real size due to the limiatation of size from using 2in foam insulation board. I’m kind of excited for the possibilities that are opened up from this. The Kinect was only $16 from Ebay and the Skanect and Fusion software were free, so that’s not a huge bar to get over to get started.

I’m not 100% sure, I’ll have to play with it more to find out. So far I’ve only scanned my head and one of my guitars with it.

I’ve read that the Xbox 1 Kinect sensor does have higher resolution than the one I have, but it’s also more expensive. On the plus side for the XBone sensor, Microsoft has a free app designed to work specifically with that sensor in the Windows 10 app store.

do you have the limited or the payed version?
I am interested in the detail you can get.
I have some specific applications I would like to try as the photo based scanners I have tried do not fair as well.

You can actually get VERY good 3D scans out of the old 360 Kinect’s using Scanect.

Here is a bobblehead i made for one of my kids using my (ugly) torso scanned in with a 360 Kinect. 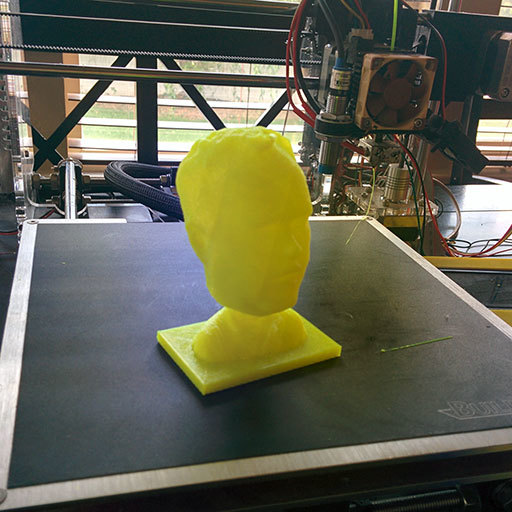 However… I’ve found modern ‘Photogrammetry’ software does a much better job. Using a phone/camera and something like Autodesk’s ReMake will create higher detail 3D objects than any version of the Kinect.

Here is a good example of how ReMake works…

I think I have a license for remake.
I will have to check 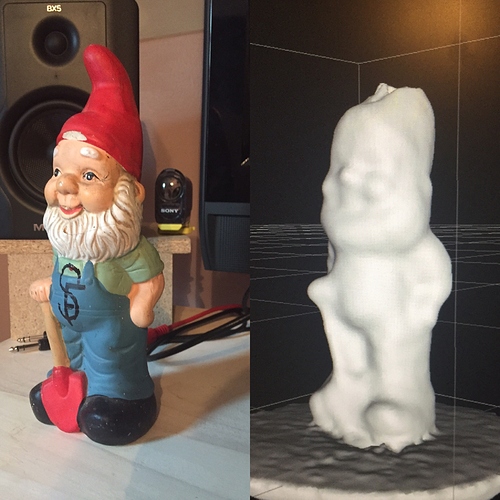 I did this just now. The shape is there, but the finer detail isn’t. Not bad imo for a $15 investment. For what I’ll use it for it should be fine.

I did this just now. The shape is there, but the finer detail isn’t. Not bad imo for a $15 investment. For what I’ll use it for it should be fine.

You should be able to get better detail from Skanect and a 360 Kinect… What settings are you using?

I use Artec Spider at work. for engenering purpose. We scan parts of machines, than we use Geomagic Control X to get a CAD file from prescanned data and then it it used for analysis and designing better devices. I cannot show you my wark as it’s under NDA, but you can see industrial examples of 3d scans here. We get pretty same quallity.

Ok checked and I do have a license for remake.
Its part of my package deal with Autodesk.